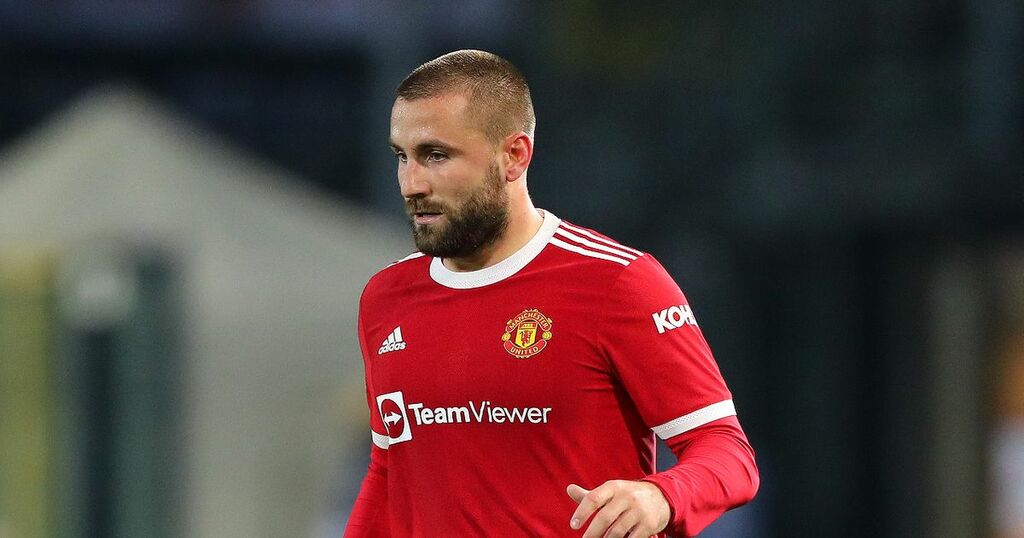 The Red Devils have the worst defensive record in the top-half of the Premier League, having conceded 21 goals in their 12 games so far, an average of 1.75 per match.

They have kept just two clean sheets in all competitions, though they only came after brilliance from David de Gea at Wolves and when up against Tottenham in Nuno Espirito Santo’s final game in charge.

The defensive issues where one of the main reasons behind the decision to sack Ole Gunnar Solskjaer, with the Norwegian showing no sign of being able to improve his back four.

Have Your Say! Should Ralf Rangnick drop Luke Shaw when he takes over at Man Utd? Comment below

Rangnick's XI : How Man Utd could line up as new boss looks to implement his own style

A mainstay of that back four has been Shaw, who has started every top-flight game and all but one Champions League match this term.

But after a hugely impressive season for the 26-year-old last year, Shaw has taken a step backwards this campaign.

The former Southampton man has committed one error that led to a goal, lost more than half of his defensive duels and has only had five successful 50/50 challenges.

His problems do not only show on the statistics pages though, with the left-back obviously struggling to form a connection with Harry Maguire - despite the two having shone for England together at Euro 2020.

The pair’s communication difficulties have directly resulted in several goals, while the hammering at home to Liverpool produced the farcical scene of Shaw defending on his own against five Reds attackers.

The defeat to Manchester City just before the international break also saw Shaw lose his man, leading to Bernardo Silva sealing his side’s win with their second goal.

Despite Shaw’s obvious struggles though, Solskjaer had been unwilling to promote Alex Telles into the starting line-up ahead of the Englishman.

Telles joined United from Porto ahead of last season, but has mostly been restricted to outings in cup competitions.

That is something that looks set to change under Rangnick though, who is on the verge of being confirmed as United boss for the rest of the season.

Last year, Rangnick was asked about which players that the Red Devils still needed to sign ahead of the 2020/2021 season.

His response to that question made it clear that he felt Shaw no longer deserved his place as first-choice left-back at Old Trafford.

“I also think that they could do with a left-back,” the former RB Leipzig chief said.

“I know they have Luke Shaw but I’m not so sure if he’s still on the same level that you need to be for a club like Manchester United.”

The final stages of Rangnick’s move from Lokomotiv Moscow sporting director to United interim manager are being worked out.

He will not be in charge for Sunday’s trip to Chelsea, but that game against the league leaders could be Shaw’s final chance to convince the German he belongs at United.