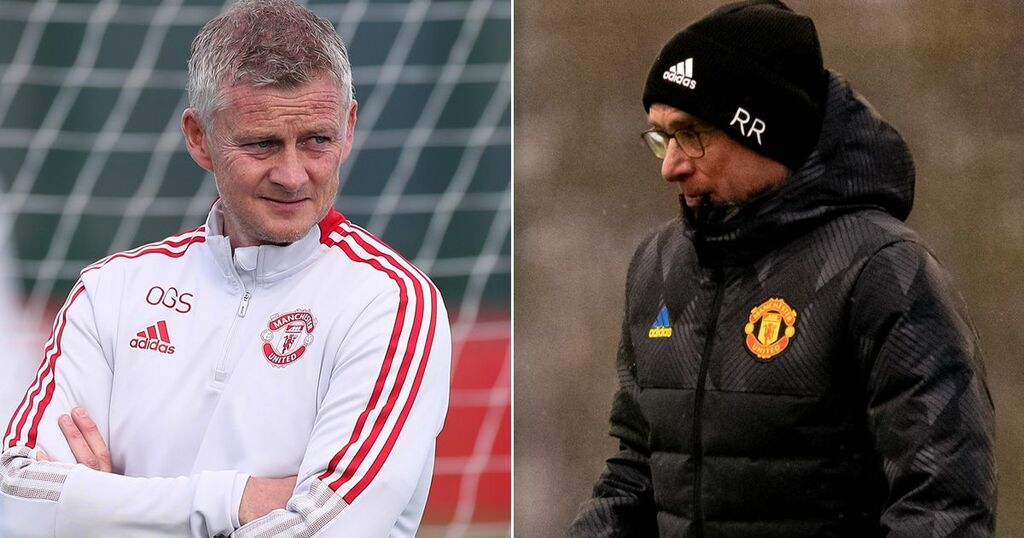 Rangnick replaced Solskjaer in the Old Trafford dugout on a temporary basis just under seven weeks ago and has already made multiple unpopular moves which have upset the Red Devils' star-studded squad.

A source recently told Mirror Sport that the 63-year-old, revered among his coaching colleagues, is viewed as "outdated and out of his time" at their Carrington training complex.

The source, who has a close connection to the United dressing room, added: "He is so unpopular, we don't like him."

After moving training sessions to the afternoon - meaning first-team players get home later - the acclaimed German coach will reportedly axe plans to head to Dubai during the Premier League winter break, starting on January 24.

Join the debate! Is Rangnick on thin ice already? Tell us your thoughts here.

The Mail report that the Red Devils are likely to stay in Manchester this month due fears of Covid-19, with Rangnick also being unhappy that midfielder Paul Pogba has undergone his rehabilitation in the Middle East rather than at Carrington.

Pogba is yet to feature since the 63-year-old was appointed on an interim basis due to injury.

Solskjaer had taken his former group players to Marbella during the break two years ago and the warm-weather trip is said to have proven beneficial for team bonding and tactics, with their season turning around afterwards.

The news comes ahead of the Red Devils' trip to face Aston Villa in the Premier League on Saturday, having narrowly beaten Steven Gerrard' s side 1-0 in the FA Cup Third Round on Monday.

United have once again been in the headlines this week after Cristiano Ronaldo insisted in an interview that his teammates need to improve their mentality.

Although he shut down calls for Ronaldo to be made permanent captain, interim manager Rangnick agreed with his star striker's demanding comments.

''I think this needs to happen in every single training session, in every game and of course it applies when things don't go our way during the game," the acclaimed German coach, in charge until May, explained.

"We have to behave in a certain manner, but it's also about being role models, not just the older players like Cristiano, also the younger players too.

"If I now look back into the last six weeks that I have been here, in all of the games, none more so than the game against Aston Villa on Monday, every player tried his very best.

"They were fighting for each other in order to fight and get through to the next round, but I also think that, from my perspective, there is always room for improvement. We can still get better, with the young players we have [who are] highly talented.

"We have enough older players, but in the end it's a team sport and it's a ball game where we have to play together. The older players, the younger players, all have to come together and be united on the pitch.''