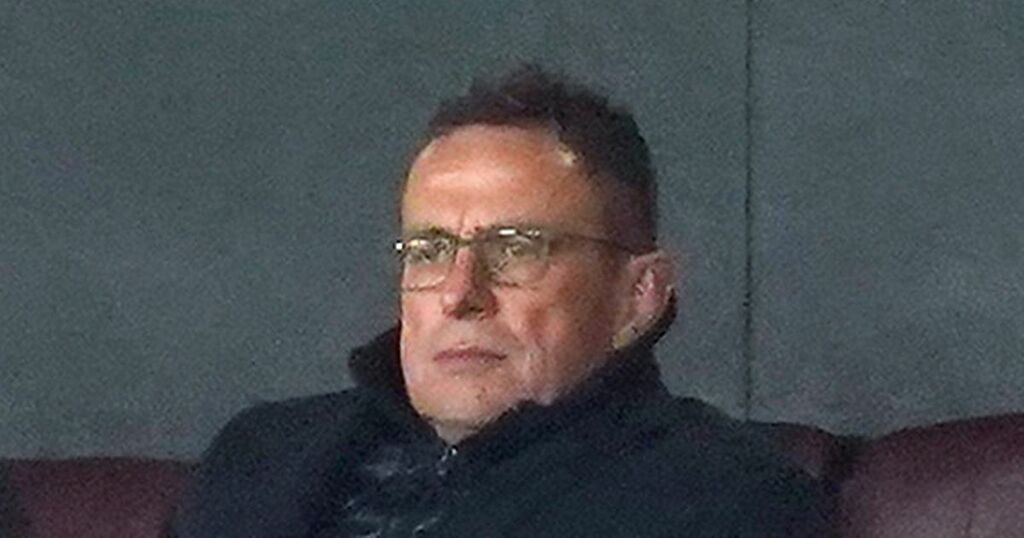 Ralf Rangnick has quickly gained an unwanted reputation at Manchester United and is unpopular in the dressing room.

A source told Mirror Sport that Rangnick is seen as "outdated and out of his time."

The source, who has a close connection to the Red Devils dressing room, added: "He is so unpopular, we don't like him."

Rangnick was strongly revered as an innovative coach who helped shape the careers of Jurgen Klopp and Thomas Tuchel.

But it has been some years since Rangnick commanded a touchline.

Have Your Say! Will Ralf Rangnick turn things around at Man United? Tell us in the comments.

United intend to move Rangnick upstairs at the end of the season to work a two-year consultancy role after helping the board make a new permanent manager hire ahead of the 2022/23 campaign.

Mauricio Pochettino and Erik ten Hag are the front runners for the job, but there are question marks over the Ajax manager's ability to make the step up from the Eredivisie to one of the world's biggest clubs.

For now, Rangnick's sole focus is improving Man United results so as to secure a top-four finish.

As things stand the Red Devils are six points outside of the Champions League places but have two games in hand over fourth-place West Ham.

"He arrived five weeks ago, and he changed many things, but he needs time to put his ideas to the players," Ronaldo told Sky Sports.

"It takes time, but I believe that he is going to do a good job. We know we aren't playing the best football, but we have many games to improve.

"Since he arrived, I think in some points we are better, but he needs time. It's not that easy to change the mentality of players and the way they play, the system and the culture like that. I believe that he is going to do a good job."

Man United take on Aston Villa on Saturday five days after securing a less-than-convincing 1-0 win over Steven Gerrard's side in the third round of the FA Cup.