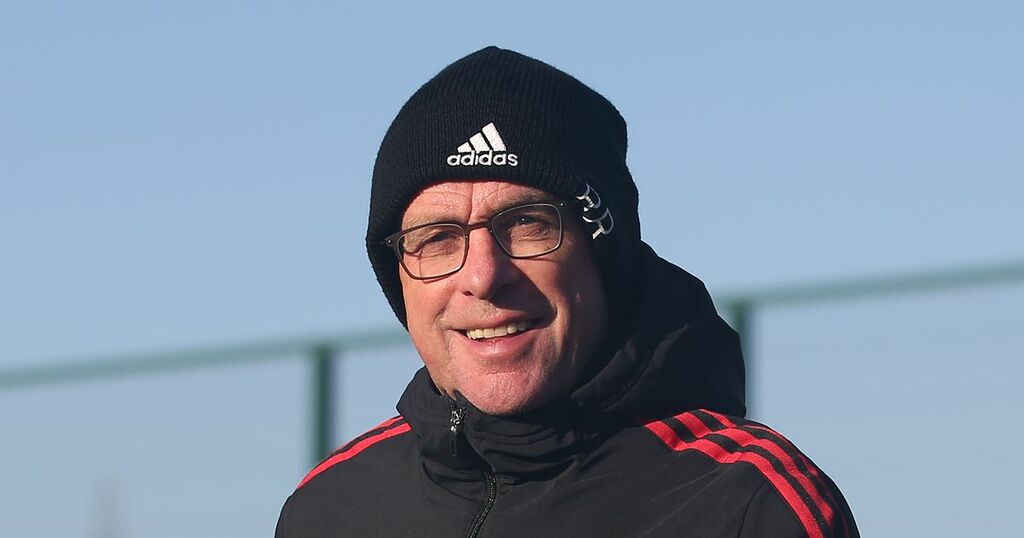 Ralf Rangnick has delivered a promise to Manchester United academy players as the interim manager continues to adjust to life in the Old Trafford hot-seat.

Having stepped into the breach to replace Ole Gunnar Solskjaer, the German has been met with challenges on and off the pitch.

Clocking up four in his seven games, so far, Rangnick was prevented from extensive time on the training ground as United had to contend with a Covid-19 outbreak before Christmas.

That also caused disruption to the first-team schedule with two matches being postponed.

Back on Premier League duty this afternoon, United are set to lock horns with Aston Villa for a second time inside six days - across two competitions - as the Old Trafford giants seek to underline their top-four credentials after the narrow FA Cup win against those same opponents.

As for the next generation, the U18s have also eased through in their own knock-out adventure.

Indeed, after overcoming Scunthorpe United at Old Trafford, the young guns defeated Reading in the fourth round of the FA Youth Cup - and Rangnick hopes to take a closer look at that developing talent as soon as possible.

Which academy player will break through next? Have your say in the comments section below.

During his Q&A interview for the MUFC website, Rangnick said: "Unfortunately, in the last six weeks, I haven't been able to see that many of the teams because of Covid, but also because of our own schedule.

"I very much hope this can change in the next couple of weeks because I like to see those teams personally, if they have the games to play. Of course, we have some of those players in our squad in training, but it's still important to see them play in their competitions."