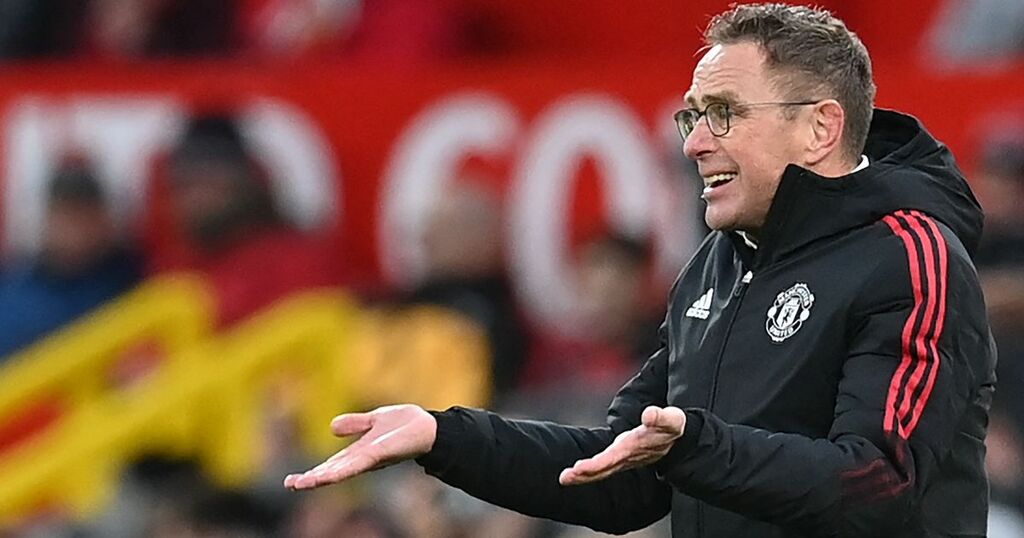 Ralf Rangnick has told his Manchester United players to up their work-rate and intensity levels if they want to be a top team.

Rangnick, in charge of United until the end of the season, has struggled to make an impact at United since replacing Ole Gunnar Solskjaer in November.

The German coach has a reputation for producing high-pressing and disciplined teams, but has so far failed to bring that to United.

United have won just three of their six games under Rangnick, losing 1-0 at home to Wolves in the Premier League a week ago.

Divisions within the United dressing-room emerged after that defeat, with Rangnick conceding several of his players are unhappy at not playing enough.

Can Ralf Rangnick turn the situation around at Manchester United? Have your say in the comments.

Rangnick also admitted there are players who want to leave, but warned them to be professional and knuckle down, despite wanting out of Old Trafford.

The 63-year-old has laid down the law again, warning United will never be a top team like Manchester City and Liverpool, unless they embrace his methods and are prepared to work hard.

"This is what we have to do. We have to develop into this kind of team and it's about implementing this into the team in a sustainable way. This is our job. We have to do it together with the players and we have, obviously, to develop the players, identify for each game, the players who are willing and able to do that and to deliver exactly what we spoke about."

United have not won a trophy since the Europa League in 2017, but Rangnick told his players they have to cope with the pressure of playing for such a big club.

“The pressure is on at a club like Manchester United,” said Rangnick. “I'm pretty sure the players are aware of that. In the end, it's about showing up when we play in front of 75,000 and we showed that against Burnley. We also showed it against Crystal Palace.

“The team is able to dominate games, to win games. Both games against Burnley and Palace that was the case and this is exactly what we have to achieve in the next weeks to help the team develop into a dominating team.”