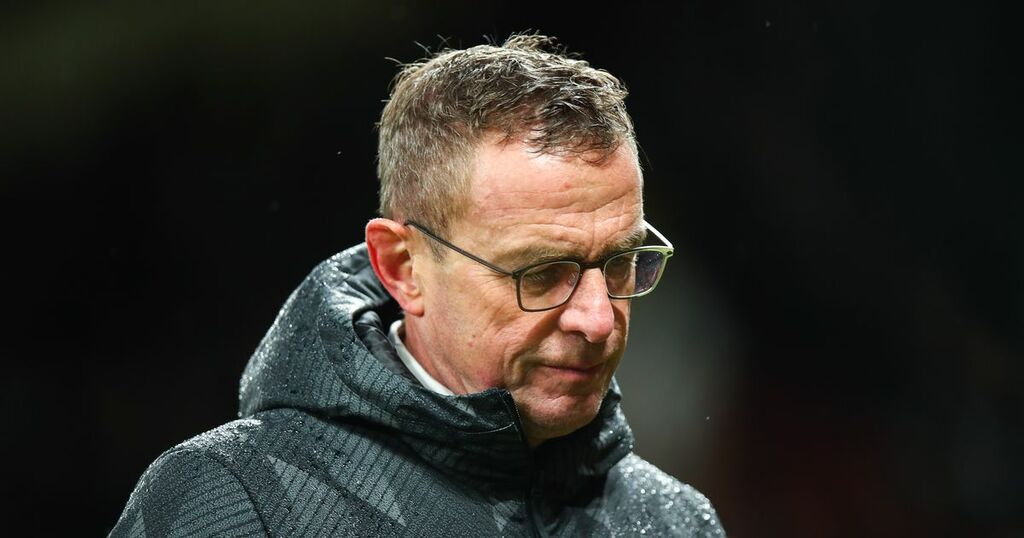 Ralf Rangnick is reportedly highly concerned at the level of his Manchester United players.

The German has also realised in recent weeks that he faces a much more difficult task than he first thought to get the Red Devils firing again.

United take on Aston Villa in the third round of the FA Cup on Monday, knowing they need a comfortable win to breathe some confidence back into the squad.

The 1-0 defeat at home to Wolves unveiled the cracks behind Rangnick's underwhelming start to life as interim boss, with a 1-0 win over Norwich and a draw at Newcastle not the results Rangnick would have been hoping for.

But with the same issues creeping up in the United side that Ole Gunnar Solskjaer had to contend with, it appears that Rangnick now realises the magnitude of the task at hand.

According to the Daily Mail, the German is surprised at the "malaise" in his side and realises a turn in fortunes to bolster the club back towards the top four is far from straight forward.

United are only four points behind fourth-placed Arsenal, also with a game in hand, but with a potentially toxic atmosphere on the horizon, if results don't come, things could turn ugly at Old Trafford.

Is Rangnick the right man to turn things around at Man Utd? Comment down below

Rangnick, who has typically opted for a 4-2-2-2 system, has been unable to play his usual 'rock 'n roll' style, despite boasting attacking talents like Cristiano Ronaldo and Bruno Fernandes, because of the issues that have crept up at the back.

Harry Maguire is enduring a miserable run of form and has failed to form the partnership with Raphael Varane many hoped he would.

But the club captain insists that he and his teammates are ready to fight for Rangnick after crunch talks begin the scenes.

He said: "I’m the captain and leader in the dressing room, and I’ve had private conversations with the players and the management which will remain private.

"Make no mistake about it, I’m here for the fight and I know my teammates are. I expect them to be and if they’re not then – like I said – there’s something wrong.

"We have a big squad. Of course, not all players will always be happy as they are not playing but that’s football and we all have to remain professional.”

The England centre-back also played down any rumours of unrest in the dressing room and maintained that his side's focus was firmly on turning results around.

He added: "We are all angry and want to do our best, which has probably come across on the pitch at times. But the team spirit is good, despite what people say.

"Being a professional footballer, you have to take criticism on the chin and react well to it. At the same time, you have to ignore the outside noise sometimes and just get your head down [in training].

"We know if we can put together a run of results then everything else takes care of itself."