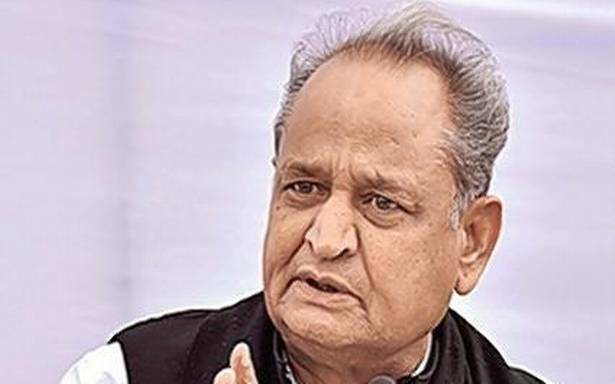 The Congress government in Rajasthan will reconsider a recently passed Bill to amend the Compulsory Registration of Marriages Act, 2009, in view of the concern expressed in certain quarters that it could encourage and legitimise child marriages. The Bill is pending with the Governor for his assent after its passage in the State Assembly on September 17.

Chief Minister Ashok Gehlot said at a function marking the International Girl Child Day here on Monday the State Government would urge the Governor to return the Bill for its legal scrutiny. “We will go ahead only after a thorough examination of the Bill... It is not a question of our prestige,” Mr. Gehlot said.

Rajasthan bill will have serious impact on minors, says National Commission for Protection of Child Rights

Governor Kalraj Mishra was stated to be studying the Bill following objections raised by the Opposition Bharatiya Janata Party as well as the civil society groups. The BJP, which had staged a walkout in the Assembly when the Bill was passed with voice vote, had petitioned the Governor with the plea not to give his assent to it.

Mr. Gehlot said while it was the State government’s resolve to stop child marriages at any cost, the Amendment Bill had been brought in accordance with a 2006 judgment of the Supreme Court making it compulsory to register all marriages of Indian citizens. Since a controversy had erupted that it would promote child marriages, the Bill would be re-examined, he said.

The Bill has sought to amend Sections 5 and 8 of the Act of 2009, dealing with the appointment of Marriage Registration Officers and the duty of parties to a marriage to submit the memorandum for registration. The amendment authorises women above 18 years to provide information of their marriage on their own.

While the Act stated that the parents or guardians of the bride and bridegroom were responsible to submit the memorandum if both the boy and the girl had not completed the age of 21 years, the latest amendment has reduced the age of bride to 18 years for casting the duty on parents to report about the marriage to the Registration Officer within 30 days of the union.

Parliamentary Affairs Minister Shanti Dhariwal had clarified while tabling the Bill in the Assembly that the provision for mandatory registration of all marriages, including the child marriages, existed in the Act of 2009, and the amendment had only reduced the age of girls from 21 years to 18 years for their responsibility to report about their marriage, which was earlier the duty of their parents.

The State government also clarified later that the Amendment Bill had been brought to protect legal rights of children, stop multiple marriages and take care of the matters related to maintenance and inheritance. It said the Bill would also streamline the registration process for marriages, without changing the status of the nuptial ties of minors, who had the right to get the marriage annulled upon becoming major.