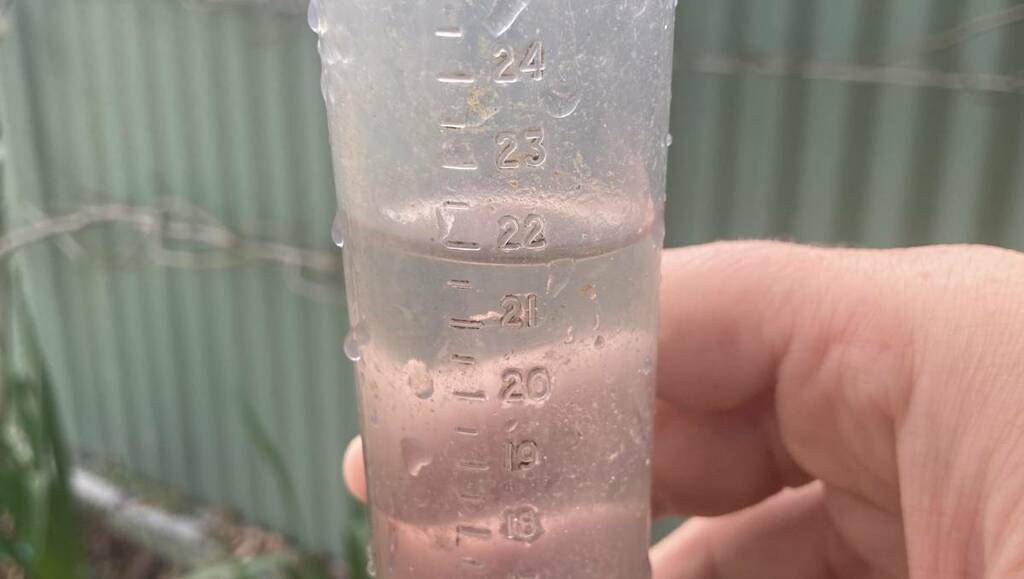 HIGHER than anticipated rainfall through the Mallee in South Australia, Victoria and NSW last Friday have reinvigorated ailing crops in the region.

Falls of between 15-25mm fell over much of the region, which was crying out for rain after temperatures soared into the mid-30s with strong northerly winds last Thursday.

Rainfall forecasts had initially been optimistic of substantial falls before declining rapidly in the two days before Friday, with just 1-5mm predicted for much of the region.

However, while SA / Victoria border areas further to the south, such as Edenhope, only received a couple of millimetres all up, a heavy band of rain went through much of the Mallee region.

John Gladigau, Bulla Burra Farms, Loxton, said he had received between 16-25mm across his property.

"At Loxton it was around that 25mm mark, at Alawoona (35km south of Loxton) it was more like 16mm," Mr Gladigau said.

"The rain came just in the nick of time, we were more than on a knife edge, after the hot day we were falling off that edge," he said.

However, Mr Gladigau said the rain had immediate effect.

"The crops responded immediately, they look quite good now, which is great given we've only had 100mm or so for the year," he said.

"This rain will give us a couple more weeks and hopefully we can get another decent rain in that time which will keep things ticking along."

He said some barley on lighter sand had been very hard hit by the heat but he was hopeful it would rebound, while wheat kept its tillers so has not lost yield potential.

"Realistically it has only put in what had been taken out by the heat but it still gives the crops a bit of time," Mr Howley said.

Similar to Loxton, Kyalite has been extremely dry this year, with only 135mm for the year, with a wet July the only exception to the drier than average pattern.

Mr Howley said he expected some yield potential had been lost with the dry and then last week's heat but said it was still realistic to hope for average crops.

"The potential is still there, obviously we don't have a lot of subsoil moisture so we'll need more rain but if we get that the crops can still go OK."

In Victoria, Rainbow, in the southern Mallee, received 20mm, but Mildura and the Millewa did not do as well, with totals generally only around the 10mm mark.

Further east, Victorian Farmers Federation grains group president Ash Fraser said there had been around 40mm in his local area around Rutherglen with falls of up to 50mm on the other side of the Murray River in the southern Riverina.

While it was damp he said the rain would not cause any yield loss.

"We never knock back September rain, there may be some waterlogging damage around but that is due to wet conditions in July not now," Mr Fraser said.

"The crops are growing really quickly and they'll use the moisture up, things have really good potential here leading into the business end of the season."