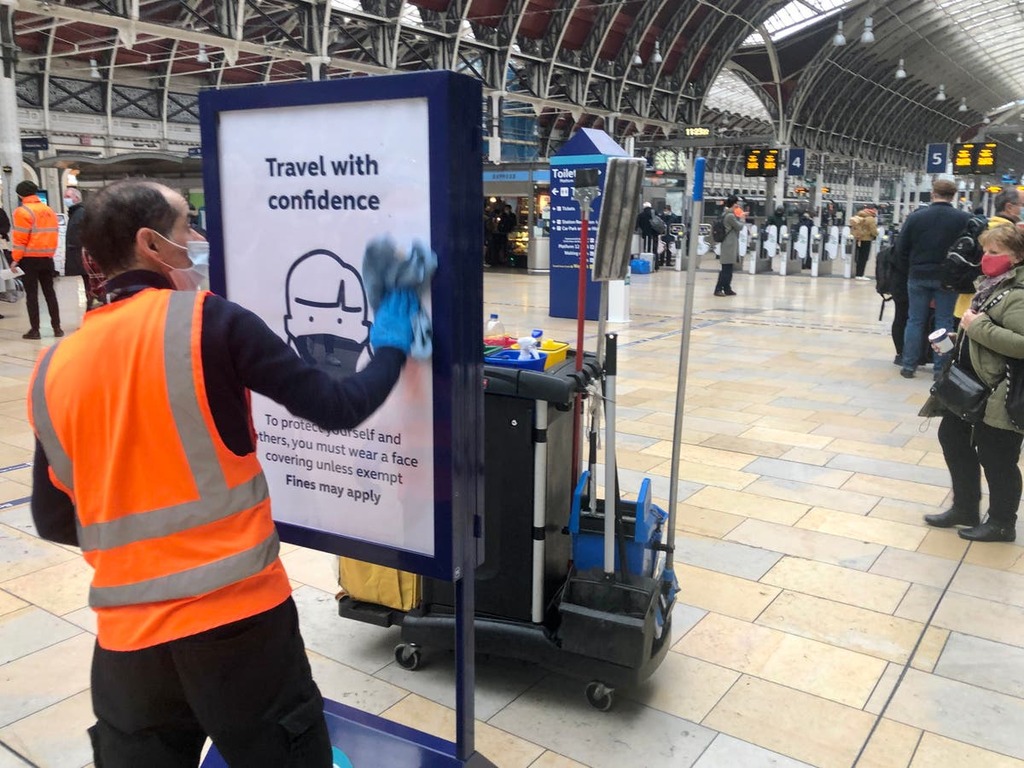 More rail firms have announced cuts to their schedules for the next few weeks, as new figures reveal the extent of the fall in passenger numbers.

From today, Southeastern – serving Kent, East Sussex and south-east London from the capital – has cut 7 per cent of scheduled trains.

The train operator said the reduction was triggered by “an increasing number of our colleagues affected by Covid and government advice that where possible people should work from home”.

Southeastern told travellers: “Passenger numbers have reduced significantly in response to the latest advice, and this small reduction to the timetable will provide sufficient capacity and connectivity for those still travelling.

“This change will enable us to operate a more resilient train service and is designed to prevent short notice cancellations.”

Commuters using GWR, which runs to London Paddington from the Thames Valley, South Wales and the West of England, will find around 20 inter-city trains cancelled each working day this week, along with dozens of local services.

GWR said the cuts will continue “for a short time – until the impact of the Omicron variant has reduced”.

Merseyrail has also brought in a reduced timetable.

SWR said: “The onset of the Omicron variant has led to a shortage of staff across our business – from drivers and guards to engineers and controllers. “These staff shortages have inevitably had a significant impact on our services, leading to short term cancellations.

“As a result, we will be introducing a new, consolidated timetable from Monday 17 January 2022. Our focus is on producing a timetable that is deliverable, so that we improve reliability for our customers, and caters to key workers, school pupils and those who cannot work from home.”

Details of the reduced timetable have not been revealed.

The moves follow a collapse in passenger numbers since the Omicron variant was identified.

According to the latest Department for Transport (DfT) figures, rail passenger usage has been below half that of pre-pandemic levels since Christmas. In the week beginning 27 December, ridership averaged just 36 per cent of normal numbers.

On the London Underground, the figure was 57 per cent.

Meanwhile London Victoria station has reopened to Southern trains after a 17-day closure.

The terminus was due to reopen on the first working day of the year, Tuesday 4 January, but the train operator delayed the restoration of services until today.

Southern warns: “We are operating a reduced timetable until further notice to ensure we can run as reliable a service as possible with the ongoing impact of coronavirus isolation and sickness.”

The Gatwick Express service between London Victoria and the airport remains suspended.