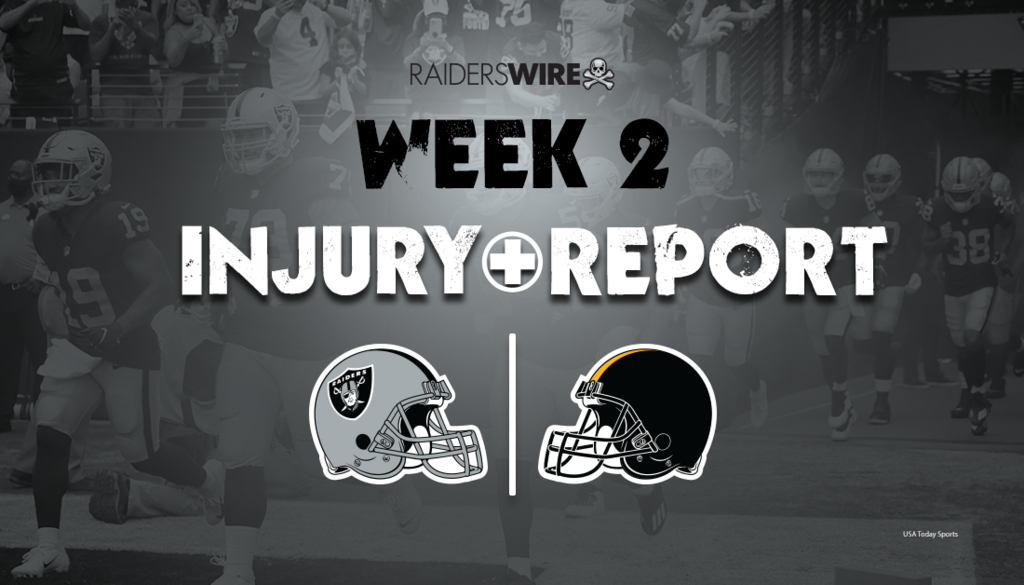 Monday’s win was a big one for the Raiders. But they paid a price for it. That price shows up on their Wednesday injury report. The team’s injury report is nearly a full page long.

Though it was a walk-thru only, there were eight players who did not take part and two players limited. Meanwhile, the Steelers had no players miss practice due to injury.

Eight of the Raiders missing or limited players suffered their injuries Monday Night. Richie Incognito missed the opener with a calf injury and is still not back.

Denzelle Good and Gerald McCoy will reportedly miss the rest of the season with their injuries, prompting the team to add G Jordan Simmons and DT Damion Square.

Josh Jacobs was clearly hurting from his foot injury during the game. He limped to the sideline several times and after the game when I asked him how he felt, he said “hurting” and added that he had to beg the coaches to let him play. Expect to see him not practicing most Wednesdays unless/until that injury clears up.

Yannick Ngakoue left Monday Night’s game with a hamstring injury, so it is a bit surprising to see he was merely limited. Hamstring injuries are often very serious, but in reality, the severity varies greatly. And it would appear Ngakoue’s injury is on the minor side. His status for this week will be worth monitoring for sure.

If he can’t go, Clelin Ferrell will likely be active after being inactive for Monday’s game despite being taken off the injury report prior to the game.