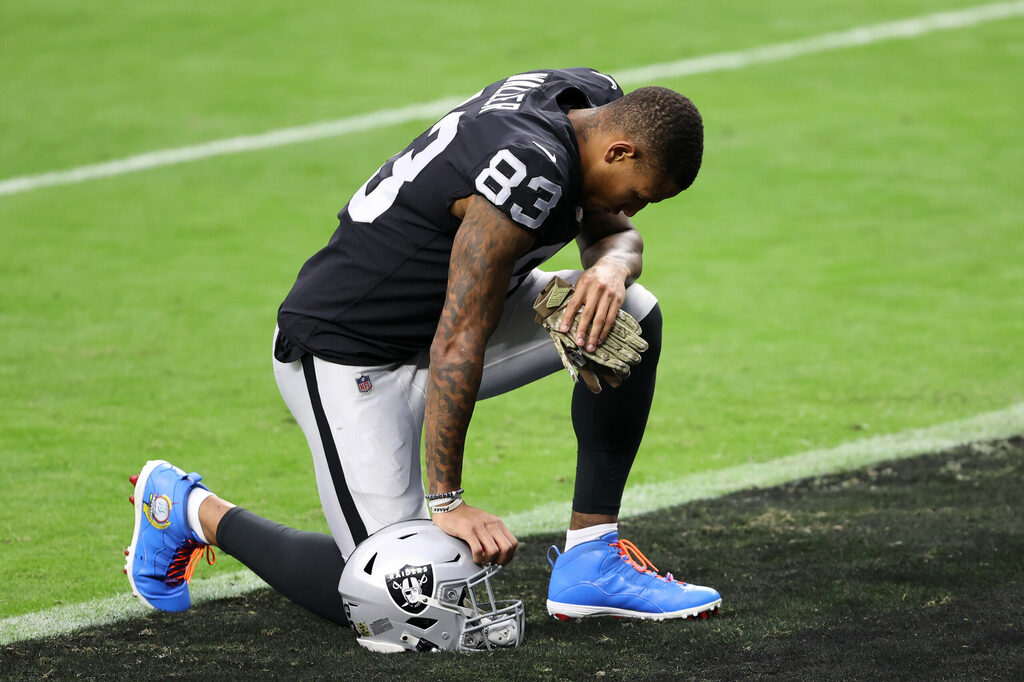 How Darren Waller got to where he is now — as one of the best tight ends in the game — is anything but ordinary. The former sixth-round pick was given several chances with his original team in Baltimore despite multiple suspensions for substance abuse. The team he is about to face to open the 2021 season, fresh off leading the league in receptions among tight ends (107).

Many times players can get up when facing their former team. But this situation, like most with Waller, is somewhat unique. The Ravens didn’t give up on Waller. They believed in his abilities enough to keep him around in the hopes that he could kick his addiction and live up to his potential. Unfortunately for them, the Raiders took that chance on him before they could.

Late in the 2018 season, the Raiders signed Waller off the Ravens’ practice squad and almost instantly the 6-6, 255-pounder showed off star qualities, and soon earned a long-term extension that already looks like a bargain.

So, while some players may look to stick it to the team that gave up on them, Waller looks at the Ravens as the team that helped get him to where he is now.

“As a human being I’ll naturally reflect on my times there,” Waller said of facing the Ravens. “It will be cool to see people there that I knew and had worked with before, but it will be a normal game for me. There’s not any kind of hard feelings or resentment or anything like that. They didn’t even have to give me a chance to be on the practice squad, they could’ve just cut me before that. They had no reason to bring me back, but they still did. They gave me an opportunity and allowed me to improve upon my skills and take advantage of this opportunity I’m getting here, so I’m grateful to them. But once the ball is kicked off I got plenty of things to worry about as far as scheme and just seeing how they’re going to be covering me and the rest of the offense, so it’ll just be normal football.”

Waller was in Baltimore for the better part of four years. One of those seasons (2017) he was suspended and the final one (2018) he spent on the practice squad until the Raiders stole him away and he appeared in the final four games that season.

In the following two seasons, Waller has averaged 1170 yards with 12 total touchdowns and last season was named to the Pro Bowl after setting a new franchise record with 107 catches.

For that, he is grateful. Though I wouldn’t be surprised to see a few good-natured smiles over at his former team’s sideline when he makes a nice play or two.

Just to top it all off, it’s also Waller’s 29th Birthday, so what better gift to himself than to have a monster game to make his former team wish they had signed him back to the active roster before he could realize his potential elsewhere. Tonight that ‘elsewhere’ team will look to use the Ravens’ mistake against them.