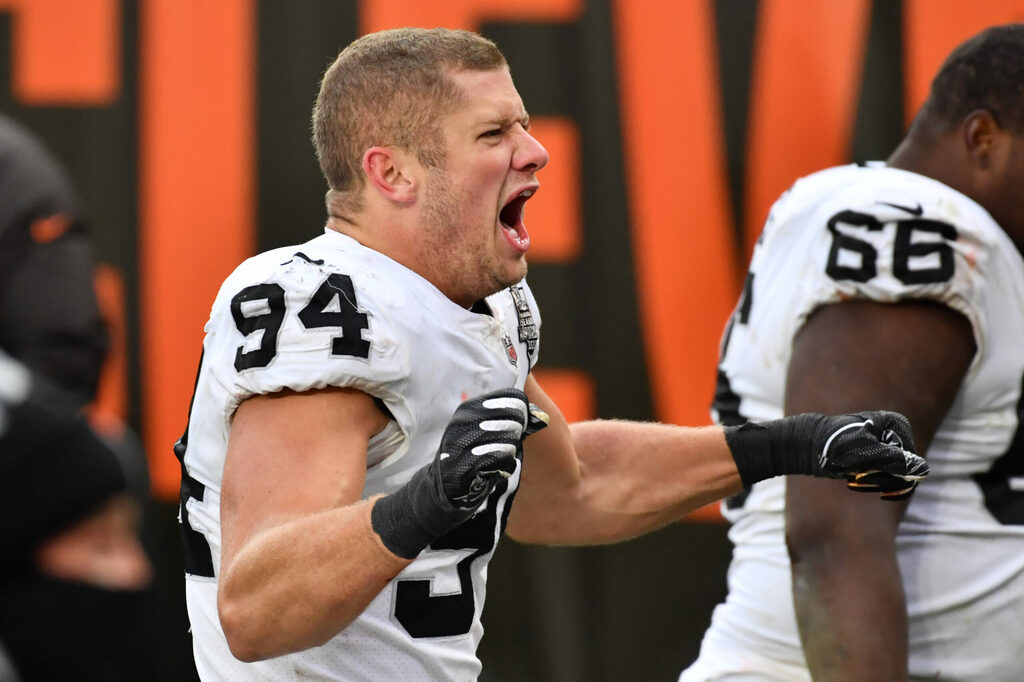 As the season inches closer, the Raiders continue to tweak their cap situation. The team signed veteran linebacker K.J. Wright on Monday, giving him a deal worth up to $5 million. To help create some more space for Mike Mayock and Jon Gruden during the season, the Raiders turned to Carl Nassib once again for help.

Earlier this offseason, the Raiders restructured Nassib’s deal, guaranteeing his spot on the 53-man roster. That move cleared over $4 million in cap space, giving the Raiders some more flexibility.

According to ESPN’s Field Yates, the Raiders have restructured Nassib’s contract once again, freeing up more than $2 million in cap space.

Nassib is now essentially a lock to make the 2022 roster, as well, given how much dead cap space it would cost to cut him. Nassib is coming off one of the worst seasons of his career as he was bench midway through the year due to poor play.

At the age of 28, the Raiders are hopeful that he can bounce back in 2021 and become a solid rotational backup behind Yannick Ngakoue and Clelin Ferrell. Nassib is entering his sixth season in the NFL, recording 20.5 sacks across three different teams.