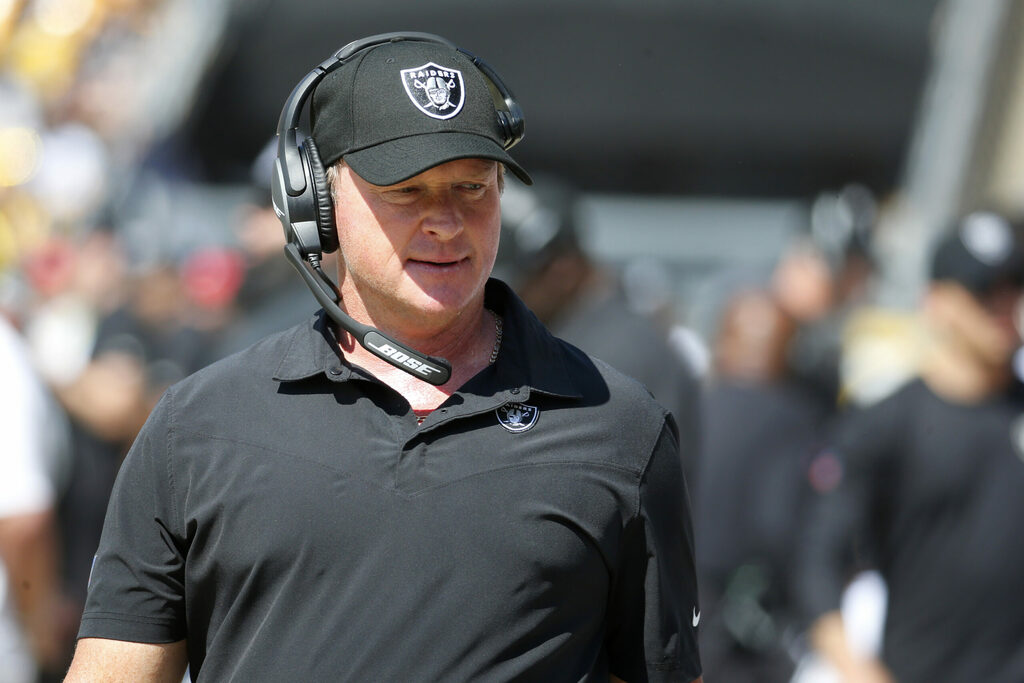 On Monday night, Jon Gruden informed the team that he will resign as the team’s head coach after a New York Times piece was written in regards to emails he sent back in 2011 to Bruce Allen. At the time, Gruden was working for ESPN and was not employed by the NFL, but it was clear that he could no longer continue to work in the league.

The piece showed a number of concerning emails with vulgar criticism directed at Roger Goddell, President Barack Obama and more. According to ESPN’s Adam Schefter, the Raiders received word of these emails on Friday but did not take action over the weekend.

Instead, Gruden coached on Sunday against the Bears in what was his final game as the coach for the Raiders. The news was first reported by NFL Network’s Tom Pelissero via his Twitter account.

Source: Jon Gruden just informed his staff that he plans to resign as #Raiders coach.

Gruden was hired by the Raiders at the start of the 2018 season. It was the second stint with the team and the Raiders were off to a strong start in 2021. They opened up the season at 3-0 for the first time since 2002, which is the last time the Raiders made the playoffs.