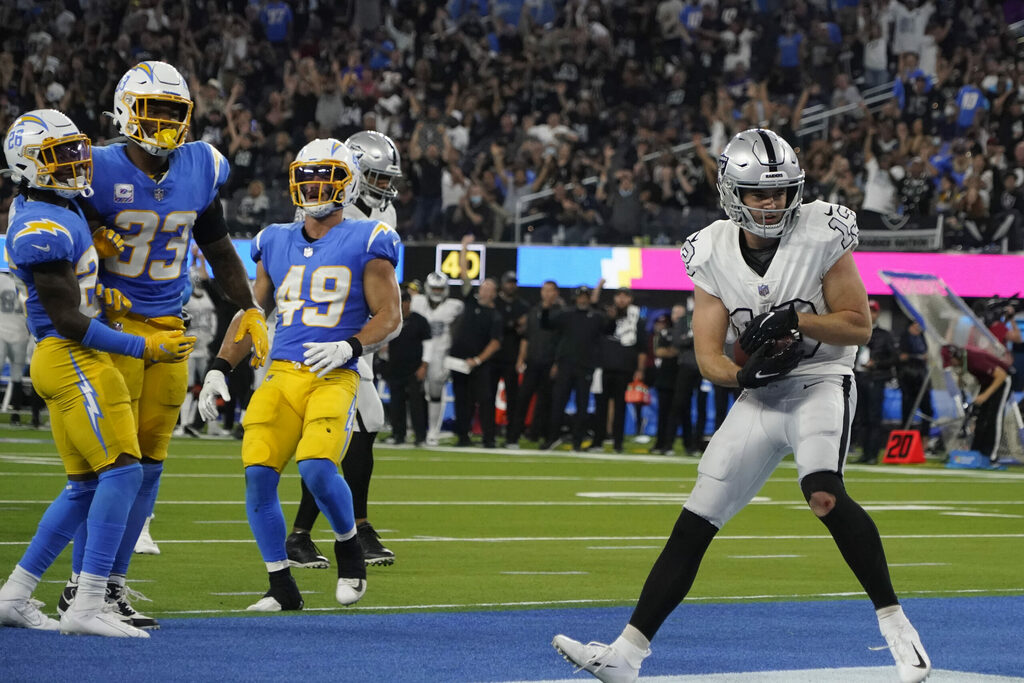 The Raiders suffered their first loss of the season, falling to the Chargers on Monday Night Football. Los Angeles led from wire to wire and ultimately won the game 28-14.

The Raiders did not start out well as they were down 21-0 going into halftime. The offense went four straight possession to start the game without gaining a first down.

They did score 14-straight points to open the second half, but it wasn’t enough. The Chargers were able to make enough plays, including a touchdown drive to go up by two touchdowns.

On the following drive, Derwin James intercepted Derek Carr and it sealed the victory for the Chargers. Las Vegas just never looked comfortable on offense as they weren’t able to sustain drives.

After their first loss of the season, the Raiders sit at 3-1 on the season. That is tied with the Chargers and Broncos for the best record in the division with the Chiefs sitting at 2-2.

The Raiders will have a chance to get back on track in Week 5 as they will host the Chicago Bears.