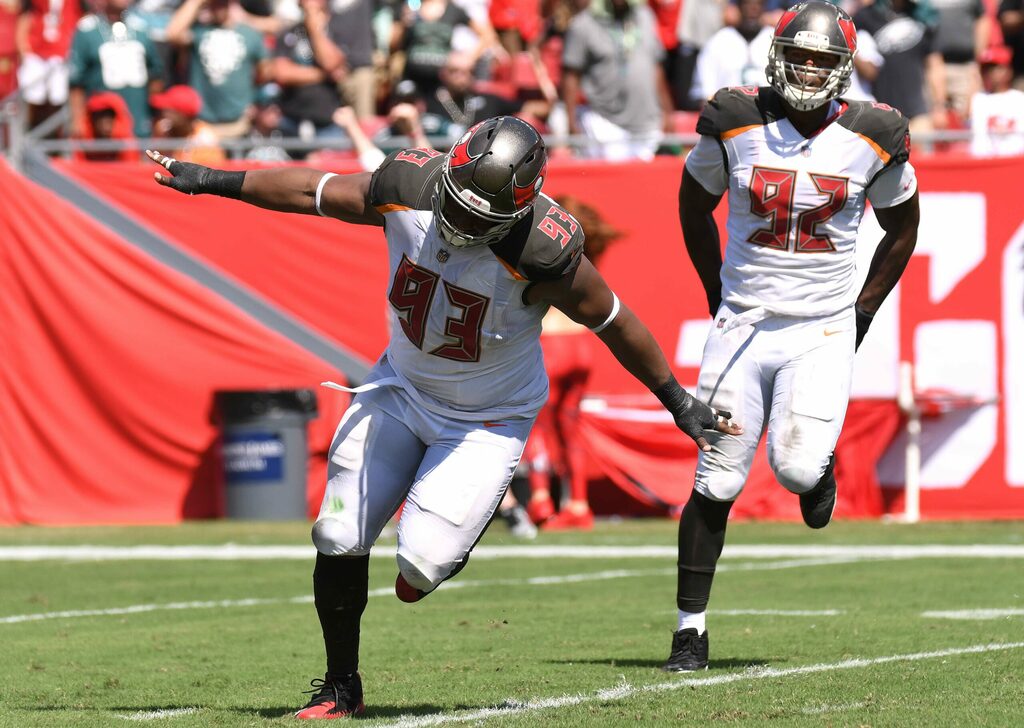 It didn’t look good when it happend and now we know why. Gerald McCoy will miss the rest of the 2021 season due to a knee injury that he suffered in Week 1, according to NFL Media’s Ian Rapoport.

#Raiders DT Gerald McCoy suffered a season-ending injury on Monday night, sources say. Another season cut short for the former multi-year Pro Bowler. The team announced it as a knee on MNF. Damion Square has replaced him on the roster.

McCoy signed with the Raiders just a month ago but was able to work himself back into shape after missing the entire 2020 season due to a quad injury. McCoy was going to be a valuable piece to the defensive line, especially when it came to stopping the run.

Without McCoy, the Raiders do not have a lot of depth on the defensive line. That is why they needed to sign Damion Square off the practice squad for the Bears. Expect the Raiders to continue to search for help at defensive tackle over the next few weeks.

As for McCoy, this might sadly be the end of his career. He’s played just nine snaps since the end of the 2019 season and he will be 34 by the time he is healthy enough to return to the NFL. If this is truly it for McCoy, he’s had a fantastic career after being the No. 3 pick in the 2010 NFL draft.