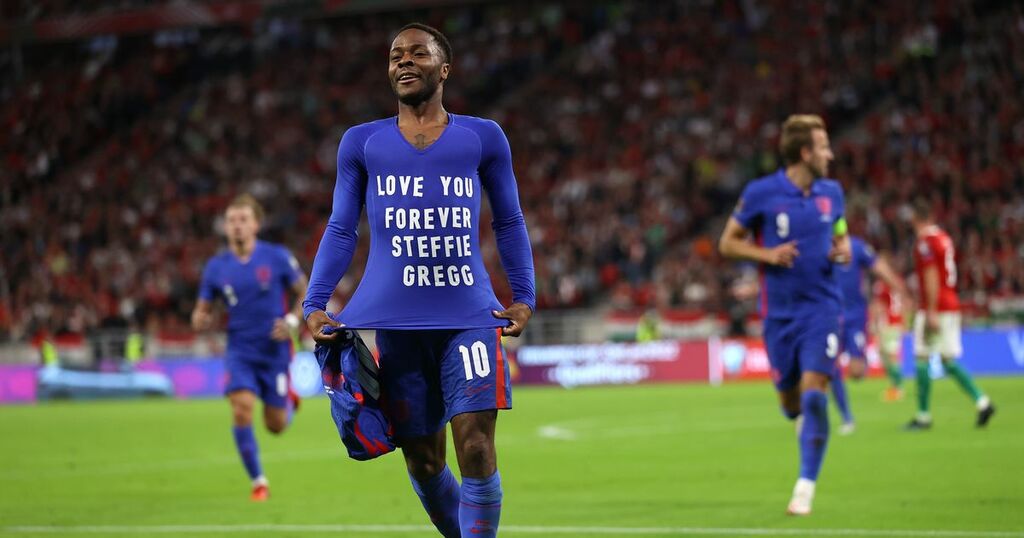 When playing for England, everything Raheem Sterling touches seems to turn to gold.

In his last 11 competitive international appearances, the City winger has scored five goals, three of which helped to propel England to the final of Euro 2020.

Off the pitch, he's inspired a new generation of football fans as the face of Gareth Southgate's socially conscious side.

When with the Three Lions Sterling is the main man, but at City his influence has waned somewhat in recent months. The reality of Pep Guardiola having so much talent at his disposal is that a slight dip in form can cost even a player of Sterling's talents his place in the starting XI.

Thus, Sterling has started this season much like he ended the last; benched in favour of another in-form English attacker.

However, if there's one thing the boy from Brent has shown throughout his career, it's that he never gives in, and by the time he meets up with the England squad again in early October, he may well have reinstated himself as Guardiola's go-to guy.

A quick glance at City's fixture list will show you they have a week from hell on the horizon.

Trips to Chelsea and Liverpool on September 25 and October 3 respectively fall either side of a Champions League trip to France to face Paris Saint-Germain - three away games against three world-class teams in the space of eight days.

It's a challenge that City will relish, but one that will test them to their limits. All three will provide Sterling with the opportunity to return to peak club form.

At 26 years of age, Sterling is just three goals shy of joining the prestigious Premier League 100 club, though City's one remaining league outing prior to their crunch week - a home clash with Southampton - offers the England man the perfect opportunity to edge closer to the milestone.

City's game with Chelsea on September 25 may well have a huge say in who claims this season's Premier League crown. The Blues have been tipped as Guardiola's side's biggest challengers in this season's title race after Thomas Tuchel's men pipped City to the Champions League crown back in May.

Even with the season still in its relative infancy, City's trip to west London could be a vital one in this season's title race, and you wouldn't back against Sterling producing the goods for City when it matters most as he has done so often before.

Next up is their Group A Champions League game with PSG. Before a dip in form last season, Sterling had a magnificent record in the Champions League. From 2017/18 through to 2019/20, he scored 15 goals and provided nine assists in 27 appearances in Europe's premier club competition.

City eliminated PSG in the semi-final of last season's Champions League, but they'll have to be at their very best if they're to triumph this time around, with Mauricio Pochettino now able to call on the brilliance of Lionel Messi along with a host of other new signings.

Ten goals will see Sterling become the highest-scoring Englishman in the competition's history. He's unlikely to break that record this campaign, but the target will no doubt be in his mind in every European outing moving forward.

Last but not least is a trip to Merseyside. As is well documented, Sterling doesn't usually fare well when he faces former employers Liverpool. Having said that, he did score when the two sides last met as City strolled to a 4-1 win at Anfield.

A 100th Premier League goal away at a packed-out Liverpool? It almost sounds poetic, doesn't it? If Sterling needed any more motivation to put in a quality display at Anfield, he now has it.

On his England star, Southgate said this week: "I do think he doesn't really get the recognition he deserves. He often goes under the radar and almost seems to have to continually prove himself."

Truth be told, it's an accurate description of Sterling's City career, but that doesn't deter him one bit.

September and October are huge months for City that could dictate how successful their season will be. The same can be said for Sterling.

Do you think Raheem Sterling will win back his place in Pep Guardiola's starting XI? Follow our new City Fan Brands Writer Alex Brotherton on Twitter to get involved in the discussion and give us your thoughts in the comments section below.