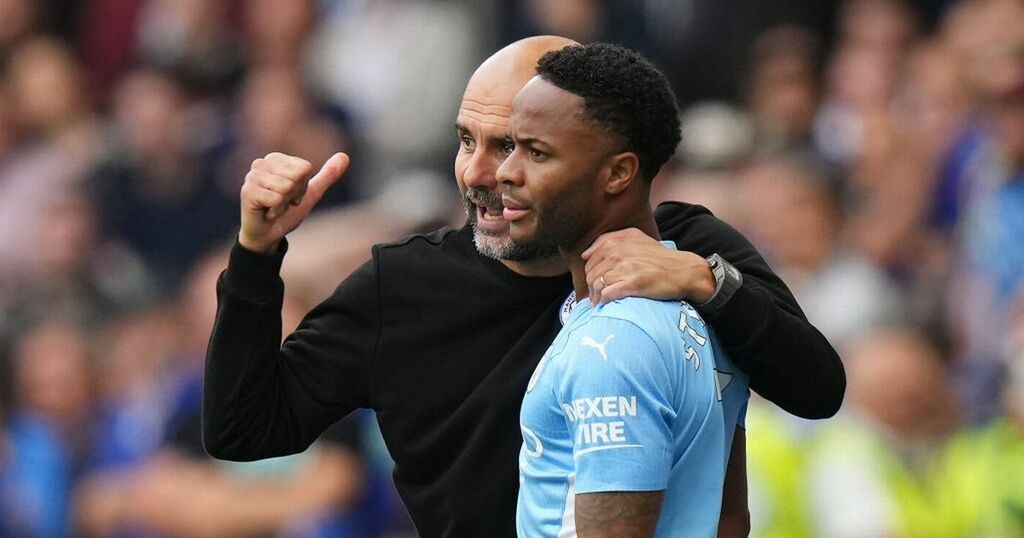 Raheem Sterling will not resume contract talks with Manchester City until there is further clarity over what kind of role he will play under Pep Guardiola.

Sterling has another two years left to run on his current deal, but is stalling over penning an extension after recently falling out of favour as a first-team starter.

Of City's seven Premier League fixtures this season, Sterling has started just two - making cameo appearances off of the substitutes bench for the remaining five, completing 90 minutes on one occasion in the 0-0 home draw with Southampton.

Sterling's recent demise at club level comes as a surprise given the stellar showing he gave at Euro 2020 for England, the forward bagging three goals as the Three Lions reached their first major tournament final since 1966.

The 26-year-old is thought to be desperate to feature more in the Premier League, so much so that his recent lack of game-time has cast his City future in doubt.

The key to future success at the Etihad could be a tweak to his game tactically, Sterling reportedly held a heart-to-heart talk with Guardiola - vowing to impress in a more central role.

This switch in his positional play could revive his flatlining City career, given their desperate need for a goal threat through the middle of their attack.

Sterling would have no shortage of potential suitors if he were to up sticks and move from the Etihad.

La Liga giants Barcelona are rumoured to be monitoring his situation, despite their perilous financial situation.

It is likely that the potential move to the Camp Nou would at the very least interest Sterling, given his previous comments on playing elsewhere.

Two years ago, Sterling told GQ : "Looking at it now it's like, Manchester, I love it. I love it here. This is one of the best clubs in the world and I'm here for the long haul.

"But you just don't know what happens in the future. I'm still young and, like I say, I am loving every minute. Ever since I was a kid, 100 per cent it's always been a dream of mine to play abroad somewhere.

"It would be nice one day to finish training and go home and sit in your garden and eat some dinner.

However, City remain adamant that Sterling is not going elsewhere anytime soon, with Guardiola heaping praise on the City star at the tail-end of last month.

Speaking after the Champions League clash against Paris Saint-Germain, the City manager said: "Raheem played really good as a striker against PSG. He created incredible spaces for all of us.

"I’d say Raheem can play good on the right, like he did in the 100 points season, he played incredibly good on the left when we got 98 points.

"And as a striker he always has the movements to create something for himself in front of the goal."