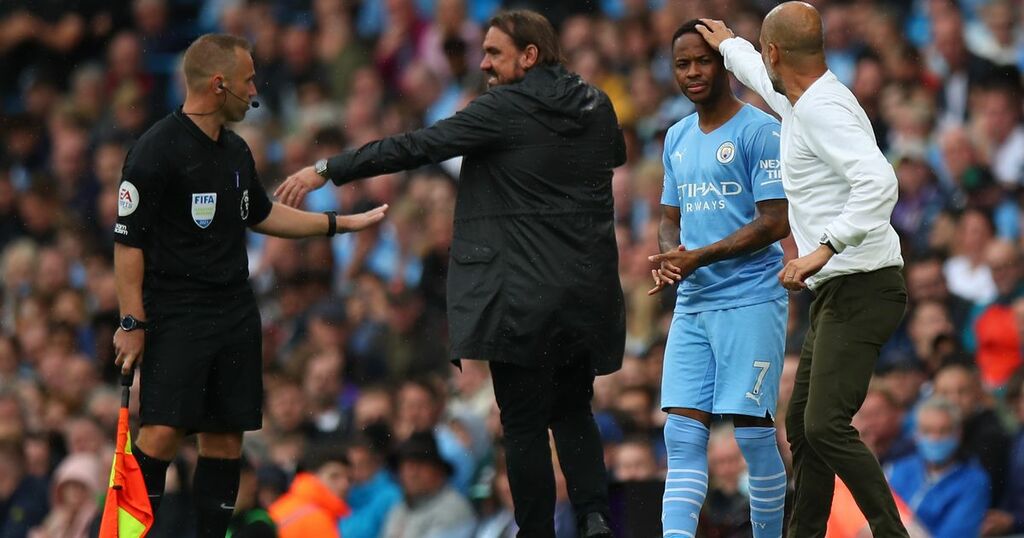 This season has picked up exactly where Raheem Sterling left things in the summer.

The Manchester City and England forward is still one of the most important players in the national team, getting the crucial breakthrough in the World Cup qualifier against Hungary. He also remains the poster boy for an England team fighting social and racial injustice, as shown by the depressing and defiant scenes in Budapest.

Back to football though and Gareth Southgate is again having to defend how good the player is given he has started two of the first three games for his club on the bench. If it felt promising that Sterling was parachuted straight into the City team at Tottenham after less than a week of training, he has since had to sit and watch new £100m signing Jack Grealish impress in his favoured position.

Someone who lost his place in the team last season to Phil Foden now has even more competition as Pep Guardiola fields more questions about Sterling's role in the manager's plans.

The way Sterling's move to City was portrayed, the continuing social and racial prejudices that exist in Britain plus the exceptional depth in Guardiola's squad coupled with his preference for collective over individual brilliance have all contributed to the reality that Southgate pointed out last week: “I do think he doesn’t really get the recognition he deserves," the England boss said. "He often goes under the radar and almost seems to have to continually prove himself."

It is easy to forget quite what the 26-year-old has achieved, both on and off the pitch, in an industry where the chase for trophies is relentless. Some people do keep track though, and it has not gone unnoticed in the Sterling household that the player is closing in on three significant milestones in his career.

In the Premier League, the forward is three goals away from becoming just the 30th or 31st player (Mo Salah is currently on 99) to rack up 100 goals in the competition and 13 away from surpassing Ryan Giggs to become the most prolific winger. Ten goals in the Champions League meanwhile will make him the highest-scoring English player in the history of that competition, and while that will probably take more than one season to achieve - his best in a single campaign is six - Harry Kane can't overtake him while he's playing Europa Conference League football.

If the pursuit of those targets will provide extra motivation for the player, he will only get encouragement from Guardiola to do so. The City boss adores wingers who score goals and the more prolific Sterling can be the more starts he is likely to get for club as well as country.

A name in the record books will undeniably give Sterling the recognition he deserves.