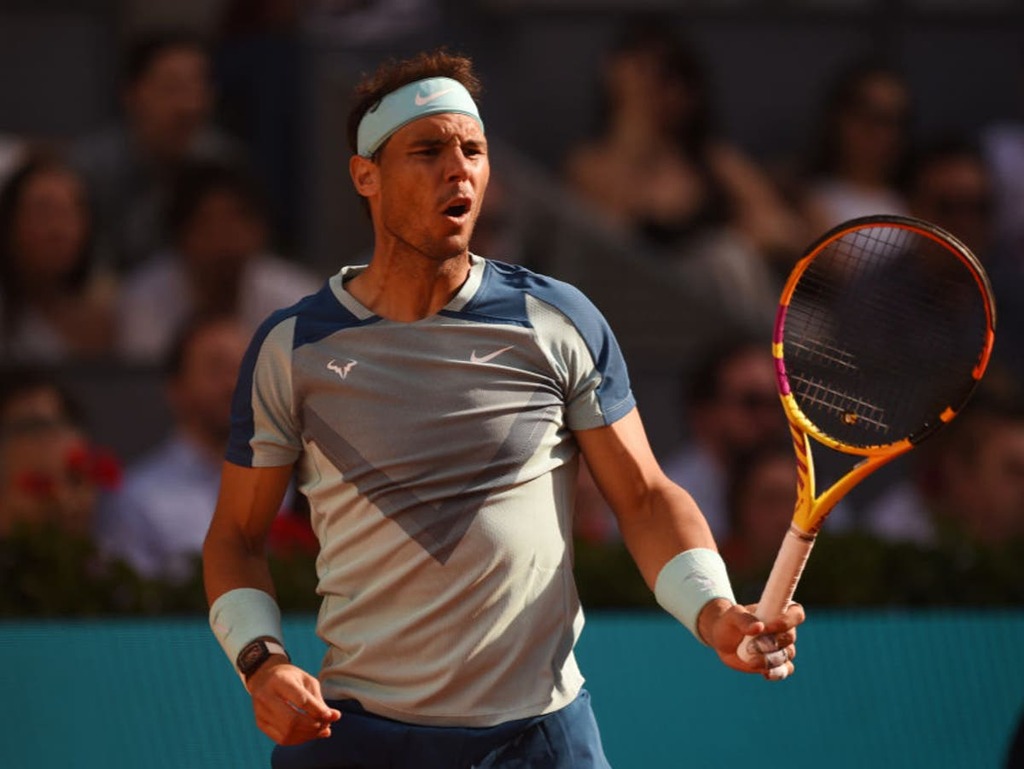 Wimbledon is in danger of losing its ranking points for this year’s tournament by the end of the week.

Wimbledon bosses took the decision to ban Russian and Belarusian players from competing, however a number of male players are…

Ukrainian tennis star and World No. 20 Elina Svitolina has been a vocal opponent of Russia's military invasion of her…

Also from this morning's Front Page newsletter: UK economy goes into reverse & crackdown on school truancy. Sign up below

The Telegraph
Get all your news in one place
Latest Sport news:

Evening Standard
Read news from The Economist, FT, Bloomberg and more, with one subscription
Learn More
World of football unites in support for Jake Daniels after he comes out as gay

Rafael Nadal believes it is his responsibility to defend the Russian and Belarusian players banned from Wimbledon. The All England Club sent shockwaves through the tennis world when their decision was made public last month.

Reports suggest Wimbledon and other UK grass court events will be stripped of official ranking points this summer due to their stance on Russian and Belarusian competitors. The decision from the All England Club came in response to Russia ’s recent invasion of neighbouring Ukraine.

The Board of the ATP met on Wednesday to discuss the next steps in the wake of some players being unable to participate in the sport’s most prestigious tournament. This comes after the player council, which includes Nadal and Roger Federer, voted in favour of stripping Wimbledon of ranking points, which needs to be approved by a seven-man ATP Board.

The idea of halving the number of points on offer is also on the table, another reason which may deter some players from competing in the UK this summer. Nadal claimed it is “his job” to defend those who have been barred from SW19.

He was questioned on Wimbledon’s ban on Russian and Belarusian players ahead of the summer’s Championship. "I don't have a clear opinion on the matter and I don't want to declare anything,” the 21-time grand slam champion said.

“[The] only thing we can do is be in touch with Wimbledon and the rest of the ATP management to do the things that work better to protect every single player in the ATP. At the end, that’s our job: to protect the players and to work [to] the benefit of every single player that we are representing.” There are some sympathies for Wimbledon bosses, who were said to have been pressured into taking action by the UK Government, and its zero tolerance approach to Russian involvement.

Tournament chief Ian Hewitt revealed the process behind the decision, saying: “The UK Government has set out directive guidance for sporting bodies and events in the UK with the specific aim of limiting Russia's influence. We have considered at length the options available. These are in effect two options: declining entries or allowing entries but only with specific declarations (against the invasion of Ukraine) from individual players. We considered a wide variety of factors. After lengthy and careful consideration, we came to two firm conclusions.”

He added: “First, even if we were to accept entries (from Russian and Belarusian players) with written declarations, we would risk their success or participation being used to benefit the propaganda machine of the Russian regime, which we could not accept. Second, we have a duty to ensure no actions should put players or their families at risk. We understand and deeply regret the impact this will have on all the people affected. We believe we have made the most responsible decision possible. We believe (given Government guidance) there is no viable alternative in this truly exceptional and tragic situation."

The growing feeling among ATP players is that competitors should not be punished due to the actions of their nation’s government. The Playing Council met in Madrid last week with a firm decision regarding any action to be taken against Wimbledon and fellow UK tournaments expected to be released later this week.

Wimbledon is in danger of losing its ranking points for this year’s tournament by the end of the week.

Wimbledon bosses took the decision to ban Russian and Belarusian players from competing, however a number of male players are…

Ukrainian tennis star and World No. 20 Elina Svitolina has been a vocal opponent of Russia's military invasion of her…

Also from this morning's Front Page newsletter: UK economy goes into reverse & crackdown on school truancy. Sign up below