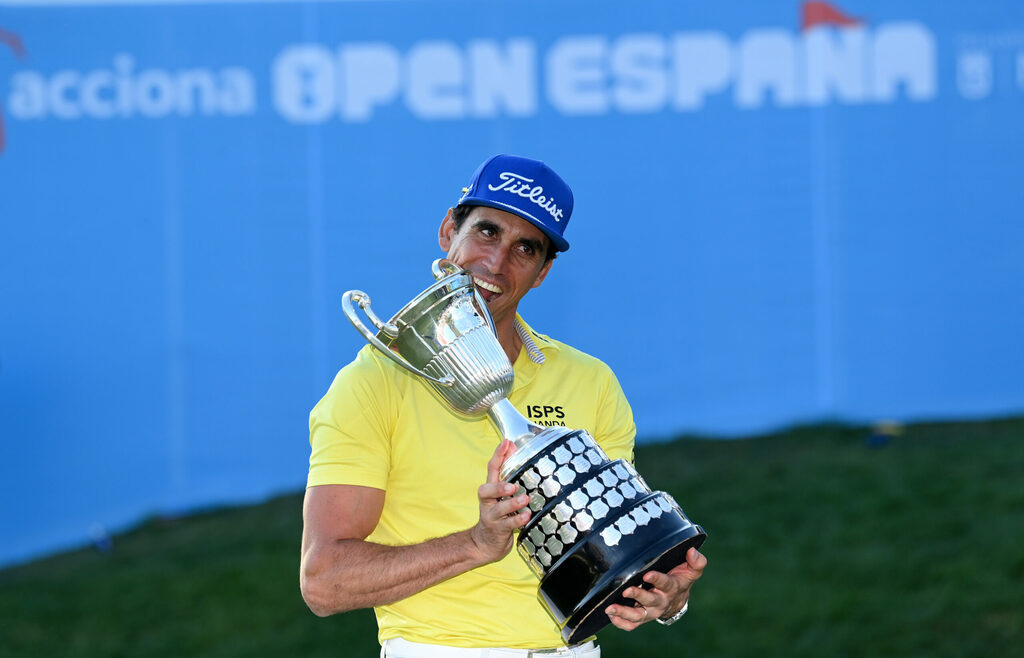 It was an all-Spanish playoff on Sunday in the Spanish Open, with Rafa Cabrera Bello fending off Adri Arnaus on the first playoff hole at Club de Campo Villa de Madrid in Madrid, Spain.

Bello drained a birdie putt and then thrust his fist in the air in celebration. He closed with a 69 while Arnaus shot a final-round 67 as the two finished regulation at 19 under.

Bello started the day with a two-shot lead, then saw it disappear with a double bogey on the first hole. He was then two shots back to Arnaus after nine holes but a clutch up-and-down from a bunker on the 18th hole forced a playoff.

Bello has now won four times on the Euro Tour but it’s his first win on the circuit in four years. He has slipped to 231st in the Official World Golf Ranking, but Bello now joins fellow Spaniards Seve Ballesteros, Sergio Garcia and Miguel Ángel Jiménez in winning their country’s national title.

“It was definitely one trophy that was on my bucket list,” Bello said. “To join my name to all those champions—Alvaro (Quiros) as well that I can think of—it’s very, very special.”

A putt to win your national open…

Grant Forrest, playing in the same group as Jon Rahm in the final round, missed the playoff by two shots but did close with a 28 on his back nine Sunday. He went par-par on Nos. 10 and 11 but then went six under on a five-hole stretch, going birdie-birdie-eagle-birdie-birdie on Nos. 12-16. He closed with a birdie on 18 to cap his day.