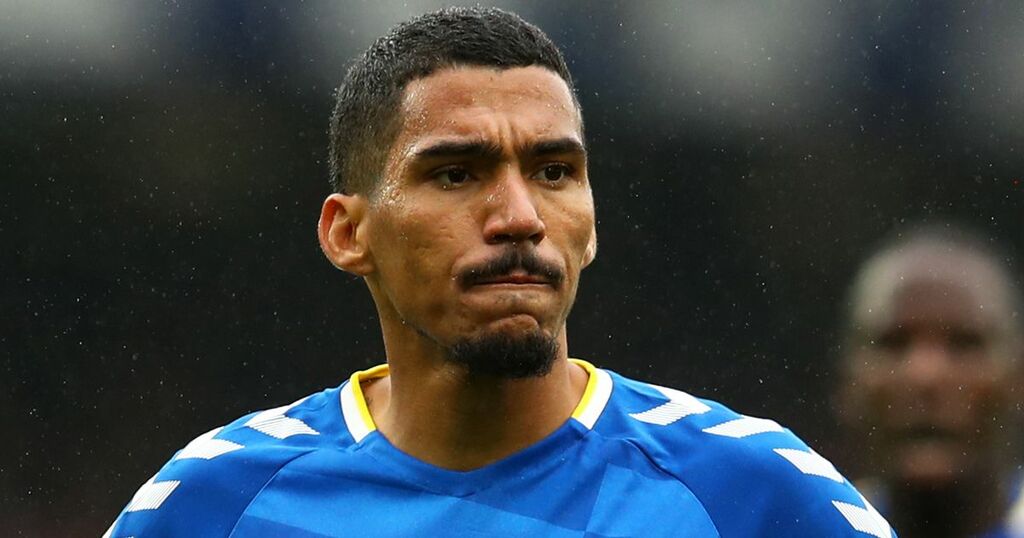 Allan weighted the ball beautifully and Demarai Gray did the rest against Brighton as Everton sealed a 2-0 victory in their last Premier League outing.

The Brazilian midfielder received the ball in his own half, marched forwards, looked up and, knowing Blues’ new winger is pacy and direct, arrowed a pass on the most perfect of angles for Gray to spring onto before firing home.

In the second half at the Amex Stadium, Allan was at it again, opening up his body to play a sumptuous through ball which cut the Seagulls in two and zipped straight onto the toe of Seamus Coleman’s run.

The defender’s diagonal run and the pinpoint accuracy of the past panicked Joel Veltman into a foul and Everton had a penalty which Dominic Calvert-Lewin tucked away.

Allan played the two key balls in the win on the road and he has rightly been lauded for the attacking impetus he has shown already this season.

In the opening game of the campaign with the Blues hosting Southampton, it was Allan, so rigid in his positioning last season as a deep-lying midfielder, who marauded forward and forced a save from the Saints goalkeeper early doors.

The 30-year-old has shown Evertonians he is the all-action player they expected to see when he first arrived from Napoli in a £20m deal in the summer of 2020.

Under Carlo Ancelotti, Allan was impressive and effective as he broke up play and covered every blade of the grass.

However, he didn’t really get forward and that strike at Goodison Park during the first game of this season meant he had already recorded exactly half of all the shots he struck on target last term.

During his maiden campaign, he wasn’t restricted as such but he stuck to his role as chief tackler, the man who broke up the play and kept the play simple.

Now though, in his first three games of this season, the Blues number six has been the all-action midfielder fans expected to see when he first arrived from Serie A.

Working in tandem with the energetic Abdoulaye Doucoure, were real midfield engines in August, running tirelessly from box-to-box as manager Rafa Benitez looks to get bodies forward when Everton break.

It seems Benitez is eager to squeeze every capability from his players. Rather than shoehorn them into one designated role, it feels this Blues side is playing with more freedom than before.

In the current system, players have been allowed to flourish and their qualities are being showcased, both defensive and offensive and a product of that is Everton have been winning football matches.

With an assist to his name already this season after failing to set up a goal throughout the 2020/21 campaign, Allan is positive thinking and proactive on the ball, helping Everton up the pitch.

Already he has played 40 forward balls, going backwards only eleven times. Last season, a third of his passes went towards his own goalkeeper rather than the striker.

Allan may now be picking out his attacking team-mates and creating in the centre of the park but Benitez’s side have been so efficient, it hasn’t detracted from his defensive duties.

He is still the top dog when it comes to stopping the opposition.

No other midfielder in the Premier League has made as many tackles as Allan who has put in a combined 12 challenges against Southampton, Leeds and Brighton. To prove his accuracy, seven central players, including Doucoure, have committed more fouls.

He is top when it comes to clearances too. Allan has booted the ball away from the danger on eight occasions, tied with Crystal Palace man James McArthur.

Allan has closed down the opposition more than any other midfielder too so far this campaign, and has tallied ‘29 successful pressures’ and also been involved in 39 defensive duels.

Whether it’s doing the dirty work or producing pretty passes, Allan can do it all.

He has rediscovered his attacking guile which made him one of the most effective midfielders in Europe and is showing his vision too.

The advanced role this season has brought about a new dimension to his game at Goodison Park, building on his supreme defensive proficiencies.