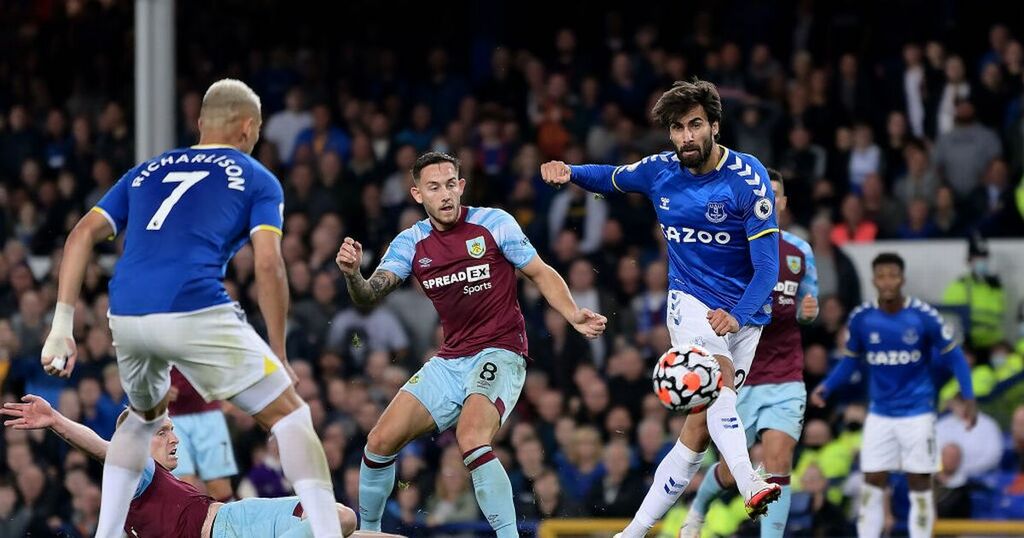 Everton's comeback victory over Burnley arguably was achieved after one decision made by Rafa Benitez.

Having started the match with a three-at-the-back formation, the boss had seen the hosts struggle to get a real foothold in proceedings before Sean Dyche's squad took a deserved lead.

Just as Michael Keane headed in the Blues' equaliser a few minutes later, the Spaniard had made his choice from the bench.

Andre Gomes was introduced in place of Ben Godfrey which saw a formation change for Everton, and gave the Portuguese midfielder another chance to impress.

Having done similar against Huddersfield and Brighton in appearances as a substitute, the 28-year-old had a strong effect on his side once again.

In the latest episode of our Royal Blue Podcast, Phil Kirkbride was joined by Gav Buckland and Dave Prentice to discuss just how good Gomes looked - and whether Benitez could finally be getting the best from him once more.

Gav: Because I've given him stick for the large part of his Everton career, I'm going to say Andre Gomes' performance when he came on was my highlight on Monday.

Phil: Just to interject sorry, I thought he was good when he came on against Huddersfield and Brighton as well late on.

Because I've given him loads of stick, even before the injury I didn't feel he looked a Premier League player. Obviously he's not starting games, he's coming on when it's slightly different.

But I thought again on Monday he was very, very good.

In particular there was one great pass out to the wide right which took out about four players when he came on, there was a nice chipped pass to Digne as well, and he should have scored.

Perhaps he needs to take tips from Townsend about shooting from distance! He put one in the Park End.

It's not a "moment" particularly, but Andre Gomes' performance as a substitute pleased me immensely, for someone I've criticised a lot in the past.

Phil: Let's pick up on that, although Gomes wasn't necessarily on the agenda today.

He's such a frustrating player because, as Gav rightly says, he's capable of purring on a football pitch and producing moments like he has done.

But he just can't find consistency. Is that ultimately why he left Barcelona and, with all the respect in the world to us, he's here at Everton at a team that finishes mid-table.

Dave: I think we need to cut him a little bit of slack because of what happened with the injury.

Prior to that, he had been one of our standout performances and was showing it consistently. He was the kind of player who, if he was taken out of the team, you feared him not being around.

He has struggled significantly to recapture anything like that form and consistency. So I'd like to think it's just a legacy of the injury he sustained, and maybe he's finally over that now.

It was an important substitution. I wasn't quite sure of the rationale to play three-at-the-back, I know Rafa afterwards said it was to nullify their threat, we may have to a degree but we certainly weren't controlling the game.

When we brought on the extra midfielder, whether that's just a coincidence or not, our purple patch seem to coincide with that and we did have a measure of control.

It was a good switch and you could argue Gomes' introduction helped bring that about. I'd hope we can see that more consistently now that he is completely over that problem.

Hopefully he'll be the Andre Gomes we saw pre-ankle injury.