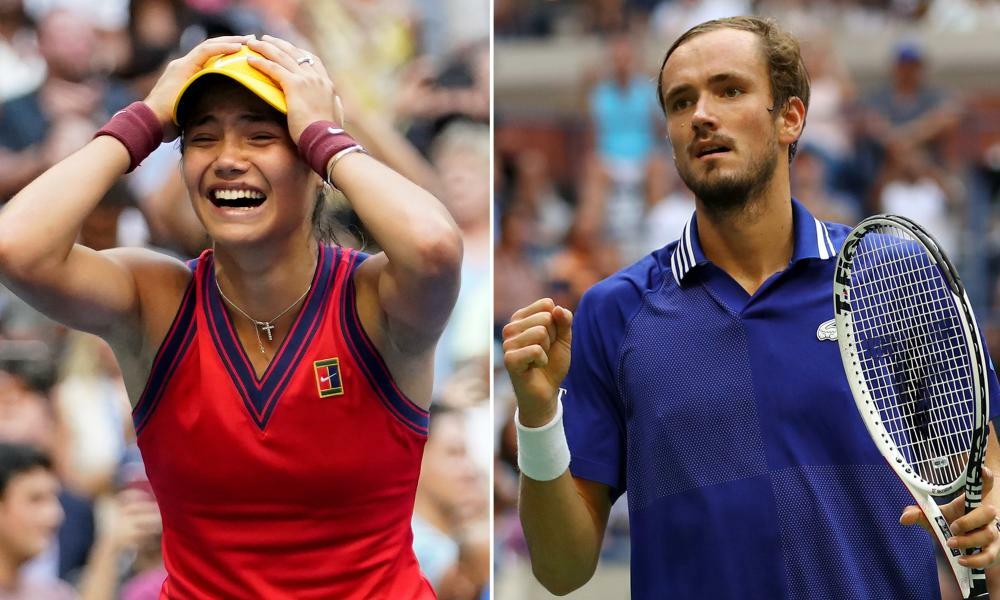 As Novak Djokovic sat silently in his chair after being thoroughly outplayed by Daniil Medvedev in the US Open final on Sunday, a match he had suggested may be the most important of his life as he chased the grand slam, his immediate emotion in defeat was not pain, anger or sorrow, but simple relief.

“I was glad it was over because the buildup for this tournament and everything that mentally, emotionally I had to deal with throughout the tournament in the last couple of weeks was just a lot,” he said.

Over the past fortnight, even as he struggled to play with true freedom in a long run of tight, extended matches, Djokovic had put on a brave face during his journey through the draw and he had drawn on his mental strength to reach the final. But, just as six years ago when Serena Williams came undone by the moment in the semi-final of the US Open of her own grand slam chase, here was the reality. The pressure of chasing the grand slam is brutal and unenviable.

Djokovic ends the year with a record of 27-1 at major tournaments and he will probably dominate many more majors, but this could mark the start of a tiny shift in the men’s game. The younger generation have been edging forward for some time, first beating Djokovic in best of three set matches and pushing him in the grand slams. Not only is Medvedev the second player born in the 1990s to win a major title, but he is the first to do so by defeating Djokovic or Rafael Nadal en route.

It would not be unlike Djokovic to use it as motivation for a searing run at the Australian Open, and his dominance is likely to continue, but Medvedev’s breakthrough should also be a source of inspiration for players who find themselves in favourable positions against Djokovic.

I definitely think guys are trying extra hard, because there is no Roger or Rafa

Beyond the finalists, these have been two of the most manic weeks in recent memory. In the absence of Roger Federer and Rafael Nadal, each day in New York produced a new batch of five-set matches, 36 in total. Along the way, there was a breakout run from another 18-year-old, Carlos Alcaraz, who toppled Stefanos Tsitsipas in the third round. Botic van de Zandschulp, a Dutch qualifier who had never played a professional tournament in the United States, scuppered two top 20 players and showed the quality and talent that exists beneath the top level.

Each player had a theory for the fierce competition but few were as convincing as Frances Tiafoe, who defeated the fifth seed, Andrey Rublev. “I definitely think guys are trying extra hard, because there is no Roger, Rafa,” he said. “I see guys foaming in the mouth. Pretty funny to watch, I’m in the locker room cracking up.

“You have [Andreas] Seppi like 37 [years old] playing 15-13 [in a tiebreak] in the fifth. What’s that about? Crazy. His 19th US Open, he’s putting his heart on the line. He’s probably not doing that if he plays Rafa the second round. Probably, like, ‘I’m done.’”

Should the men’s tour continue edging towards more parity, they will have at least one thing in common with the women. That draw was similarly filled with ballistic final sets as the returning crowds imbued the tournament with even greater significance. Shelby Rogers toppled Ash Barty, the world No 1, while the encounter between Maria Sakkari and Bianca Andreescu was physical and intense.

Four of those three-set moments were provided by Leylah Fernandez against a murderer’s row of multiple grand slam champions and top five players, including the defending champion, Naomi Osaka, as she won over the crowd.

That match also produced the low point of the tournament, however, as Osaka spoke about her unhappiness on the court. After tears began to flow, she shrugged off the moderator’s attempt to end the press conference and she explained her emotions, concluding that she did not know when she would next compete. She should take all the time she needs.

It has been clear for a long time there are many women who are capable of performing at a high level on any given day, producing deep grand slam runs and even winning majors. The youngsters, led by the early successes of Osaka, Bianca Andreescu and Iga Swiatek, have often brushed aside their first encounters with grand slam pressure, unburdened by the weight of history. Most unexpected results these days are rarely shocking.

But Emma Raducanu managed to produce one of the most shocking runs in recent years by entering the US Open with so little experience at the top level, becoming the first player to clear the field from the qualifying draw and doing it all without dropping a set.

During the trophy ceremony, the 18-year-old opened her speech by expressing her hope that she would face Fernandez – just a few weeks older and recently turned 19 – in many more finals to come. A smile lit up across Fernandez’s face, who nodded.

Both showed throughout the fortnight they are special players with well-rounded weapons, athleticism and on-court intelligence that can set them up well for life.

In their success they also highlighted one of the biggest topics. The talent pool is extremely deep and it contains an increasingly vast, varied group of young champions. But in the past few seasons, some of those have struggled to back up their early successes.

As they adjust to life on tour over the coming years, it will be instructive to see how they adjust and whether they can perform consistently well enough to build rivalries on the biggest stages. That would maintain the interest they have generated and ensure the good vibes established in New York last for a long time to come.

• This article was amended on 14 September 2021 to make clear that while Fernandez is 19 years old and Raducanu is 18, the age difference is a few weeks rather than a year.