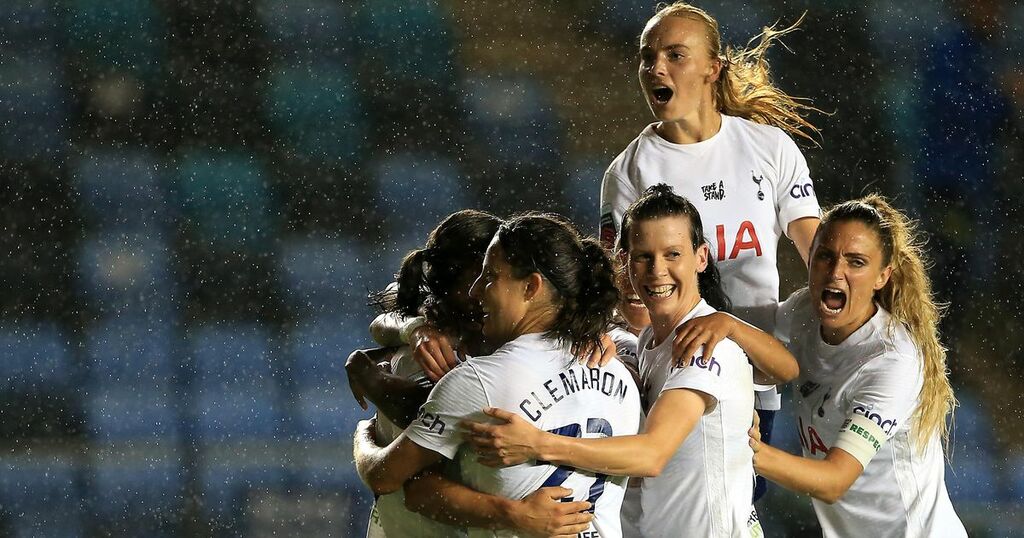 Rahcel Williams said Tottenham Women won't get "carried away" after their successful start to the season.

Rehanne Skinner's side made history and secured their second win in as many matches as they won 2-1 away to Manchester City on Sunday.

The north London club couldn't have asked for a better start to the season, after back-to-back wins and a maximum six points.

They put on a good performance to win 1-0 in their first match against Birmingham City and Sunday night was no different.

The game was played at the City Academy Stadium and the Spurs ladies would have been prepared for a tough game against the side who finished runners up in the Women's Super League (WSL) last season.

Forward Williams scored the equalising goal in the fixture and explained just how good it felt to win.

"Just can't put it into words," she said in a post match interview with Tottenham.

"We just grafted all week, we exploited their weaknesses and just knew if we stuck together, stay compact, made them go round the outside and deal with crosses coming in that we wanted to get something out of this game and we've done that, with the 2-1 win."

The Manchester side were the dominant team in the fixture, managing 18 shots to Tottenham's six, but the Lilywhites still managed to come out on top.

Williams explained that Spurs didn't let the early goal from Lauren Hemp in the sixth minute affect them.

"Obviously they got the early goal but it didn't phase us, because we just knew they pulled something out that we weren't prepped for," she added.

The winning goal came in the 86th minute and was a controversial one. The ball hit the hand of Rosella Ayane before coming off City captain, Steph Houghton, hitting the post and going in off keeper Karima Benameur.

The win made history for the Spurs women as it was the first time they had ever beaten Man City and fans on Twitter were quick to congratulate them.

@helenfootball said: "I’ve got to HAND it to Spurs, they played well tonight"

@TottenhamSweden commented: "wow, a real pat on the back for you! great achievement! COYS!"

Williams, 33, described her excitement for the season ahead.

"I think there's been talk this year about...we're pretty much the underdogs.

"We aren't going to get carried away," she said. "We'll just keep under the radar and we'll just keep ticking a box and we're happy to do that."

Before the loss on Sunday, Gareth Taylor's side were unbeaten in 33 games at home, but Skinner's team put an end to that run.

The Tottenham Women have an international break before they return to home turf and welcome Reading Women to The Hive.

Kelly Chamber's side are yet to win a game after losing to Manchester United and Arsenal in their opening fixtures, while the Lilywhites will be hoping to get their third win when they return to the WSL.