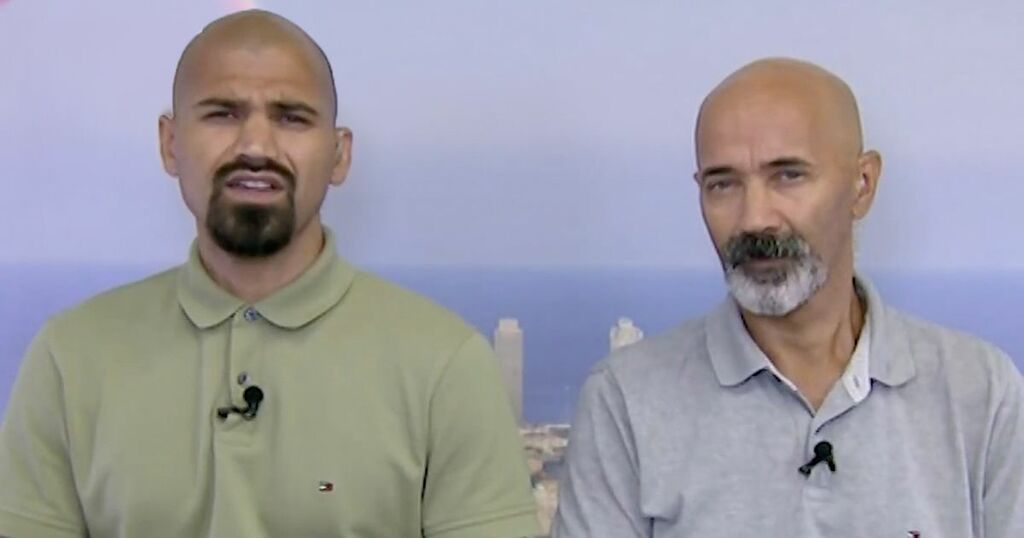 In 1992, the 23-year-old Rachel was walking her dog with her toddler son Alexander near their home on Wimbledon Common.

Nickell was then attacked and stabbed repeatedly by an assailant and then sexually assaulted.

Her killer Robert Napper was later convicted of her murder in 2008.

Speaking to Lorraine Kelly on her show Lorraine on Tuesday, Rachel’s partner André Hanscombe and their son Alexander Louis spoke from Barcelona about their new Channel 4 documentary Death on the Common: My Mother’s Murder.

During the heartbreaking interview, Alexander recounted the experience of witnessing his mother’s murder after Lorraine asked if remembered what happened.

Alex revealed: “Absolutely. I feel when we go through things as children and we go through a life-changing experience, as hard as it may be to believe, sometimes those memories may stay stronger with you than any other memories of your entire childhood.”

He continued: “For me, I remember my mother and me waving goodbye to my father that morning and I remember walking hand in hand with my mother beneath the summer sky with our dog, Molly.

“Everything happened so quickly. I remember a stranger coming towards us out of the blue, being grabbed, dragged, roughed around, my mother being roughed around as well.

“Seconds later, my mother collapsed next to me. I picked myself up as fast as I could - was there a knife? Was there blood? All the details people have talked about, absolutely, but it doesn’t happen like in the movies."

Alex went on: “It may be hard to believe but my mother looked like she was lying there peacefully, like in one of our imaginary games.

He remembered: “Somehow it felt like there was a guiding hand on my shoulders. I made my way out of the trees, back into the open spaces where families were sharing picnics, and they immediately came running towards me to help - they must have noticed the blood on my clothes, my battered face."

Alex recounted: “In my memories, the ambulance arrived and I was put to sleep by doctors and woke up in hospital hours later. I still remember all of that.

“What stays with me the most is that feeling we have all of our lives of being so close to someone and loving so much and if you’ve ever gone through that, to lose that, I know how that feels.”

Meanwhile, Andre himself described why he did not want anyone to experience what he and Alex had been through.

Andre added: “It is strange. As Alex says, it’s not always as it looks from the outside.

“The very fact you’re looking after a small child who is such a big call on your energy - the schedule, routine, getting fed, getting clothes on his back, going through the activities of every day, in a way that routine pulls you through.

“Another thing people find really difficult to really comprehend is that during the day when he was good, he was very good, so his desire to go out and play and get on with life was good, but it was only really at night the demons really hit with nightmares.”