Race to save frogs, quokkas, parrots and koalas from extinction helped by new threat database 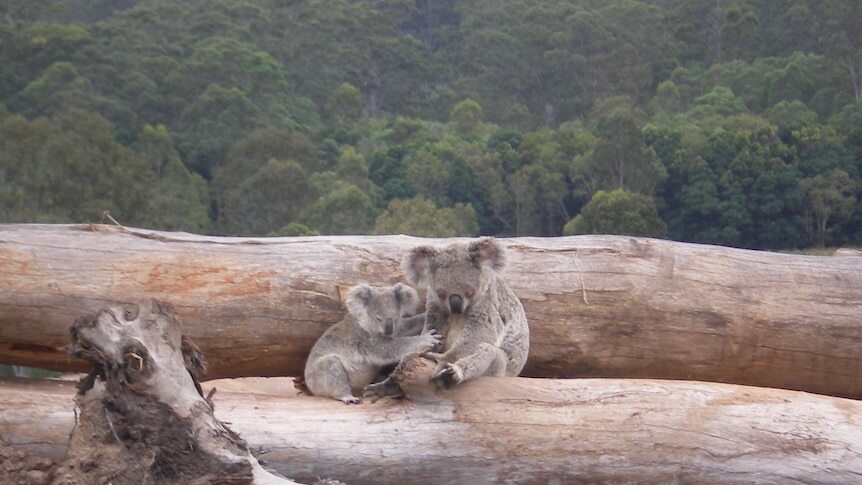 From the "population crash" of the swift parrot to shrinking habitat for koalas and quokkas: It's hoped a comprehensive database of threats to endangered species can help halt Australia's terrible record of extinctions.

Researchers across Australia have spent 18 months forming the database of threats forcing species to the brink of extinction.

The list of more than 1,700 species was done to help wildlife warriors and organisations stop foreshadowed declines in flora and fauna populations, and even possible extinctions.

According to the research, since European settlement in Australia, 10 per cent of terrestrial mammals have gone extinct and hundreds more are likely to follow.

Co-author Dr April Reside from the University of Queensland said some of Australia's favourite wildlife like koalas, quokkas and the swift parrot faced a large number of threats.

"We created a database of all Australia's threatened species that are on the National Threatened Species List under the Environment Protection Biodiversity Conservation Act," she said.

Taking into account the number of species impacted — habitat loss is the number one threat.

"Invasive species was the second most frequently listed threat and weeds were super super common as a threat."

The other two threats in the top four were adverse fire regimes and climate change/severe weather.

Although Australia's koalas and Western Australia's quokkas were on the National Threatened Species List as vulnerable, their future was uncertain.

"Koala is one that captures a lot of people's hearts and poor koalas are also threatened by habitat loss and I think that's a really sad story," Dr Reside said.

"Koalas are threatened also by getting attacked by dogs and getting run over by cars on roads.

"This is a symptom of their habitat being in tiny patches."

"Quokkas were eating some endangered plants and quokkas are listed as threatened and so are the plants they're eating," she said.

"I think it's a very useful document to pull together what are the threats facing Australian plants and animals across all the different groups — most of us are specialists in a particular area," he said.

"There's probably now only low thousands [of quokkas] on the mainland and on Rottnest Island there's now probably 10-12,000 quokkas," he said.

"The little populations that are left [on the mainland] may only have 10 or less or 20 or less individuals in them so unless you can do something about the threats, those populations are going to have a really hard time to survive.

"On the islands, quokkas are quite abundant and that's primarily because ... there's not foxes present and you're not having major land clearing occurring."

In the high country alpine areas of the Tablelands in NSW, the critically endangered corroboree frog was struggling to live in their sphagnum bogs.

Unlike amphibians, birds generally recorded the most threats, with the swift parrot facing the highest number.

"The Swift Parrot, like most other species, had habitat loss as a really big one: loss of its hollow trees," she said.

"[Also] the very adorable sugar glider is eating the nesting parrots, which is just terrible."

"Where they breed, there's a lack of breeding habitat and sugar gliders are now entering the nest hollows," he said.

He said any research that highlights the plight of threatened species is useful, but should keep the public in mind.

"We need the citizen scientist people to be finding these birds and reporting them because by knowing where these birds occur, that's when we can implement conservation actions," Mr Roderick said.

"For Regent Honeyeaters [critically endangered] and Swift Parrots, it could literally be as easy as recording where they see them."

"Sometimes the threat that's having all the impact may not be the threat you want to address," she said.

"For example, drought is a big problem for a bunch of species, but it's quite difficult to do something about drought itself.

"We're really hoping the data will be picked up and used widely and it already is: the Office for the Threatened Species Commissioner is using the data and we have a few examples of the data being used for bushfire impact assessment."