Quick plays: All you need to know from a weekend of sport in Newcastle

It was another rough weekend for the fans of Newcastle's flagship sporting teams.

But luckily we woke to the news that home-grown rugby union talent Jesse Southwell was now a Commonwealth Games gold medallist after Australia won the women's sevens final in Birmingham.

Southwell's feat came after Canterbury disposed of the Newcastle Knights 24-10 at McDonald Jones Stadium on an otherwise glorious Sunday afternoon.

Former Knight Jacob Kiraz had a field day against his former club, starring with a hat-trick of tries for the Bulldogs.

The Knights are now 14th on the NRL ladder and, if they lose to the Tigers at Campbelltown next Sunday, they will drop a further rung on the ladder.

Speaking after the match, coach Adam O'Brien insisted he knew what was required to turn the Knights around, saying: "We've got the right people in the joint, we just need to have a plan and coach the hell out of it."

On Saturday night, a new-look Newcastle Jets crashed out of the Australia Cup with a 2-0 defeat at the hands of Adelaide at McDonald Jones Stadium.

There were mixed reviews for the new faces in the Jets' line-up as coach Arthur Papas now moves to enact Plan B in terms of preparation for the A-League, starting with a friendly against Northern NSW club Weston next weekend.

GOAL to Warners Bay in the NPL Northern NSW Women's! They lead Newcastle Olympic 3 - 0 after 29'.

At a local level, Newcastle Olympic took an important 1-0 win over leaders Charlestown in NPLM Northern NSW on a heavy Lisle Carr Oval pitch on Saturday.

The victory not only delivered three points for the fifth-placed side, it also gives them plenty of confidence ahead of a huge night for the club when they host Melbourne City at No.2 Sportsground on Tuesday night in Australia Cup round of 32.

Broadmeadow, Lambton and Valentine also took wins ahead of more midweek matches as the competition evolves into what is looking like a survival of the fittest campaign with clubs in the midst of some taxing schedules.

In NPLW NNSW, Warners Bay held off a fast-finishing Olympic while Rhali Dobson produced some last-minute magic for Broadmeadow as the competition's top-two teams continue on a collision course for the premiership.

There were three red cards handed out across the men's weekend catch-up round and Adriana Konjarski took her season tally to an incredible 34 goals for the Panthers.

GOAL to Broadmeadow Magic in the NPL Northern NSW Women's! They lead Maitland 3 - 2 after 88'.

All on the line for Wildfires

The Hunter Wildfires are no longer in control of their Shute Shield play-off hopes.

Seemingly finals bound a fortnight ago, the Wildfires men have slipped to ninth spot with one round remaining after they were out-gunned by Easts at Woollahra Oval on Saturday.

The women also lost to Easts over the weekend. They retained fourth place but need to win against Warringah on Friday night.

In Hunter Rugby Union, University made a late play for finals when they out-hustled and out-played Nelson Bay. But will there be enough time left for the Students?

GOAL to Charlestown Azzurri in the NPL Northern NSW Women's! They lead Adamstown Rosebud JFC 2 - 1 after 17'.

Newcastle Rugby League's top-four teams won by a combined scoreline of 162-10 on Saturday while Souths winger Justin Afflick was sent off for a high tackle and is now potentially facing a charge from the match review committee this week.

Maitland, Central, Cessnock and Macquarie all had field days against their opponents.

Afflick was given his marching orders in the 16th minute of Souths' clash with the Pickers for an incident the referee described as "reckless".

GOAL to Valentine Phoenix in the NPL Northern NSW Men's! They lead Cooks Hill United 2 - 1 after 84'.

Souths beat Nova to stay top of the Newcastle championship netball ladder with two rounds remaining before finals. But Thunder player-coach Laura Glendenning was buoyed by her team's performance despite the loss and has not given up on a top-two finish.

Seb Rollings produced a hat-trick as Souths reeled in Gosford on Sunday and edged closer to them on the Hunter Coast Premier Hockey League competition ladder.

American import Nicole Munger out-scored Inner West Bulls all by herself in a successful weekend of NBL1 East for the Newcastle Falcons women while the men sustained two more losses.

Cardiff improved to third place in Black Diamond Cup AFL with a win over Maitland while Newcastle City lost a tight encounter with Killarney Vale.

The Newcastle Northstars rebounded with a win against Sydney Ice Dogs as Australian Ice Hockey League closes in on finals time. 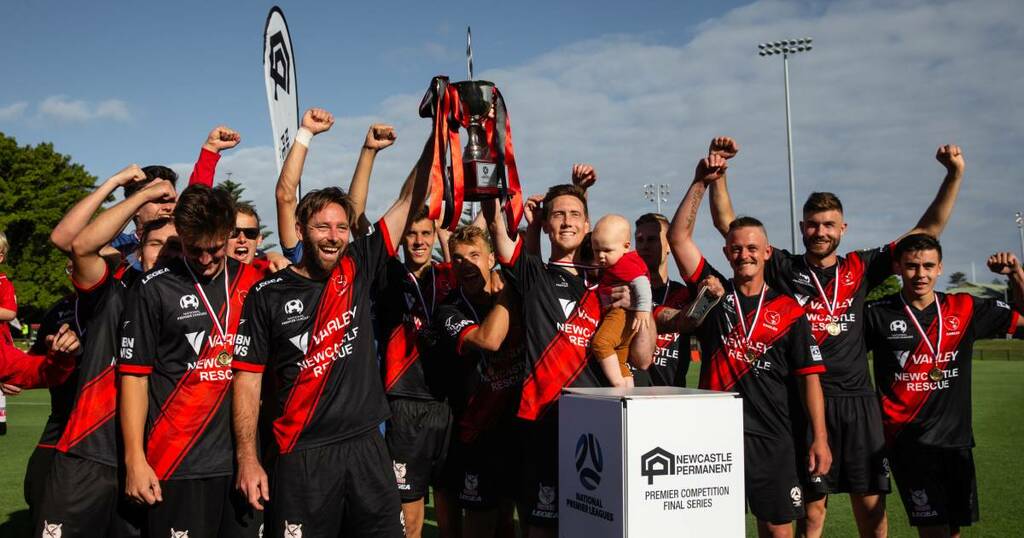 NPL NNSW: Men's and women's grand finals set for double-header at No.2 Sportsground
They will be played on October 2.

Newcastle Herald
From analysis to the latest developments in health, read the most diverse news in one place.
Why Olympic are embracing a quick turnaround against high-flying Magic: NPLW NNSW

Georgia Little will play and Magic's Chelsea Lucas is expected back.

She is headed to Keiser University in Florida.

Newcastle Herald
One place to find news on any topic, from hundreds of sites.
Newcastle RL finals race heats up with dual top-four clashes

Results from both fixtures will go a long way to determining who finishes where, who hosts the qualifying semi-final and…