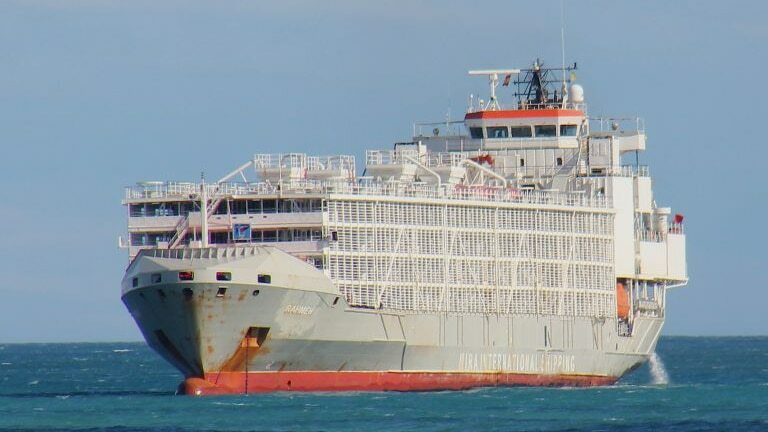 It has been 12 months since a live export ship sank off the Japanese coast, but a number of details about the tragedy remain a mystery.

The Gulf Livestock 1 was transporting cattle from New Zealand to China in September 2020 when it capsized in rough seas caused by Typhoon Maysak.

It had 43 crew members on board, including two Australians, two New Zealanders, and 39 Filipinos.

Only two survivors were ever found.

"Unfortunately we know absolutely nothing more than what we learned at the time via news reports," Dr Ainsworth told ABC Rural.

Dr Ainsworth said the Gulf Livestock 1 was a Panama-registered vessel and the normal practice would be for Panama to lead the inquiry.

"But I think it would be appropriate for [the Australian government] to put an effort in, to try to find out what on earth happened and get this report released," he said.

"Because in order to stop this [type of accident] from happening again, you'd have to have some sort of idea of what caused it in the first place."

Federal Agriculture Minister David Littleproud said his government was doing all it could to assist the investigation.

"I know from conversations I've had with the Foreign Affairs Minister [Marise Payne], that she continues to reach out with counterparts to get updates," he said.

"We're trying to use our government agencies to support those foreign agencies in being able to get some finalisation to these families who deserve it.

"But it is a complex situation because it didn't happen in our waters, it happened in foreign waters and we have to respect the sovereignty of other nations, but try and work with them to get that information as quickly as we can.

Difficult time for everyone

The chief executive of the NT Livestock Exporters Association (NTLEA), Tom Dawkins, said the Gulf Livestock 1 tragedy had affected many within the industry.

He said transparency was crucial for the industry and families who had lost loved ones.

"A progressive industry acknowledges its past and learns from its experiences," he said.

"That's why it's important we keep seeking answers about Gulf Livestock 1.

"That tragedy, coupled with the travel restrictions imposed as a result of COVID-19, has made for an extraordinarily difficult 12 to 18 months for our very tight-knit network of shipboard vets and stockies."

Dr Ainsworth said when the Gulf Livestock 1 sank in September 2020, he was on board another live export vessel in the south China sea heading for Vietnam.

"It was a terrible time to be on board because a lot of the Filipino crew had mates on that ship [the Gulf Livestock 1]," he said.

"It would be very valuable for everyone involved and everyone with an interest in finding out, to access [the final] report."

ABC Rural has contacted the Panama Maritime Authority and the Panama Embassy in Australia for comment.