Boyce, who has said the Coalition’s net zero pledge was flexible and has paid for ads saying renewable energy is “a fantasy”, won the central Queensland seat of Flynn, despite a 4.3% swing to Labor.

During question time in the Queensland parliament on Tuesday, he was name-checked by a succession of Labor ministers.

The state treasurer, Cameron Dick, said the Coalition had lost many of its most moderate voices and instead “woke up with Colin Boyce”.

The resources minister, Scott Stewart, offered his congratulations to the new federal member for Flynn.

“Turning a safe seat into a marginal one. Well done Boycey,” Stewart said.

“He made it clear he’s an LNP climate change denier.”

Labor’s two-party share of the vote in Queensland increased at the federal election, but the party might end up with one fewer federal seats in the state, having lost Griffith to the Greens.

After a poor performance across the state in the 2019 federal election, particularly in regional areas, Queensland Labor almost immediately sought to push through long-delayed approval decisions for the Adani Carmichael coalmine.

But this time around, having watched the Greens pick up at least two and possibly three inner-city seats that Labor had been hopeful of winning, the state government’s post-federal election messaging is unashamedly progressive, climate-conscious and full of talk about new economy opportunities.

“Boycey”, who once crossed the floor to oppose the creation of a mine rehabilitation commissioner (a proposal he described as “eco-Marxist”), made the perfect punching bag. Almost every senior minister had a crack.

“We know that in the new parliament there won’t be Josh Frydenberg, or Trevor Evans, or Ben Morton, or Dave Sharma, or Jason Fallinski, or Tim Wilson … they won’t be on the bus,” the state transport minister Mark Bailey said

“But what we will see is … the member for Flynn, who is already out there undermining net zero, his own party’s policy.”

Meaghan Scanlon, the state environment minister, read our the comments of federal Nationals and Liberals that sought to walk back net zero commitments after the election loss.

These included comments by Liberal senator Gerard Rennick, made on a rightwing “freedom party” live stream on election night, urging Liberals to better differentiate between the environment and climate change.

“It’s not like I don’t care about the environment, I just don’t believe in the science of climate change,” Rennick had said.

Scanlon said the LNP in Queensland was the only party in the country not to formally support renewables or emissions reduction targets. 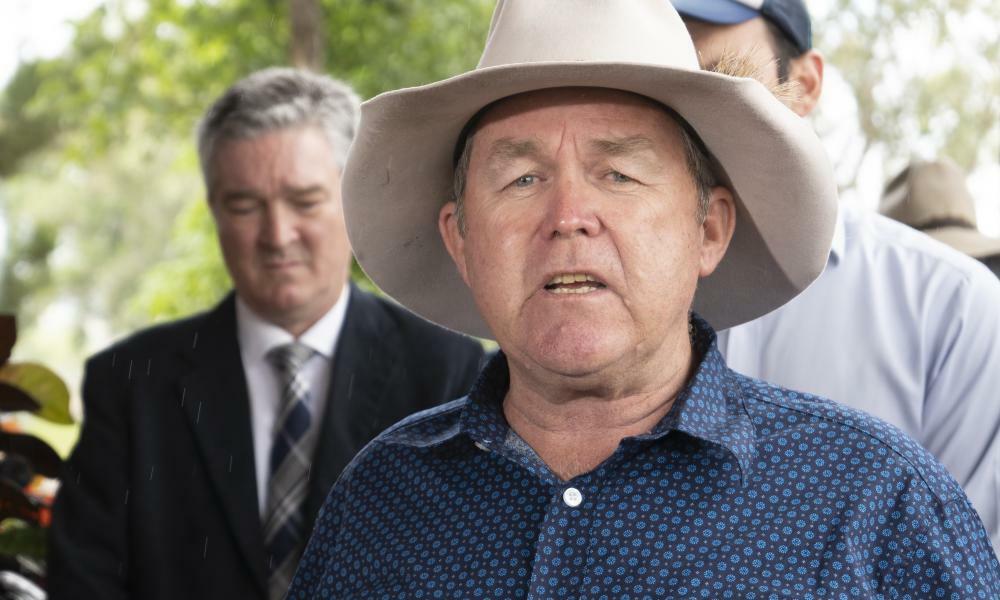 AAP
Regional Queensland voted for the Liberal National Party. What do they make of the Labor government and 'greenslide'?

The Liberal National Party has retained 70 per cent of federal seats in Queensland, leaving many in the agriculture and…