A senior police officer has announced his immediate resignation after an inquiry into Queensland police responses to domestic violence heard he had referred to his friend as a “vagina whisperer” at a policing conference.

The deputy commissioner, Paul Taylor, who has been a police officer for 45 years, said he was “deeply apologetic” for the harm his comments had caused and it was never his “intention” to offend anyone.

“I am devastated about the impact this has had on the reputation of the service, because it does not reflect my values, nor those of the organisation,” Taylor said in an email to colleagues on Friday.

“I was remorseful immediately after the incident, and the commissioner addressed the matter with me soon after.”

It comes after Taylor said police “need to do a lot better” in tailoring cultural training to different regional and remote areas.

In an interview with SBS News last month, Taylor said training needs to be “improved on greatly” to teach new recruits how to handle domestic violence call outs.

In his email, Taylor said Queensland police had undergone “an incredible amount of change” and “the public should have confidence that this is a great organisation, with terrific people who care so much about the community across the vast state.”

On Thursday, the police commissioner, Katarina Carroll, told the inquiry the senior officer had made the comments as his friend was a gynaecologist and obstetrician.

“I don’t know how it was mentioned in the speech,” Carroll said. “But the person is a friend of the deputy and he himself and I believe the circles he operates within, call him that.”

Counsel assisting the commission, Ruth O’Gorman, asked Carroll: “But that doesn’t make it OK does it?”

“No it doesn’t, I was just giving you context,” Carroll responded.

She said Taylor was dealt with through “local managerial resolution” and she had personally counselled him.

“He was under no illusion of what I thought about it,” Carroll told the inquiry.

The inquiry heard another senior officer was promoted despite making a sexist comment during a police conference in March in front of 100 people.

O’Gorman said the officer, who was promoted in July, referred to a cut on his face during the conference and joked he had been through a “rough promotional process”, before a superintendent called out “did she shut her legs on you?”

Carroll, who was not in attendance, told the inquiry that several officers walked out in protest.

She said the incidents spoke to “the healthy side of the culture” in the police as “both matters were dealt with very, very quickly.”

In an email sent to police staff on Friday, Carroll said she appreciated “that many of you are hurting as a result of what has been disclosed” by the inquiry.

“Some serious issues and incidents have been raised that do not meet our expectations, nor the expectations of the community we serve,” Carroll said in the email.

“These issues will continue to be addressed and resolved; however I do not want this to detract from the incredible effort and commitment the vast majority of you show on a daily basis.”

The inquiry heard 79 Queensland police officers were being investigated over an offensive social media post that mocked domestic violence victims, and the comments below it.

The inquiry heard that the man who authored the post had a history of disobeying police procedures. 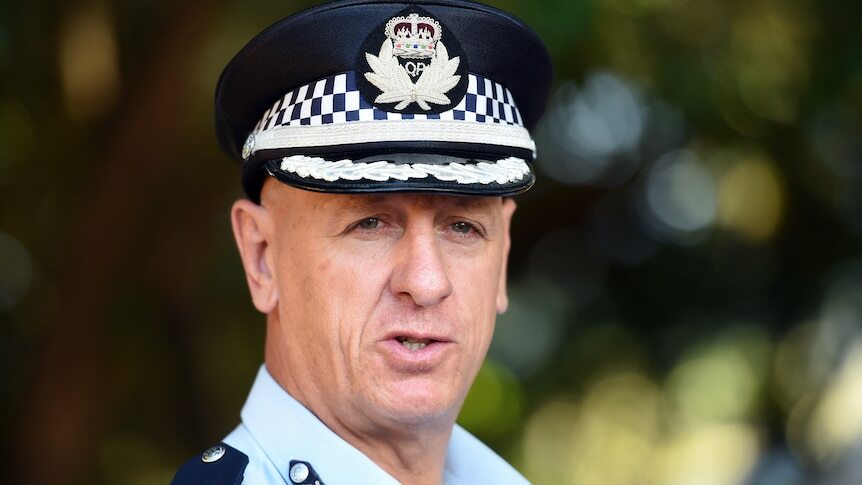 ABC News
From analysis to the latest developments in health, read the most diverse news in one place.
Queensland Police Commissioner Katarina Carroll questioned at inquiry over senior officers' misogynistic comments

ABC News
One place to find news on any topic, from hundreds of sites.
Senior Qld cop resigns over lewd comments