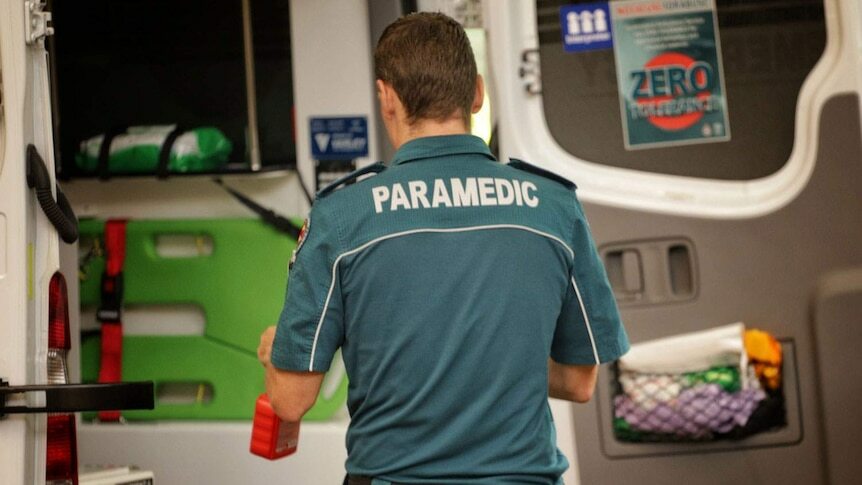 Queensland Health Minister Yvette D'Ath has dismissed claims that the executive of the state's ambulance service is "missing in action" as one paramedic group warns the service is "on its knees" amid the Omicron wave.

In a letter published on Tuesday, the APA claimed that the ambulance service was "on its knees" with paramedics working shifts in excess of 12 hours, asked to cancel leave, attend call-outs alone, and deal with PPE shortages at stations.

APA executive Kim Fazackerley told ABC Radio Brisbane that there had been wait times of up to six hours for urgent ambulance call-outs and up to 18 hours for less urgent calls.

"What we're hearing from paramedics on the front line is that shifts are going unfilled, they cannot get their breaks on shifts, they're going 12 hours without any sort of meal break or rest pause break," she said.

Ms Fazackerley said the APA wanted Mr Emery to cut short his leave and return early to give paramedics leadership and transparency through the coming weeks, and recruit student paramedics and more qualified paramedics to fill the gaps.

Health Minister Yvette D'ath on Wednesday morning said it was "just not accurate" to say Mr Emery was unavailable.

"She has relieved as acting commissioner a number of times and there is no question that she's more than capable and competent of fulfilling that role currently," Ms D'Ath said.

United Workers Union national ambulance coordinator Fiona Scalon said that while the "optics are not great" for Mr Emery to be on leave, he "has been available whilst on leave, taking any of our calls during this period and doing what needs to be done".

"We're less concerned about the person sitting in the top job and more concerned with advocating for more resources in ambulance and health needed on the ground now," she said.

Ms Scalon said the union had been warning authorities for 18 months that the system needed more resources.

"Ambulance staff are well prepared in what is being described as a rolling multi-casualty incident, but what we know is the system is struggling," she said.

"Our members are tired and feeling the strain, with the peak not due until late January to mid-February and having worked in surge conditions for the past year and a half with the way the health system has been coping."