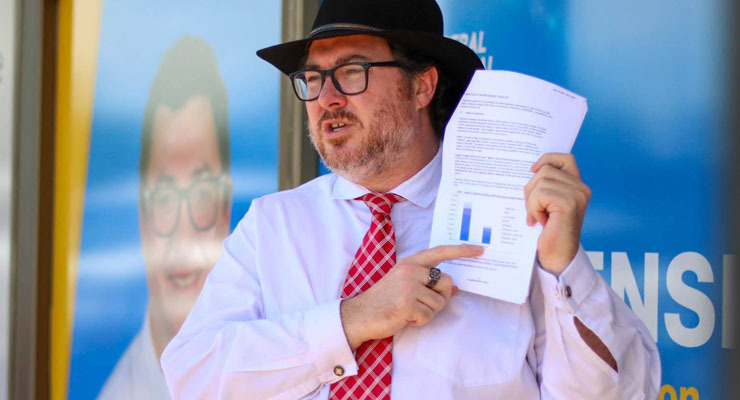 After a sluggish start, Australia’s vaccination rollout is surging. With over 90% of the adult population in New South Wales and the ACT having had at least one dose, and Victoria moving at a rapid pace, we are on track to become one of the most vaccinated countries.

But there are still pockets, particularly in regional Queensland, where vaccination rates are lagging the national average. And many of the local government areas with the worst vaccination rates fall in marginal seats that will be key battlegrounds at the next election.

Just 25% of the adult population in the region of Isaac is fully vaccinated. Only 40.8% have received a single dose. The LGA lies in the central Queensland seat of Capricornia, a blue-collar mining seat that, despite a huge swing to the Coalition in 2019, has always been a target for Labor.

Capricornia, along with Flynn, Dawson, Herbert and Leichhardt, make up a rump of electorates in central and north Queensland where the opposition was hammered in 2019. In each of these seats, vaccination rates are lagging well below state and national averages.

But they’re also low in key regional centres in these electorates, most of which have fewer than half the eligible population fully vaccinated. In Rockhampton, the main town in Capricornia, less than 50% of its population has received two doses. The same is true of Gladstone, the largest town in Flynn, Mackay in Dawson, and Port Douglas in Leichhardt.

How many anti-vaxxers does it take to swing an election?

As Australia’s rollout sped up, vaccine hesitancy fell to a record low of 15% across Australia in mid-September. But Queensland leads the country on hesitancy, at 20%. And while that number will probably continue to drop, there’s some evidence to suggest the “hesitant” vote could start to matter in bellwether seats.

In Dawson, outgoing MP George Christensen is one of Parliament’s most prominent peddlers of conspiracy theories around COVID-19 and vaccinations. And the Liberals won those seats so handsomely in 2019 thanks in part to preferences from One Nation and the United Australia Party.

Christensen retained his seat on a storming 11% swing that was driven by a huge 13% bump in One Nation’s primary vote. In Capricornia, a 16% primary increase for One Nation made Michelle Landry’s marginal seat relatively safe. In Flynn and Leichhardt, Clive Palmer’s UAP got the biggest increase in primary vote.

Both One Nation and UAP are pitching themselves as the parties of anti-vaxxers. Pauline Hanson refuses to be vaccinated, and rages against vaccine mandates. UAP leader Craig Kelly — whose Sydney seat of Hughes has some of the highest vaccination rates in the country — has repeatedly spread misinformation around vaccines.

UAP is teaming up with Reignite Democracy Australia, the largest anti-lockdown group, a move that will increase their funding and political clout. Clive Palmer, consistently the country’s biggest political donor, showed in 2019 how much his money and advertising can sway an election without actually winning any seats. Meanwhile, polling from Essential found 23% of respondents who don’t intend to vote for a major party do not plan to get vaccinated.

Anti-vaxxers might be shrinking in Australia. But in an election that could turn on a handful of marginal seats, the votes of the hesitant, and their preferences, could really count.