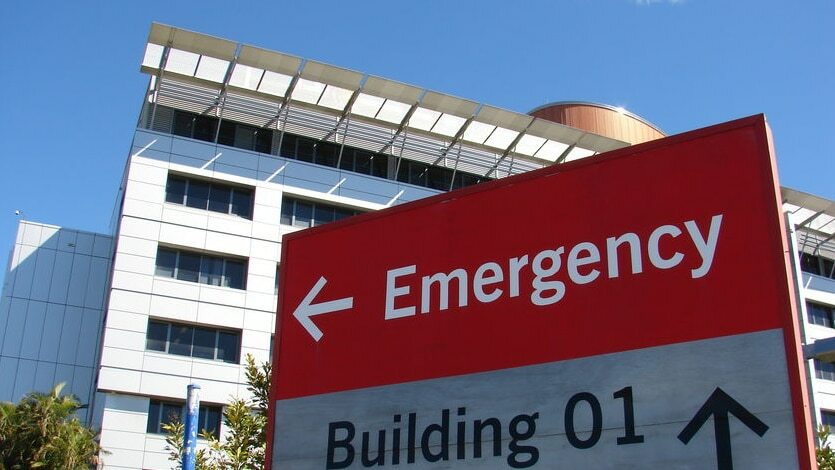 Demand on public hospital emergency departments has far outstripped Queensland's population growth, and performance in meeting key targets has steadily declined, according to the state's auditor-general.

A report from the Queensland Audit Office tabled in State Parliament examined emergency department (ED) wait times, but funding, staffing, bed availability and ambulance ramping were all outside the scope of the investigation.

"Demand for emergency departments is growing at a faster rate than population growth, and more people are arriving [presenting] at EDs with complex issues," the report said.

"The EDs have been treating more people within recommended time frames each year. However, as a percentage of the entire patient population, their performance has been declining."

Opposition Leader David Crisafulli told State Parliament it was a damning report, laying bare a health crisis in the state.

"Over three terms, this is the government's health legacy, and it has cost Queenslanders greatly. Some have paid with their lives," he said.

"Page after page, this report is a horror story. This government can blame all sorts of things, COVID, the Commonwealth, clinicians — but in the end, the report shows a culture of failure, of what happens when you don't plan ahead."

In 2019/20, there were more than 1.6 million presentations to public hospital emergency departments in Queensland — a third arrived by ambulance.

The target for ELOS, which is the length of time a patient stays in the emergency department, is to complete treatment within four hours for 80 per cent of patients.

The POST target, which is the amount of time it takes to transfer a patient from an ambulance stretcher into an emergency department with a completed clinical handover, is within 30 minutes for 90 per cent of patients.

The POST target for getting patients off ambulance stretchers has not been met at a statewide level for the past seven years.

Between July 2020 and February 2021, only one of the state's top 26 reporting hospitals met both targets — Mount Isa Hospital, which has a smaller number of presentations than most of the others.

The audit office report noted an increase in complex cases, with the number of patients admitted to hospitals for further treatment growing faster than patients who are discharged from the ED.

Queensland Health also measured how soon ED patients were seen by a treating doctor or nurse and triaged into five categories — from One (immediately life-threatening) to Five (less urgent).

The report found Queensland Health mostly hit its target for Category One, which was treatment within two minutes, and outperformed targets for the less serious Category Four and Category Five cases.

The report also found Category One presentations had grown by 41 per cent since 2014/15, and Category Two by 50 per cent, and those patients often required significantly more resources to treat.

The auditor-general's report made several recommendations, including improving the accuracy of ED data recording — specifically the real-time sharing of Queensland Ambulance Service data with EDs — and that Queensland Health monitor and report on its use of "short-term treatment areas" within EDs, including short-stay units.

It also noted that only two of the four recommendations the audit office made in a similar report in 2014/15 had been implemented.

"This government is more interested in looking good than performing well," he said.

"Queensland Health is already working with Hospital and Health Services across the state to improve the accuracy and quality of emergency department data, and these efforts will continue to be progressed," she said.

"This is all about improving patient flow in our increasingly busy EDs, where presentations are exceeding population growth.

"Increasing pressures on emergency departments aren't unique to Queensland and are being seen in all jurisdictions, which is why all states and territories have been raising this through National Cabinet.

"Hotel quarantine, COVID testing and contact tracing are also contributing to the pressures health systems across the country are facing."

The Minister said the Queensland government was delivering an extra $260 million to assist with the increased demand in emergency departments, on top of the existing health budget.

"As well as delivering improved patient flow and more transfer nurses, this $263.7 million funding injection is adding an additional 416 beds to our hospital capacity – and that's one of the keys to improving ED wait times," Ms D'Ath said.

She also said there were 600 aged care and disability care patients occupying beds in Queensland's public hospitals, and the state government has called on the Commonwealth to provide alternative care arrangements for them, to free up beds.