Quarterbacks, farcical decisions and an alien form of Irish football 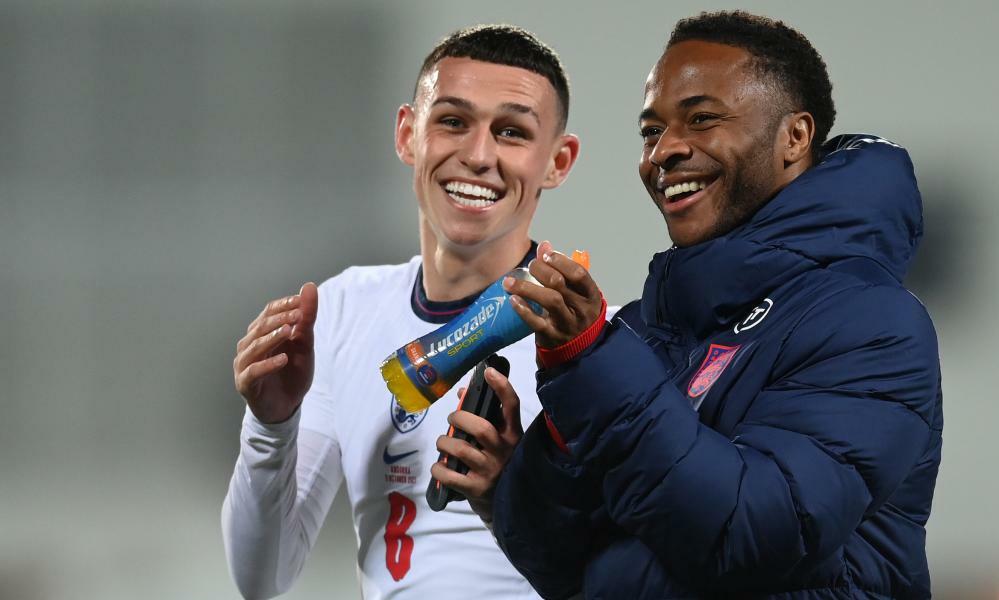 THE ROAD TO QATAR

A penny for the thoughts of Harry Kane as he watched Phil Foden’s 90-minute impersonation of Tom Brady as England swatted Andorra aside from his ringside seat on the bench. The gridiron devotee is a man so desperate to score he famously staked his own child’s life on a ball having nicked his shoulder so he could nick a goal from a teammate, but was forced to look on helplessly as his comparatively new England patriot quarterbacked his side to victory on Saturday, his 95% pass-completion rate leading to no fewer than two touchdowns, a couple of fumbles and ensuring England’s serene progress to Qatar continues.

If Foden was sublime, the referee in Norn Iron’s 2-0 defeat at the hands of Switzerland was ridiculous, showing an incredulous Jamal Lewis a second yellow card for taking too long over a first-half throw-in down by the technical areas. And the full-back wasn’t the only one left astonished by the decision. “I was surprised,” tooted Swiss manager Murat Yakin. “My staff members were jumping up and getting excited and I thought when the red card was shown it was to one of my staff members and not for the player.” Their hopes of qualification all but over, Norn Iron have a “must win” game against Bulgaria on Tuesday.

Long since out of the qualification picture themselves, southern neighbours the Republic O’Ireland had a long overdue good day at the office, travelling all the way to Baku to notch their first competitive win in 1,057 games under Stephen Kenny. Playing an alien form of football that at times looked “quite good”, they scored three goals and kept a clean sheet, with anti-vaxxing’s Callum Robinson helping to double-jab Azerbaijan into submission with two strikes. Be afraid of Tuesday’s friendly in Dublin, Qatar. Be very o’afraid.

But while O’Ireland will have to settle for hosting Qatar, both Wales and Scotland still have high hopes that the Arab state will be hosting them for the winter Human Rights World Cup. While Danny Ward’s comedy own goal may have been the highlight of Wales’s 2-2 draw with the Czech Republic on Friday, Robert Page’s side are only behind the Czechs on goal difference in the race for second place in Group E, while a back-door spot through the Nations League is also up for grabs.

As for Scotland … oh, boy. Following their win against Israel in an absolute thriller at an uncharacteristically rocking Hampden Park, Super John McGinn and his chums only need to beat the Faroe Islands and Moldova to guarantee themselves a play-off spot for Qatar 2022. In normal circumstances we’d say that “only” is doing a lot of extremely heavy lifting but – yes, The Fiver’s calling this – not even Scotland can find a way to mess this up now.

“I can’t speak for the other two, but this Newcastle-supporting Fiver reader wholeheartedly endorses Craig Fawcett’s (no relation) dastardly wish to see us drop to the Championship (Friday’s Fiver letters). The new owners receive a (hopefully financially damaging) dose of karma, we can hope to win a game occasionally, and the prospect of a long-overdue derby with po’ Sunderland gets a little closer. It’s win-win. For which, sir, allow me to give you a Southend” – Andrew Fawcett.

“As the rather pathetic UK authorities have failed to stop the Saudi takeover of Newcastle, perhaps fans should take it into our own hands by offering a traditional football welcome and engage in sustained terrace chanting at every game Newcastle play. I can’t imagine Mohammed bin Salman will put up with being humiliated by thousands of fans every week for very long, and the best thing is that conscientious Newcastle fans can join in, too” – Danny.

“You are all just missing the point on Newcastle. It matters not whether Newcastle’s owners are more evil than the owners of your other tedious Premier League clubs, the point is Newcastle’s owners have bought Newcastle. You know, Newcastle, and thus have simply acquired the key to a cage, albeit now gilded, containing nothing but pratfalls, face-plants, epic bottle jobs, heroic failures and defeats plucked lachrymosely from the jaws of victory. World Police stand down, in 18 months’ time Bin Salman will be entirely occupied stumbling around the St James’ car park stepping on rakes. Albeit gilded ones” – Jon Millard.

Send your letters to the.boss@theguardian.com. And you can always tweet The Fiver via @guardian_sport. Today’s winner of our prizeless letter o’ the day is … Danny.

Football Weekly is fresh out of the box.

Sergio Busquets has questioned the Spirit of The Game™ after Kylian Mbappé’s winning goal in the Nations League final was allowed despite the striker being so offside he was almost in the stands at San Siro. “The referee told us that Eric García wanted to play the ball and that kills the offside,” head-scratched Busquets. “But he wanted to play the ball because the ball would have reached Mbappé who was offside! It doesn’t make sense!”

Belgium keeper Thibaut Courtois isn’t feeling particularly enamoured with football’s governing bodies in the wake of having to play in the Nations League third-place play-off defeat to Italy. “We are not robots,” he roared. “It’s just more and more games and less rest for us and nobody cares about us. When will we get a rest? Never.”

USA! USA!! USA!!! boss Gregg Berhalter has flapped his gums in entertaining fashion after the 1-0 HRWC qualifying defeat to Panama. “It’s sports, it’s humans,” he yelled. “Our distances were too far. We didn’t have that pop. We didn’t have the legs.”

Derby fans are hoping that EFL suits will be kind to them after club administrators appealed against their 12-point penalty for financial-knack.

And Southend are hunting for a new manager after the 4-0 home gubbing by Chesterfield prompted Phil Brown to get the boot. “I spoke to [chief suit] Tom [Lawrence] and it is my belief that I have been invited to be involved in the process of recruiting [the] next manager,” declared former player Stan Collymore.

Newcastle fans sang about getting their club back but it is hard to imagine a way it could be more profoundly taken away, writes Jonathan Wilson.

Why the Football League is launching a scheme to fight the climate crisis. By chief suit Trevor Birch.