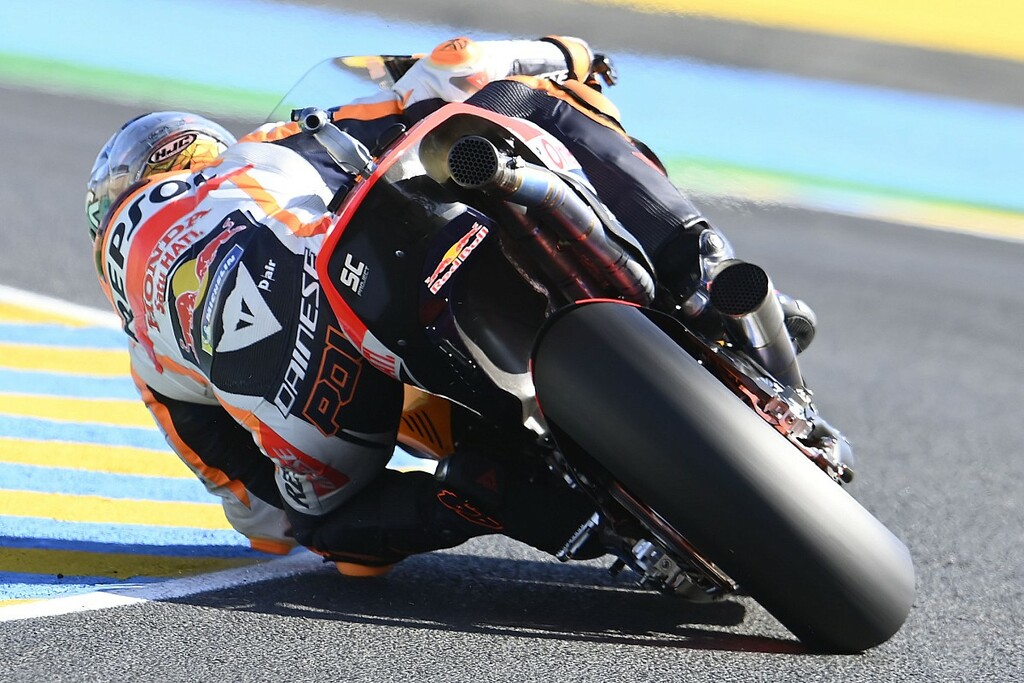 Sunday’s Premier League season finale offers so much in the way of potential outcomes.

Autosport
From analysis to good news, read the world’s best news in one place
F1 set to group races by region in 2023 calendar reshuffle

Le Mans (France) (AFP) - After a slow start to the season, world champion Fabio Quartararo has blasted his way to the top of the standings and is in line to notch up his first ever home win at this weekend's French Grand Prix.

The 23-year-old Yamaha rider managed only a single podium in the year's first four races as his Yamaha suffered from a lack of speed.

But on European circuits this power deficit is less significant and that enabled him to win in Portugal at the end of April and take second place in Spain a week later.

He tops the standings with 89 points, seven clear of Asprilla's Aleix Espargaro with Enea Bastianini a further 13 points back.

Quartararo heads to the Bugatti circuit in Le Mans seeking a 10th victory in his nascent career in MotoGP and a first on French soil.He admits to targeting a strong pre-race performance to help in his victory quest.

"It's difficult to know who’s going to be on top, fighting for the podium this weekend," he said.

"It’s a different track to Jerez and the most important thing is to work as usual.We need to work well on Friday, try to already be secure for Q2, and find the great tyres for the race and our pace.

"Trying to have a good qualifying performance is super-important for us."

Quartararo added that it was "super special to be in a home GP".

"I will give my best of course, but you know especially a home GP can make you more stressed and more pressure but I will take this one like a normal one."

The Frenchman will have to work out how to keep a resurgent Francesco Bagnaia quiet.After picking up just two fifth place finishes, the Italian blitzed the rest of the field on his Ducati with a stunning win in Spain.

Another Ducati rider, the Australian Jack Miller will also fancy his chances having won here in 2021.

There are also indications from the Honda camp that Marc Marquez is finally beginning to show the form that made him a six-time world champion.

He missed the GPs of Indonesia and Argentina due to a heavy crash that caused him vision problems but bounced back to take sixth place in Austin (Texas) and in Portugal, followed by fourth in Spain.

The jury is out on how Alex Rins and 2020 world champion Juan Mir will respond to the news that their team Suzuki wants to pull out of MotoGP and is holding talks with the championship promoters Dorna about breaking their contract.

“We suspected nothing," said a disappointed Mir at Thursday's press briefing.

"We were even negotiating our contracts for next season."

Mir, however, put a brave face on the bad news and even tossed in a joke.

"My agent will have more work than expected in the coming days," he said adding that he was not going to be put off by a "difficult" last few days.

“It would be normal to dip but I don't work like that," said Mir who had already been linked with a move to Honda.

"On the contrary, I am very motivated to try to finish the season as well as possible.

"I'm good at separating things, that's my job.For the rest of the team, I don't think it's going to change things either."

Rins, meanwhile, who is fourth in the standings, said he had been "in tears" at the unexpected announcement of the decision, after "having given everything for this team since 2017".

Rins  with Mir, who has been linked with a move to Honda, in sixth heading into the Le Mans weekend.

In Moto2, Celestino Vietti, who rides for Valentino Rossi's team VR46, will be looking to extend his 19-point lead in the standings with a third victory of the season.

Sergio Garcia (Gasgas) is also looking for his third win, following successes in Portugal and Argentina.