Quality Street at risk this Christmas amid staff and delivery problems 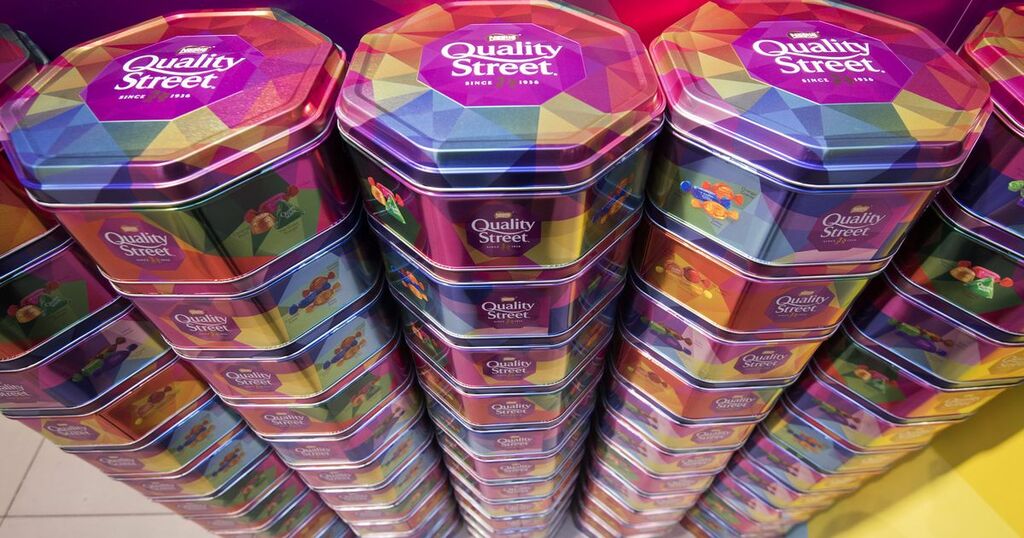 Nestle has revealed that it is currently facing issues with staff shortages and delivery problems, that could potentially impact the supply of Quality Street this Christmas.

The chocolate company stated that it was "working hard" to try and minimise the effect of the issues, which are also impacting the production of other festive favourites like turkeys and pig in blankets.

However, a Nestle spokesperson released a statement telling customers that the company was not concerned, as reported by Plymouth Live.

A lack of HGV drivers in the UK, combined with the ongoing fuel shortage, has meant that supermarket shelves up and down the country are in short supply of certain products.

Chief executive Mark Schneider told the BBC that the company's "top priority" was to get tins on shelves around the country.

He said: “Like other businesses, we are seeing some labour shortages and some transportation issues but it’s our UK team’s top priority to work constructively with retailers to supply them.”

A spokesperson for the company stated that it was not currently worried about the staff and delivery issues, and assured that there would "plenty to go around this Christmas".

They said: “Like all businesses we are managing a number of challenges at the moment but we are working hard to mitigate those issues and are not seeing, or expecting, a material impact on supply.

“Our factory in Halifax manufactures up to 12 million Quality Street sweets every day and there will be plenty to go around this Christmas.”

The threat of chocolate shortages follows a warning that British turkeys, gammon and pigs in blankets may also be in short supply this Christmas.

Nick Allen, chief executive of the British Meat Processors Association, has said Christmas turkeys are likely to be from the continent this year due to labour shortages in Britain following Brexit, and added that some foods like pigs in blankets may not be available.

He told Sky News: “We’re not saying that there’s not going to be food on the table at Christmas, but we’re struggling to put the party food together – the pigs in blankets, the netting of gammons.

“But I suspect that food can be imported and probably the turkeys might not be British turkeys but they may end up being French, or even turkeys from further afield.

“We’re not saying there’s going to be desperate shortages, but there certainly won’t be the choices available for British food, that’s for certain.”

Quality Street chocolates were first manufactured by Mackintosh's in Halifax, West Yorkshire in 1936. The chocolatier merged with the Rowntree Confectionary Company in York in 1969. Nestle purchased Rowntrees in 1988.