By Marty Silk and Nick Gibbs 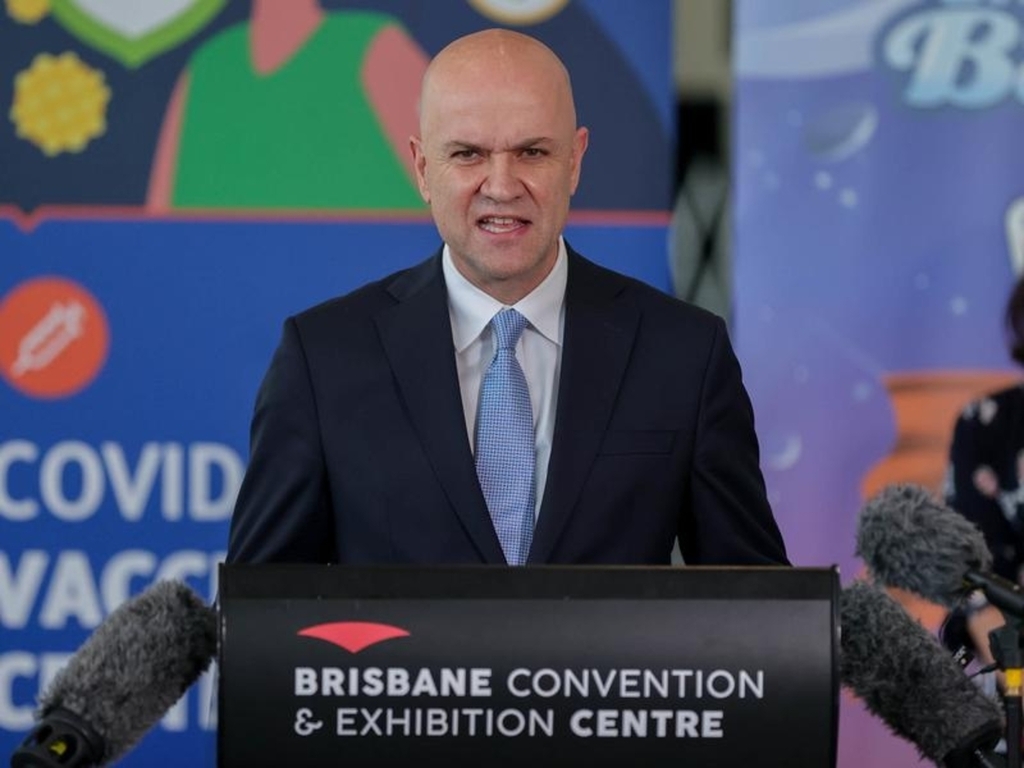 Queensland has recorded another 22,069 COVID-19 cases, with the state's outbreak spreading to all but two local government areas.

Chief Health Officer John Gerrard says there are now 525 people being treated for COVID-19 in hospital, with 30 in intensive care and eight patients on a ventilator.

He says it is evident from clinical data on more than 500 patients that vaccination, especially boosters, provides people with good protection from the virus.

"If you are unvaccinated, you are nine times more likely to end up in hospital than if you have received a boosted vaccination, that is three doses of vaccine," Dr Gerrard told reporters on Wednesday.

She said there were no plans to penalise or fine people for failing to report positive RAT results like NSW is proposing.

"The question for NSW is how are they going to actually monitor that?" she said.

"How do you know someone's got a positive test in a home kit, at home, and haven't reported?

"Are you going to start asking people in the household to start dobbing them in? I just don't know how they're going to monitor it."

Supply issues for people trying to access the rapid tests have not been fixed, and their use at public testing sites could be making waiting times worse, Ms D'Ath said.

The extra time needed for patients to wait for their results, as well as the added demand on testing staff to record results on the spot, will not alleviate stress on the system, she said.

"If we want to keep those lines moving at the same rate they are now, which we know is still leading to delays and long waits, we would have to put on extra staff," she said.

"I suspect every health minister right now is thinking, 'I might be better off using the point of care tests internally for the public health system as opposed to on the frontline in the public testing lines'."

Meanwhile, Queenslanders are still being advised to work from home wherever possible, but not to stay away from venues such as pubs and clubs if they are fully vaccinated.

"We're not telling people to stay away from those places," Ms D'Ath said, while reinforcing the importance of wearing masks and social distancing.

But with the state moving towards its predicted peak case load in coming weeks, vulnerable groups should avoid large crowds, the health minister advised.

"That's the government's message. It's not an inconsistent message," she said.

It comes as the government works through contingency plans for public transport services affected by staff needing to isolate.

There has not yet been a decision to cut the number of services.