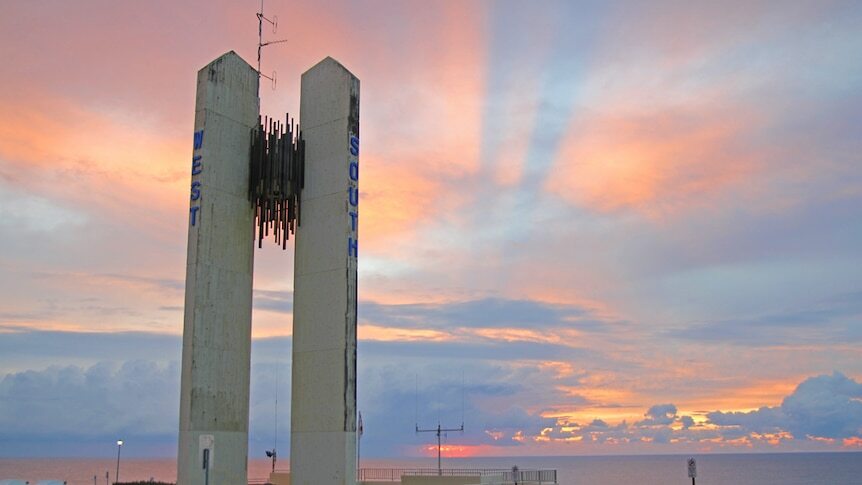 People from 12 New South Wales local government areas where stay-at-home orders are lifting this weekend will be allowed into Queensland for essential reasons.

According to Queensland Health, essential workers crossing the border will need to have had at least one dose of a COVID-19 vaccine.

"People need to understand what the requirements are before they come across," he said.

"What we don't want to see is people turning up to the border again with incorrect passes and unable to cross.

In early August Queensland introduced its strictest border rules since the pandemic began, prohibiting workers – including those in healthcare and construction – from entering.

"Older people who can't see family have been so lonely," she said.

"I hope the premiers can work on it together and keep it open."

Tweed mother of five Melanie Harvey said both her and her husband would "finally" be able return to work in Kirra once the "surreal" border rules changed.

"My husband has had to go down and do some work on a farm to keep us going," she said.

"I can't even describe what it's like to be so close to the border but yet not allowed to do shopping where we shop or support the businesses."

"All of a sudden there's this invisible line that just splits us up," she said.

"The simple thing of going to shop or going to doctors, which was so easy before, will just make life so much easier for us and I think will make us a lot less angrier as well."

But she said rules preventing non-essential movements like visiting family and friends "still plays on the emotions".

Coolangatta Surf Club general manager Steve Edgar spoke of the mental strain felt by many in the local business community and said 20 staff of his NSW staff had not been able to work.

"It just sort of wears you down," he said.

Mr Edgar helped organise a local tourism campaign that he said was "not the total solution".

"But we're heading in the right direction," he said.

"[There's] been real momentum building. a lot of visitors from the northern end of the Gold Coast coming down to visit.

Tweed Shire Mayor Chris Cherry said she had been "dancing around" after hearing the news.

"There are so many families that have been separated who had to make that choice between their business going under or keeping it afloat," she said.

Gold Coast Mayor Tom Tate has repeatedly called for border checkpoints to be moved south to the Tweed River, but said that was "probably not gonna happen".

"I just [feel] saddened that a swift political decision couldn't made on the other side of the border," he said.