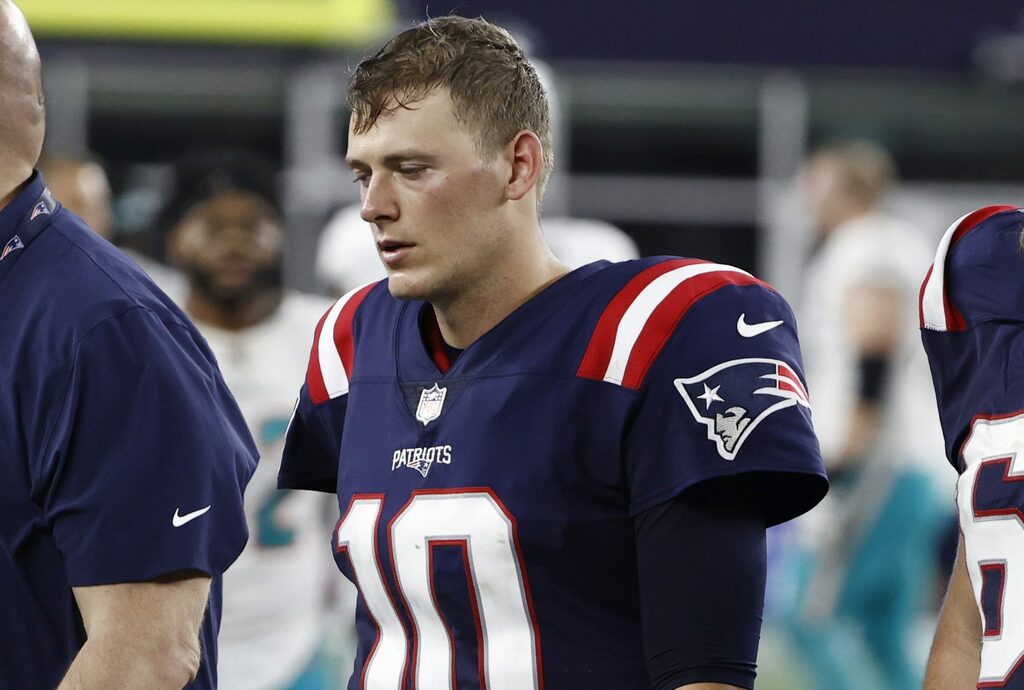 Following a difficult 17-16 defeat at the hands of the Miami Dolphins on Sunday, New England Patriots quarterback Mac Jones indicated that he needs to be better.

Jones recorded 281 passing yards on 29-of-39 pass attempt. Recording a 74.4 completion percentage, a 26-yard pass was his longest of the afternoon. His lone touchdown pass was to Nelson Agholor, one  which put the Patriots ahead by a 10-7 margin at the time.

Despite some of the more positive aspects of the day, Jones indicated that he needs to play better if the Patriots want to have continued success this season.

“I think we can get better. That’s just how we have to look at it. Definitely wasn’t good enough, starting with me. So we’ve got to watch the film. We lost, so it’s not good enough.”

With New England set to take on rookie quarterback Zach Wilson and the New York Jets next week, Jones will have an opportunity to redeem himself in what is a wide-open division after the first week of play.