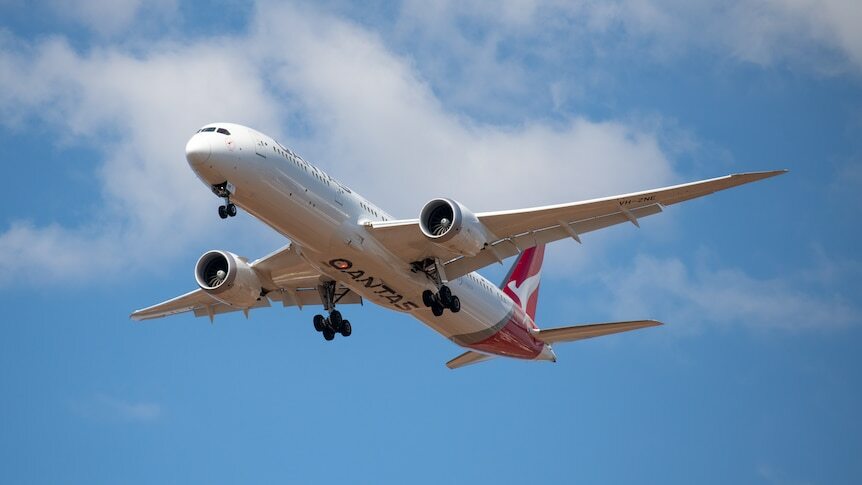 Qantas has confirmed it will operate its flagship direct Australia-to-London route via Darwin when international flights resume next month.

The national carrier announced this evening it had reached an agreement with the Northern Territory government and Darwin Airport to reroute its flights from Melbourne and Sydney through Darwin, instead of Perth.

In a statement, Qantas said the Darwin hub arrangement would be in place in time for Australia reopening its international borders from November 14, and would continue until at least April next year.

The statement said while the change was temporary, the airline would monitor its performance and was "open-minded about what it could lead to down the track".

Qantas Group chief executive Alan Joyce said new flight route was a "safe and streamlined" solution to resuming international flights in a post-COVID environment and thanked the Northern Territory government for its support.

"Qantas has been flying repatriation services from London to Darwin as part of the airline's efforts to help bring Australians home over the past 12 months, so our pilots already have extensive experience operating this particular route."

"The convenience of this route will mean tapping into brand new markets for tourism and business," he said.

"It will also open up new opportunities for developing the aviation skills sector here in the Northern Territory."

It said Sydney-Darwin-London flight QF1 will fly five times a week and travel for a total of 17 hours and 20 minutes.

Passengers on the flights will be required to be fully vaccinated, return a negative COVID-19 test at least 48 hours before departing and be free of symptoms.

They will also need to wear a mask for the duration of their travel and inside all airports.

Qantas said passenger transit arrangements would be divided into two different stages in line with NT COVID safety protocols, with travellers limited to Darwin Airport during the first stage but having the option to leave the terminal and visit Darwin in the second.

It also said Darwin-based customers would be able to book seats on board the flight and travel non-stop to London.

Qantas has been operating direct Australia-to-London flights since March 2018.

The flights previously travelled via Perth but, in August, the airline revealed it was investigating the possibility of Darwin or Singapore as new transit points due to the Western Australian government's conservative border policies during the COVID-19 pandemic.