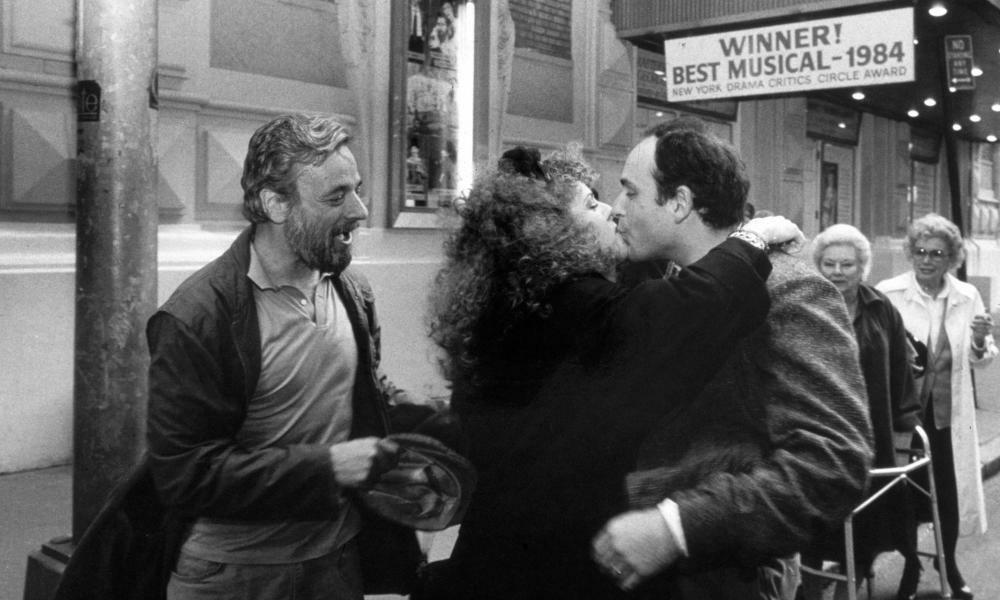 This book is a retrospective peep behind the curtain, an account of how a musical was conceived, written, produced, launched – and nearly died in its infancy. It is mostly fascinating, especially if, like me, you’re baffled by the mechanics of artistic collaboration. How is it that two people can find a common voice to make a single work of art?

In this case, it was a musical of a quite cerebral and challenging nature. In 1982, Stephen Sondheim was so depressed by the flop of his last project – Merrily We Roll Along had closed on Broadway after 16 performances – that he contemplated abandoning musical theatre to start on something new: video games. (Yes, really.) Before that ambition could take root he happened to meet a young playwright, James Lapine, who’d had some off-Broadway successes. At Sondheim’s apartment, they got together again, smoked dope and began throwing ideas around. After a couple of false starts, Lapine brought over a postcard of Georges Seurat’s painting Sunday Afternoon on the Island of La Grande Jatte, which set something off: it looked like 50 characters on a stage set. When Lapine pointed out that the main character was missing – the artist – Sondheim responded: “Boing! All the lights went on… a great moment.” Sunday in the Park With George was up and running.

Or perhaps just jogging. Sondheim still wondered if it shouldn’t be simply a play; Lapine hadn’t collaborated on a musical before and the only Sondheim he knew was Sweeney Todd. They were nervous of each other. The first song was a long time coming. But, slowly, the story of a painter, George, his mistress, Dot, and the tug between art and love came together; a cast was recruited and workshop rehearsals began at the off-Broadway theatre Playwrights Horizons. Lapine recalls this in a sequence of transcribed conversations, which gives the book a nice flow and allows all involved a turn in the spotlight. The musical director, actors, choreographer, set-designer, costume lady, sound and lighting people, indeed just about everyone bar the theatre’s lavatory attendant gets a say.

Alas, the format also encourages a lot of luvvie confessional (“I think it was just wildly brave of you to have decided to work with me”) and mutual backslapping. It becomes especially ripe when the show’s star, Mandy Patinkin, opens up. His great performance came at a price – “a pain in the ass”, according to one cast member – though he and Lapine appear to have found each other irresistible. By the end, the love-in between star and director feels like Sally Field’s Oscar speech rewritten as a duet. Lapine, recalling the struggles of 40 years ago, isn’t above polishing his own legend: “I’m actually somewhat in awe of my younger self.” Not everyone was so enamoured of it. Kelsey Grammer, having realised the director didn’t know “upstage” from “downstage”, eventually jumped ship on the project. Sondheim, with the wisdom of years, sounds a more considered and gracious presence. Lifelong acclaim, perhaps, relieves him of the need to blow his own trumpet.

Lapine has hold of a good story all the same. Right up to the opening (2 May 1984), the production danced on a knife-edge. The previews were terrible. People leaving the show were seen ripping up their programmes. Some left in the intermission or else halfway through the second act, which wasn’t yet finished: missing songs had to be filled by actors doing monologues. One interviewee talks of “walking ovations”, a phrase I hadn’t heard before – audience members clapping as they exit the theatre in embarrassment. “Sunday in the Dark and Bored” was one of the nastier jibes. Somehow, it survived. Two key songs were delivered for the finale (Bernadette Peters and Patinkin singing Move On is for me a highlight of the Sondheim oeuvre) and Frank Rich gave it a decent review in the New York Times. The twin impostors of triumph and disaster continued to stalk it. Two months after the opening, Sondheim had a heart attack – “probably not a coincidence”. The following year, it missed out on a Tony award but won a Pulitzer (go figure) for best drama.

You can read an alternative account of the show in Sondheim’s memoir-cum-lyric book Look, I Made a Hat (2011), in which he remarks on the emollient affect of working with Lapine. Often accused of writing cold, dispassionate scores, he was required in Sunday… to express via song “the straightforward, unembarrassed goodness” of Lapine’s characters. His tone changed “and I was the better for it”. Even genius needs help sometimes.

• Putting It Together: How Stephen Sondheim and I Created Sunday in the Park With George by James Lapine is published by Farrar, Straus & Giroux (£32). To support the Guardian and Observer order your copy at guardianbookshop.com. Delivery charges may apply