Russian President Vladimir Putin’s decision to invade Ukraine in February 2022 has, thus far, produced the opposite of what he expected.

Rather than deepening political fissures in the West, Putin’s invasion has united the leaders and populations of the majority of countries across Europe and encouraged further NATO expansion.

Putin also seems to have believed it would be relatively easy to capture Ukraine’s capital and topple its government. Instead, the Russian military lost the battle for Kyiv and experienced the humiliating sinking of its flagship Black Sea cruiser, leaving Putin to oversee subdued Victory Day celebrations on May 9, 2022.

These defeats, together with the deaths of thousands of Russian soldiers, have forced Putin’s generals in Ukraine to shift course and focus their attacks on the east and southeast of the country - areas that are more linguistically and ethnically Russian. The early results of the campaign to gain control in eastern Ukraine were disappointing for Putin. Once again, the resentment of Ukrainian civilians and effectiveness of the Ukrainian military stood in sharp contrast to his expected outcome.

Most leaders’ decisions are based on a mix of rational calculations and preexisting mindsets. Putin is no exception.

One of his key convictions is that Russians and Ukrainians are the same people, an idea he has talked and written about for years. It is an important part of why he proclaimed Russian soldiers would be welcomed in Ukraine.

Understanding Putin’s poor judgment requires a look at his failure to grasp shifts in how Ukrainian citizens have identified themselves since the Soviet Union collapsed in 1991.

For much of the period since the breakup of the Soviet Union, Ukraine saw notable regional differences in levels of support for pro-Russian presidential candidates vs. pro-Western ones. This pattern reflected the reality that many residents of the far eastern and far southern parts of the country saw themselves as closely aligned, culturally and politically, with Russia. Those in the far west of Ukraine, meanwhile, tended to identify with Europe more than Russia.

The visible divides in presidential election voting masked an important set of changes, in which Ukraine was becoming increasingly more Ukrainian - linguistically, ethnically and nationally. Going as far back as the late 1990s and early 2000s, social science researchers like myself have emphasized how Ukraine’s population, as a whole, was connecting less and less with Russia. At the same time, a discrete Ukrainian national identity was beginning to emerge.

This process sped up in 2013 and 2014, when the Russian-friendly President of Ukraine, Viktor Yanukovych, chose to sign an agreement with the Russian-led Eurasian Economic Union rather than with the European Union. Yanukovych’s decision sparked massive protests, known as the Maidan Revolution, which forced Yanukovych to flee the country. Putin’s subsequent actions to seize Crimea and aid separatist activities in the Donbas region of eastern Ukraine accelerated the weakening of the country’s attachment to Russia and the yearning among Ukrainians to look westward to Europe.

Volodymyr Kulyk, one of the most important scholars on Ukrainian identity and public attitudes about Russia, argued in 2016 that the blurry line dividing those who identified with the West from those who supported close ties to Russia “shifted eastward” after 2014.

Political scientist Elise Giuliano, a specialist on the politics of ethnic identity, provided evidence in a 2018 article that the majority of ethnic Russians in the Donbas did not support the actions of the pro-Russian separatists seeking to secede from Ukraine.

Growing support after 2014 across Ukraine for an overarching, civic national identity - based on Ukrainian citizenship rather than ethnic identity - was the most crucial change. It offered a means to unite ethnic Ukrainians and ethnic Russians in Ukraine.

My latest research examines the strength of a citizenship-based, civic national identity in Ukraine and how it relates to ethnic identity and language.

Quantitative and qualitative survey data offers evidence of how weak Ukrainians’ attachment to Russia and how strong their attachment to Ukrainian citizenship had already become before 2022, even among ethnic Russians and Russian-speaking Ukrainians.

Most respondents viewed a civic national identity based on citizenship as an important part of their self-identity. More participants in the survey saw this kind of national identity as an important or very important part of who they are than those who felt that way about the region they live in, the language they speak or their ethnic identity. Comments from respondents about the importance of being a Ukrainian citizen included statements like “Because I love my country”; “I do not betray my country”; and “I am proud of Ukraine, and I am a patriot.”

And so I wasn’t surprised to read about Oleksandr Vilkul’s staunch defense of Ukrainian sovereignty. A powerful politician in southeastern Ukraine, Vilkul had long espoused support for the rights of Russian speakers and closer ties with Russia. In early May 2022, The New York Times reported that the Russians approached Vilkul with an offer to align with the invading Russian forces.

Putin’s aggressive actions in the years leading up to the 2022 invasion had convinced Russian-speakers like Vilkul in eastern and southern Ukraine to think of themselves, first and foremost, as Ukrainians.

The horrific attacks Putin has unleashed this spring will only accelerate this process, I believe. The time and firepower needed to gain control of Mariupol, a heavily Russian-speaking city in eastern Ukraine, is symbolic of Russia’s short-term struggles and long-term problems.

Even if the Russian military were to gain and keep control of Ukraine’s east and southeast, it will come only after a long and terrible period of fighting and bombing. More homes, schools and hospitals in Ukraine’s most ethnically and linguistically Russian areas will be destroyed, and many more of the very people Putin claimed he sought to protect will lose their lives.

To the extent Ukrainians and Russians in Ukraine see themselves as one people, they increasingly do so as part of a multiethnic Ukrainian national identity anchored by shared citizenship and a shared love of the country Putin’s forces continue to assault.

In the long term, the ongoing attacks will further reinforce Ukraine’s civic national identity and solidify what Putin fears most from Ukraine: a broad desire to look westward, rather than eastward, for its future.

Lowell Barrington does not work for, consult, own shares in or receive funding from any company or organization that would benefit from this article, and has disclosed no relevant affiliations beyond their academic appointment. 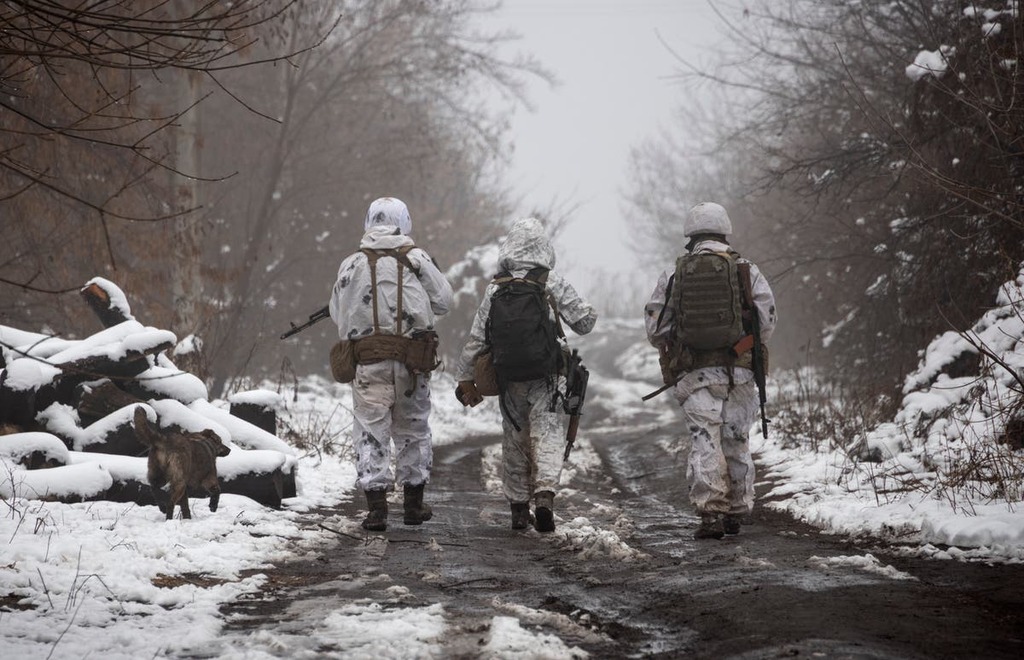 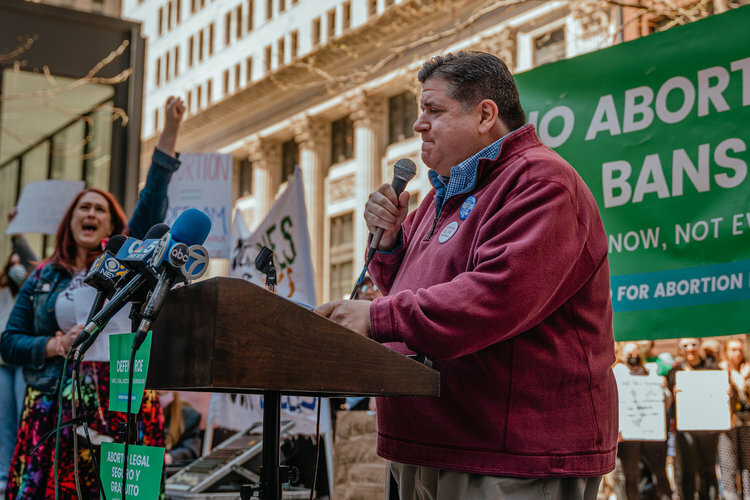 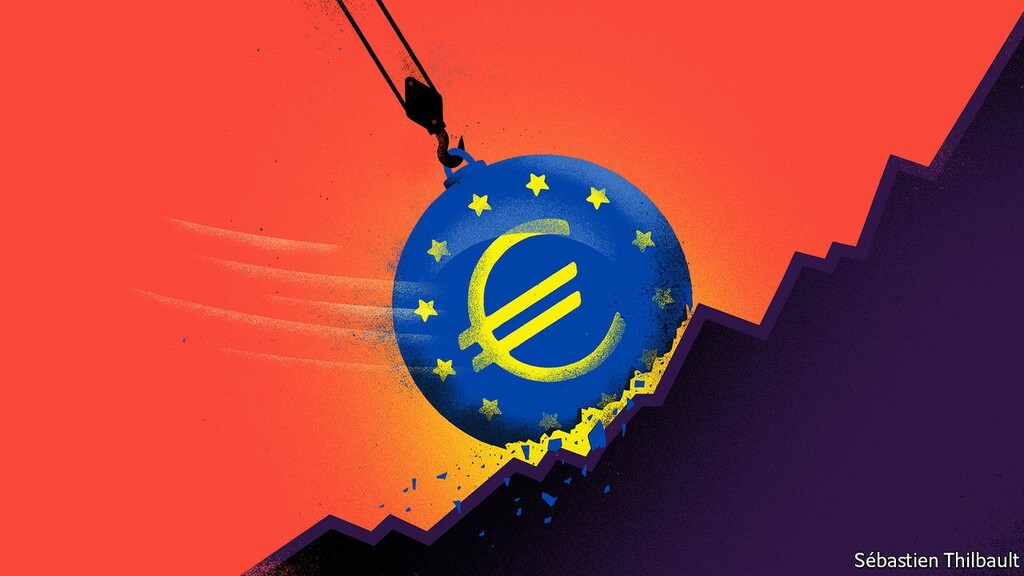