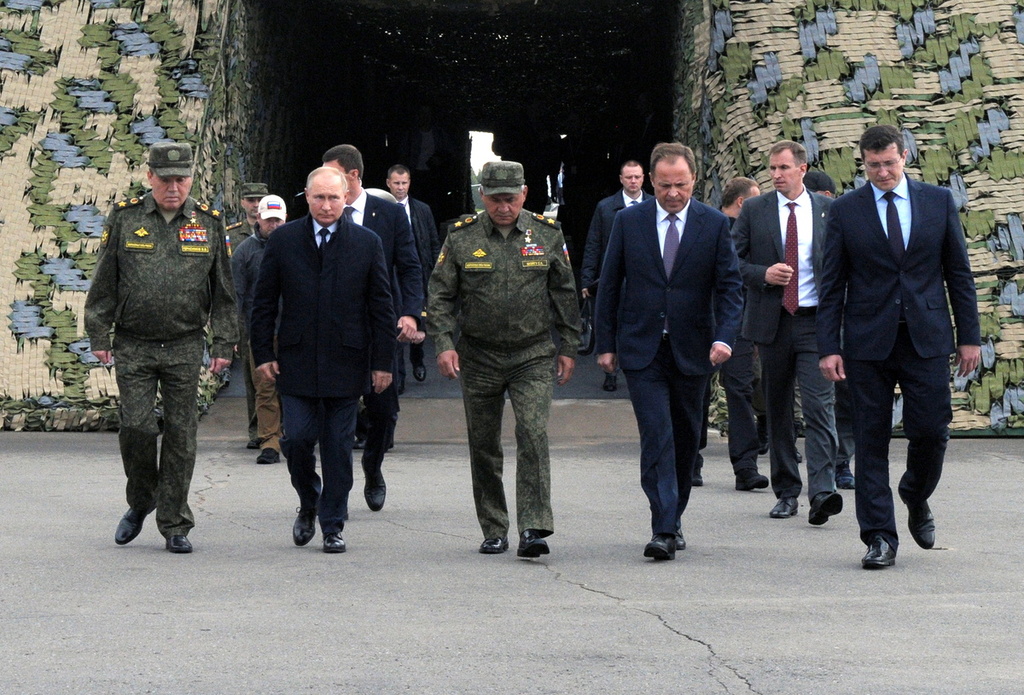 The sprawling "Zapad-2021" live fire exercises will run until Thursday at numerous sites in Russia and ex-Soviet Belarus, some of which are close to NATO's borders. They have caused alarm in neighbouring countries such as Ukraine.

Monday's exercises focused on launching a counter-offensive against enemy forces, the Russian Defence Ministry said. In the Arctic, Russia's Northern fleet and air force practised repelling an attack near its border with Norway.

Putin has said the drills -- which the defence ministry says involve 200,000 personnel, as well as 80 planes and helicopters and nearly 300 tanks -- are not directed against any foreign country and has called them a necessary response to increased NATO activity near Russia's borders and those of its allies.

Russia is due to hold parliamentary elections on Sept. 17-19. The ruling United Russia party that backs Putin is expected to secure a win despite a slump in its popularity.

NATO, which has accused Russia of under-reporting troop movements in the past, said it would watch the drills closely. NATO officials also warned that the drills increase the risk of an accident or miscalculation that could touch off a crisis.

"While each country has the right to conduct military exercises, limited transparency, wider context of the manoeuvres and the accompanying hybrid activities raise our concerns," Polish Foreign Minister Zbigniew Rau said.

He pointed to a Russian troop build-up near Ukraine earlier this year and a border crisis with Belarus in which Poland and the EU accused Minsk of encouraging migrants to enter Poland.

"Our countries and NATO as a whole remain vigilant," Rau told reporters after meeting his Baltic counterparts in Riga.

Moscow denies any lack of transparency and says it has voluntarily disclosed extensive information about the drills.