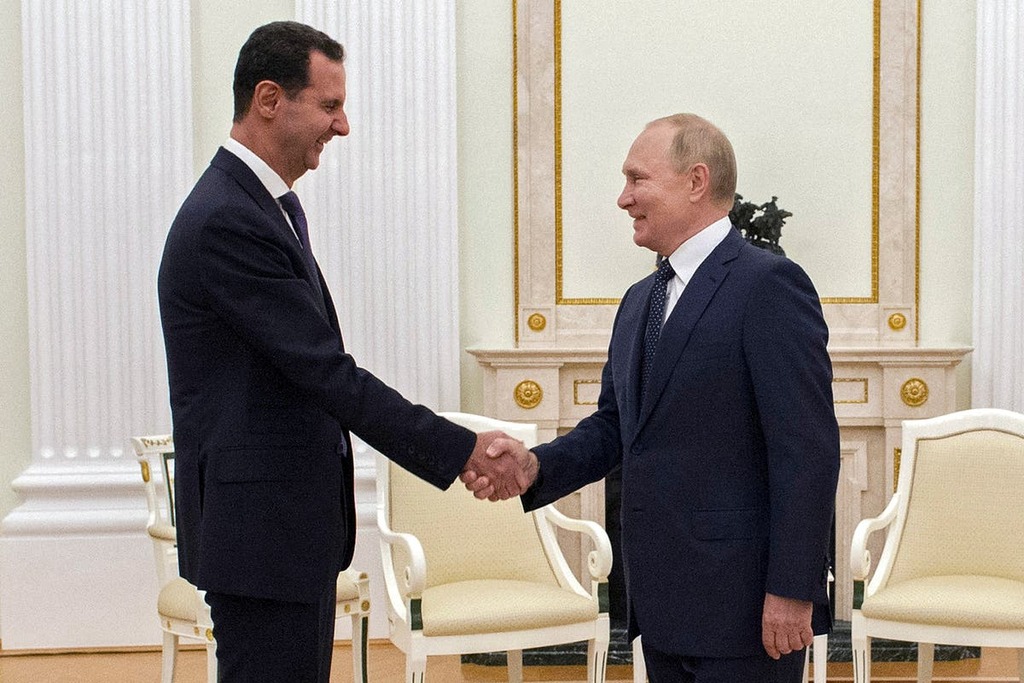 Russia’s Vladimir Putin and Syria’s Bashar Assad have held talks in Moscow on the cooperation between their armies and how to continue operations to gain control of rebel-held areas in Syria, state media in Damascus reported on Tuesday.

The meeting between the two presidents was the first since they held a summit in the Syrian capital in January last year. Syrian state TV described it as a long meeting but did not specify when it took place. The TV said the two were later joined by Syria’s foreign minister and Russia’s defense minister to discuss mutual relations and fighting terrorism.

Putin and Assad also discussed the political process in the war-torn country, the TV said.

Russia joined Syria’s 10-year conflict in September 2015, tipping the balance of power in favor of Assad, whose forces now control much of the country. Hundreds of Russian troops are deployed across Syria and they also have a military air base along Syria’s Mediterranean coast.

“I am happy to meet you in Moscow, six years after our joint operations to fight terrorism,” Syrian TV quoted Assad as saying.

In recent weeks, Syrian opposition activists said that Russian warplanes have been carrying out strikes on the northwestern province of Idlib, that last major rebel stronghold in the country.