Besides 2019's Spider-Man: Far From Home and its follow-up No Way Home (2021), Doctor Strange In The Multiverse Of Madness is the first film from Marvel's Phase 4 to feature a storyline after the events of Avengers: Endgame (2019).

Over the years, the story of Doctor Stephen Strange and his marvellous world of magic has become one of the most favourites among Marvel fans. Even though it's been six years since the original film, he constantly showed up as a supporting character in other heroes' movies rather than a star in his own. However, Doctor Strange returns with a bang in Multiverse Of Madness. The film sees influential filmmaker Sam Raimi return to the Marvel Universe after the Spider-Man trilogy, and he definitely brings the Doctor Strange franchise to a whole new level.

The story takes place a few months after the events of Spider-Man: No Way Home (2021), when Doctor Stephen Strange (Benedict Cumberbatch) pushes the boundaries further than ever before. He meets America Chavez (Xochitl Gomez), a teenage girl with the power to travel through the multiverse. Unable to control that power, she reaches out to Doctor Strange for help as she is being hunted by an evil force that wants to harness her power.

If you go into Multiverse Of Madness and expect something similar to the original Doctor Strange, you better think again. This is a different beast altogether. Prior to Tobey Maguire's Spider-Man trilogy, Raimi was already an established filmmaker in the horror realm back in the 80s, especially with the cult classic Evil Dead franchise. So Multiverse Of Madness is perhaps Marvel's first film that dives deep into more supernatural, dark fantasy elements as Raimi's signature styles of weirdness and spookiness are on full display from start to finish here. It's quite refreshing to see something new, especially since many previous Marvel films had a mainstream vibe.

Multiverse Of Madness' success also stems from the actors' performances. There's not a bad actor in the bunch here. We see old cast members like Rachel McAdams and Benedict Wong return as Christine Palmer and Wong. Benedict Cumberbatch is as good as always in the role of the maniacal sorcerer, and his encounter with Wanda Maximoff/Scarlet Witch, portrayed by Elizabeth Olsen, is terrific in terms of the emotionally-charged dynamic between them. However, it is Olsen who delivers a solid performance here. The way she switches from one character to the next is incredible. The scene where Wanda walks across the screen in a rage and her face is covered with blood is terrifyingly reminiscent of the evil girl with psychic powers in Carrie (1976). And if you thought that the multiverse in No Way Home was amazing, brace yourselves because Multiverse Of Madness has a tonne of awesome surprises for you, particularly in regards to superhero cameos -- and they are not what you would expect.

While the movie may start off like Marvel films you're used to, around the halfway mark it shifts in tone completely to something darker, nastier and more violent. The director uses his signature skills to full effect here, whether it's quick transition shots and sequences or the way he overlaps strong visuals with layering. There are creepy monsters, creatures and even the undead here. The jumpscares are also effective and audiences will be unable to predict who is going to live or die in this high stakes film. The movie also dives deeper into the consequences Doctor Strange has to face after making the wrong decision to give his Infinity Stone to Thanos in Avengers: Infinity War (2017). There's also the cool concept of the Dark Hole and evil spells that you can conjure from. With all the weird and creepy elements, the movie is probably not going to be for everyone and particularly not for young kids. But as a horror fan, I really enjoyed what Raimi brought to this franchise.

While Multiverse Of Madness may not be the perfect Marvel film, it is another testament to Marvel Studios, who allow their filmmakers to run with it. In this case, they allowed Raimi to shape the new era of Doctor Strange according to his vision and his unique style of storytelling. I think what may work against this film for a lot of viewers is probably their own expectations. 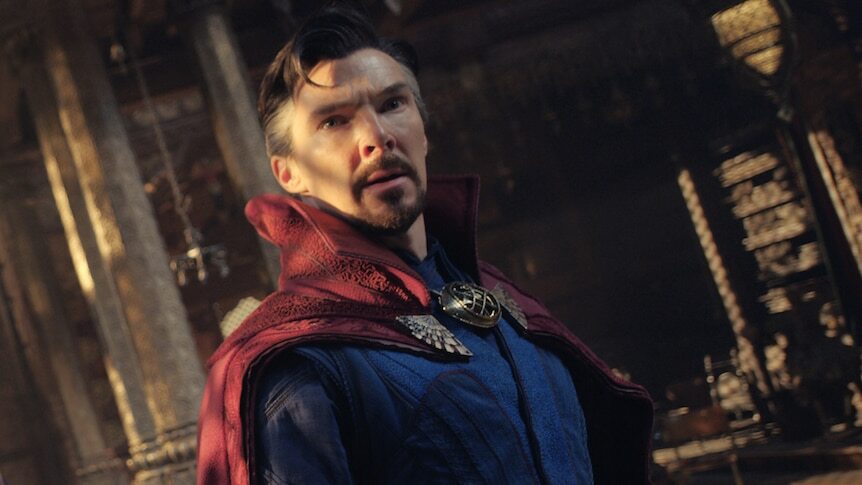 Doctor Strange in the Multiverse of Madness: Benedict Cumberbatch and Sam Raimi team up for Marvel's crowd-pleasing but creatively lacklustre latest
The director of the OG Spider-Man trilogy and Evil Dead is no match for Marvel's multiverse madness and increasingly fan-driven…

ABC News
One subscription that gives you access to news from hundreds of sites
Doctor Strange in the Multiverse of Madness review: Sam Raimi can’t rescue what amounts to a total mess

Marvel sequel kicks off with relentless exposition, before buckling further and further under the weight of its magical MacGuffins

The Independent UK
Why 'WandaVision' fans will be 'heartbroken' by 'Doctor Strange 2'
What is "Doctor Strange in the Multiverse of Madness" if not "WandaVision" persevering?