Pushing Buttons: What the EA-Fifa split means for fans

Welcome to Pushing Buttons, the Guardian’s gaming newsletter. If you’d like to receive it in your inbox every week, just pop your email in below – and check your inbox (and spam) for the confirmation email.

Welcome back to Pushing Buttons! Yet again, some absolutely massive news in the gaming world happened just after the last issue hit your inboxes: EA Sports, which has been making Fifa-branded football games for nigh on three decades, has followed our columnist Dominik Diamond’s example and broken up with Fifa.

Future football games from the developer, which has built a huge part of its fortune on Fifa’s $20bn in sales, will be called EA Sports FC, starting next year. Immediately I thought: ooh, this is going to be juicy. Has Fifa been spooked by the continuing governmental backlash against EA’s lootbox-fuelled Ultimate Team mode, which could ungenerously but not inaccurately be described as gambling-adjacent? Has there been drama brewing somewhere at the EA Sports studio in Vancouver, or Romania? There’s got to be a story here.

Perhaps predictably, as this involves two of the richest and least popular corporate entities in their respective fields, the story that has emerged is actually about money. The New York Times reported last year that Fifa wanted to charge EA one billion dollars over four years for use of its name when the current licensing deal came to an end, and there were arguments over what that license would actually entail, in terms of exclusivity. Fifa wanted to cash in on other video game partnerships, too.

The statement from Fifa president Gianni Infantino is hilarious. He seems to believe that in one year’s time, other developers will be able to create football video games that are just as good as the ones that EA has poured actual decades of technical expertise and research into. “I can assure you that the only authentic, real game that has the FIFA name will be the best one available for gamers and football fans. The FIFA name is the only global, original title. FIFA 23, FIFA 24, FIFA 25 and FIFA 26, and so on – the constant is the FIFA name and it will remain forever and remain THE BEST.”

How long’s it going to take for someone else to scan hundreds of player models, Gianni? How about recreating all the stadiums, all the strips, all the other detailed hallmarks that make EA’s Fifa so authentic? Fifa’s millions of players love to argue about the tiny changes to the rhythm of play that come with every year’s iteration but ultimately, this is an extraordinary football simulation built on a peerless technical foundation and a huge amount of effort. You can’t just farm out the licence to someone else and expect them to come up with anything like EA Sports’ Fifa, especially not in two years or less.

Going by Fifa’s extended statement on its plans for video games going forward – unsurprisingly, you can see the dollar signs spinning in their eyes – we can now anticipate a bunch of different smartphone games bearing the Fifa name, all from different developers, all cashing in maximally on all of Fifa’s various events and tournaments. Fifa is also “engaging” with “publishers, studios and investors” on a bigger football simulation, which will need to be out in 2024. As mentioned: good luck to them on that front.

This is such a perfect example of corporations’ lack of understanding of video games, what it takes to make them, any why people even play them. With the notable exception of Microsoft, which has nonetheless thrown billions into a money pit in the course of establishing the Xbox as a credible name in video games, no huge external company has ever succeeded when it storms into the games world with drastically unrealistic expectations and no respect for how game studios work. Amazon has failed. Google has failed. It would be rather gratifying to see Fifa fail at this too, frankly.

As for EA: we’re looking at a football metaverse from now on, really, with the football simulation sitting alongside clips from matches and social spaces and, god help us, probably NFTs. I’m sure they’ll do a very good job of it, and that it will be frighteningly efficient at extracting money from the people who interact with it. I’m not a Fifa player and my interest in football is limited exclusively to supporting Germany in every World Cup (sue me, I’m Scottish and we never get to take part), so this is something I can watch with detached interest. Diehard Fifa fans, however, who see the game as a fixture of their gaming and social lives, might be feeling more trepidation as we find out what the future of sports games looks like.

I’ve turned to one of our critics, Sarah Maria Griffin, for this week’s game recommendation, partly because I was irresistibly intrigued by the name: Turnip Boy Commits Tax Evasion. “This anthropomorphic vegetable romp lives somewhere between the flash web cartoons of the early ‘00s and the 2D Zeldas,” she says, “though mercifully the tone is more reserved than the slapstick ‘lol random’ tone of the era it references. As the story unfolds it gains surprising depth, and there are two absolutely gasp-inducing horror moments. The apparent goal of the game is to pay off a debt to the mayor, but the Turnip Boy’s personal goal is the collection and destruction of pieces of important paper – love letters, deeds, evidence – all revealing details of a world far bigger it seems. Turnip Boy is full of surrealism and surprising heart: don’t be fooled by the silly title, there’s more here than meets the eye.”

The beautiful game got ugly: why I broke up with Fifa

Today’s question comes from reader Benjamin, who is finding Elden Ring too stressful to play with a baby sleeping on him: What would you suggest might be a good peaceful game for a very sleep-deprived dad?

Hang in there, Benjamin, I remember these days well. For many, many months when my kids were newborns, I stayed up all night with them playing video games while they intermittently slept and fed. I was so sleep deprived that I could remember almost nothing from night to night (I still barely remember these games now), so anything that was remotely difficult to follow was out of the question.

Stardew Valley was my absolute go-to, a calm and repetitive farming game that recently sold its 20 millionth copy. (I played it for over 60 hours in the middle of the night and remember none of it.) Final Fantasy XV involved a surprising amount of just driving around, and the story was so ludicrous that it didn’t matter that I couldn’t follow it properly. Mini Metro just launched on Nintendo Switch and has you arranging transit systems in an unexpectedly zen fashion. Animal Crossing, of course, because it’s both quite mindless and very kind. Persona 5 just felt like an endless fever dream at the time but I enjoyed it nonetheless. Oh, and this game is in no way relaxing, but I played a lot of doomed space adventure Faster than Light on my iPad. 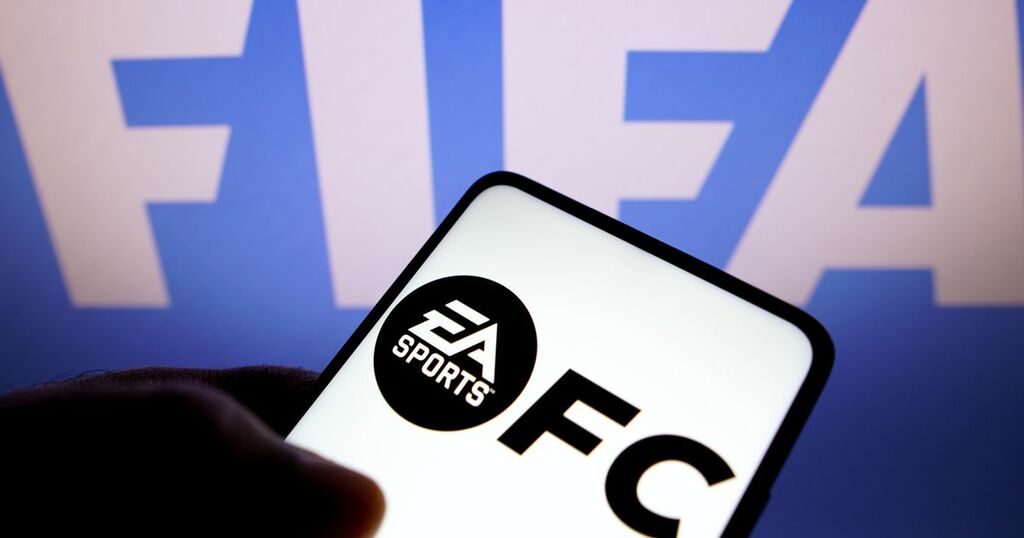 Will there be a FIFA 24? The future of FIFA confirmed after EA Sports divorce
EA Sports has confirmed that its relationship with FIFA will end after the launch of FIFA 23, which is expected…

Arsenal travel north to face Newcastle United on Monday night in the Premier League, so we simulated the game to…