There is a growing push for Scott Morrison to be investigated by parliament’s powerful privileges committee over his decision to secretly appoint himself to five additional ministerial portfolios.

The Greens’ legal affairs spokesperson, Senator David Shoebridge, and the independent MP Sophie Scamps have both said the privileges committee should investigate Morrison. Fellow independents Zali Steggall and Kate Chaney think a referral should be considered.

A privileges committee investigation concerning possible contempt of parliament would require support from the government, which is waiting on the solicitor general’s advice due next week.

The prime minister, Anthony Albanese, on Tuesday labelled the appointments “a misleading of parliament as to who was holding what portfolios and who was responsible” and warned Morrison and his ministers would be “held to account”.

Shoebridge told Guardian Australia the creation of “secret ministries” was an “attack on parliamentary accountability” that should be investigated as a matter of urgency by the privileges committee.

“How can a parliament hold a minister to account if we don’t even know the minister exists?” he said.

Scamps said the “unprecedented undermining of cabinet and good governance undermines public trust in our democracy and it should be urgently referred to the privileges committee”. “Australians deserve better, so understanding what happened when, and who knew what, will be the first step in restoring trust in our democracy,” she said.

Albanese on Tuesday said it was “completely extraordinary” the appointments were “kept secret by the Morrison government from the Australian people”.

He noted the prime minister tabled a statement of who was responsible for each portfolio in parliament – lists that never included Morrison’s additional ministries.

Albanese said the government was still working through the implications of statements he labelled “completely contradictory”. “It’s an attack on the Westminster system of parliamentary democracy as we know it.”

Chaney said the matter could be referred to the privileges committee “on the basis that his actions may have impeded the ability of the house to perform its functions”.

“Whichever avenue is taken, this does not pass the pub test. We need to ensure no precedent is set: this cannot happen again,” the independent MP said.

According to the lower house practice book, “the allocation of portfolios and any ministerial and departmental change is notified publicly and announced in the house” although “temporary ministerial arrangements may be made by the prime minister without reference to the governor general”.

Constitutional law expert Prof Anne Twomey said “it certainly is practice” that ministerial changes are announced in the House of Representatives, but it was unclear whether it was a “requirement”.

“If there is no standing order to require it and it is just a practice, you would be hard pressed to say it is a contempt of parliament to not to do it,” she said.

After several reshuffles, Morrison presented lists of his ministry to parliament that omitted his double-appointments, including one on 30 October 2020 claiming to be the “full ministry”.

Steggall said the secret appointments “seem to be part of a Trumpian desire to turn the prime minister into a presidency, where the PM would gain ultimate say on decisions and the ability to override ministers”.

Steggall said the option of referral to the privileges committee was “live”. It “needs to be looked at”, she said.

On Tuesday, Morrison gave a lengthy explanation on Facebook, claiming he had taken on the portfolios because “the risk of ministers becoming incapacitated, sick, hospitalised, incapable of doing their work at a critical hour or even fatality was very real”.

Morrison said it was “not uncommon for multiple ministers to be sworn to administer the same department” and he considered it “prudent and responsible” for him to gain the portfolios as “a ‘break glass in case of emergency’ safeguard”.

“I also did not wish ministers to be second-guessing themselves or for there to be the appearance to be a right of appeal or any diminishing of their authority to exercise their responsibilities, as this was not the intention of putting these arrangements in place.

“The use of the powers by a prime minister to exercise authority to administer departments has clearly caused concern. I regret this, but acted in good faith in a crisis.”

The Wentworth independent MP, Allegra Spender, said she would reserve her position until after seeing legal advice, adding that the “real issue is the lack of transparency”.

“Many people, if it had been transparent, would’ve given a lot of licence because of understanding what a difficult moment [the pandemic] was.” 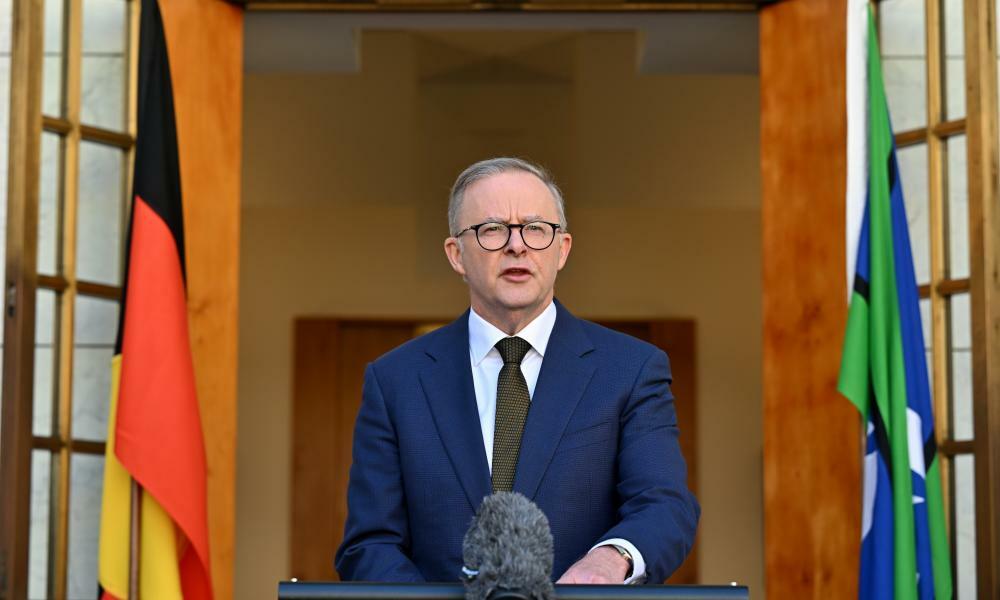 The Guardian - AU
From analysis to the latest developments in health, read the most diverse news in one place.
Barnaby Joyce says ‘nothing illegal done’ by former PM amid calls to resign – as it happened

The Guardian - AU
Morrison should have told us: ex-minister

Scott Morrison should have told his cabinet ministers about his plan to swear himself in to other portfolios, ministerial colleague…

AAP
One place to find news on any topic, from hundreds of sites.
Scott Morrison’s ministerial meshuffle: why did he do it, what was happening and where to now?

Who else knew? What powers did Morrison exercise in the portfolios? And did he break any laws?