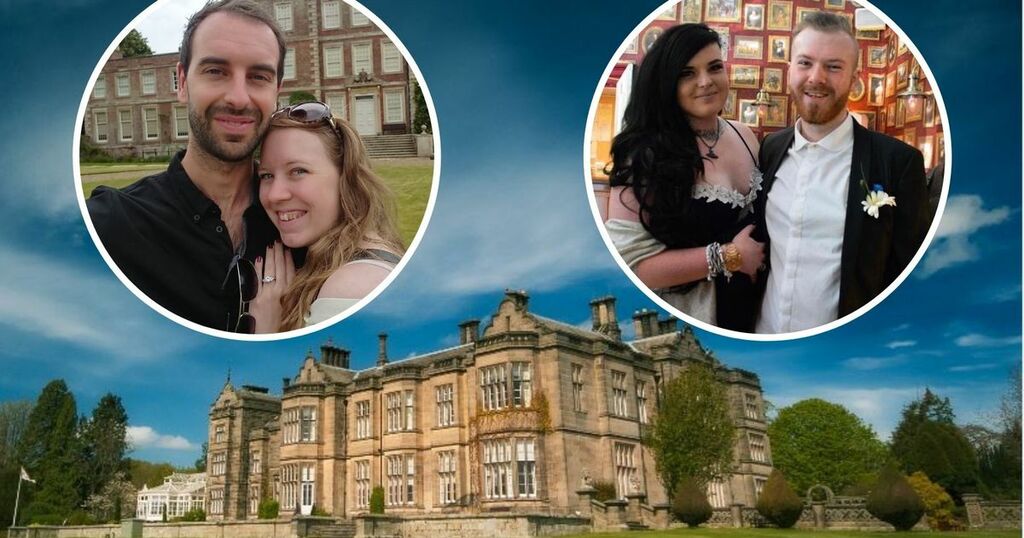 The decision of a North East's wedding venue to almost triple its prices has been widely condemned by Chronicle readers.

Matfen Hall in Northumberland has left a number of couples devastated after telling them they would need to fork out at least £20,000 to hold their date.

The venue, which was recently taken over by the Walwick Estate Group, has claimed it cannot continue operating at a loss with the fees previously agreed.

But their reasoning has bought them little sympathy from North East residents, who left hundreds of comments criticising the decision after The Chronicle reported on couples Chris Marshall and Laura Davies and Zac Mavin and Beth Roberts, who were left heartbroken after the unexpected price hike forced them to change their wedding plans.

Rach Warley wrote: "Used to love here for a spa night with my daughter but since they've literally doubled their prices, we cannot and will not anymore.

"Pure greed. I have a beauty salon which was closed throughout lockdowns but I haven't put my prices up."

Claire Robinson added: "Those poor couples. My heart goes out to them. I feel so sorry for the staff working there too as I can't see there being a bright future at the hall until present management/owners go.

"Their reputation has been irreversibly damaged."

Kay Robertson-Fenwick wrote: "How would anyone ever trust them with their wedding plans. Reputation finished with one ill-considered decision."

Other readers discussed their happy memories of Matfen Hall and their own wedding days, expressing sadness at the current situation.

Rebecca Kinnersley said: "We got married there 5 years ago it was 9000 then. It's crazy to see how much they are expecting people to pay. Unless it's in their contract they shouldn't be required to pay additional monies."

Daniel Tolan added: "We got married there 7 years ago and everything was amazing, couldn’t do enough for us. Entire package was £6k. Shame new owners getting greedy. Sad to see."

Naomi Alexandra Austin wrote: "My sister got married there in 2000 & it was one of the first weddings they had ever hosted. It was a fab day & was a lot more simple then.

"No leisure facilities & only the underground vaults bar & I think I remember them getting it for about £2.5k!! It’s so sad to see what’s happened… £20k just for a wedding venue?"

Matfen Hall says it has honoured 119 weddings agreed by the previous management, costing the hotel more than £1.2m.

However, it says it cannot continue "running a loss" adding it was a "difficult decision" to make in what is a challenging time for the hospitality sector.

A spokesman said: "The hotel employs over 130 people and uses many local suppliers that rely on us.

"Our team cares passionately about our guests and ensuring they have the wedding of their dreams. However, it is not possible to absorb those costs indefinitely while at the same time ensuring that Matfen Hall remains a venue where people can come to relax and get married for many years into the future.

"We understand that this will be disappointing for those affected by this difficult decision, made in light of what is currently an extremely challenging time for the hospitality sector.

"The challenge of running weddings at a loss has been further compounded by the huge labour shortages we are now seeing in the UK hospitality industry.

"At the time we made our commitment we could not foresee the huge additional strain this would put on our existing staff to handle the volume of weddings we have seen as a result of postponements and cancellations that have been brought forward.

"Every wedding is special and this is an outcome we tried our utmost to avoid. We have returned all deposits and given more than nine months’ notice to all those affected, but we recognise the disappointment this has caused."