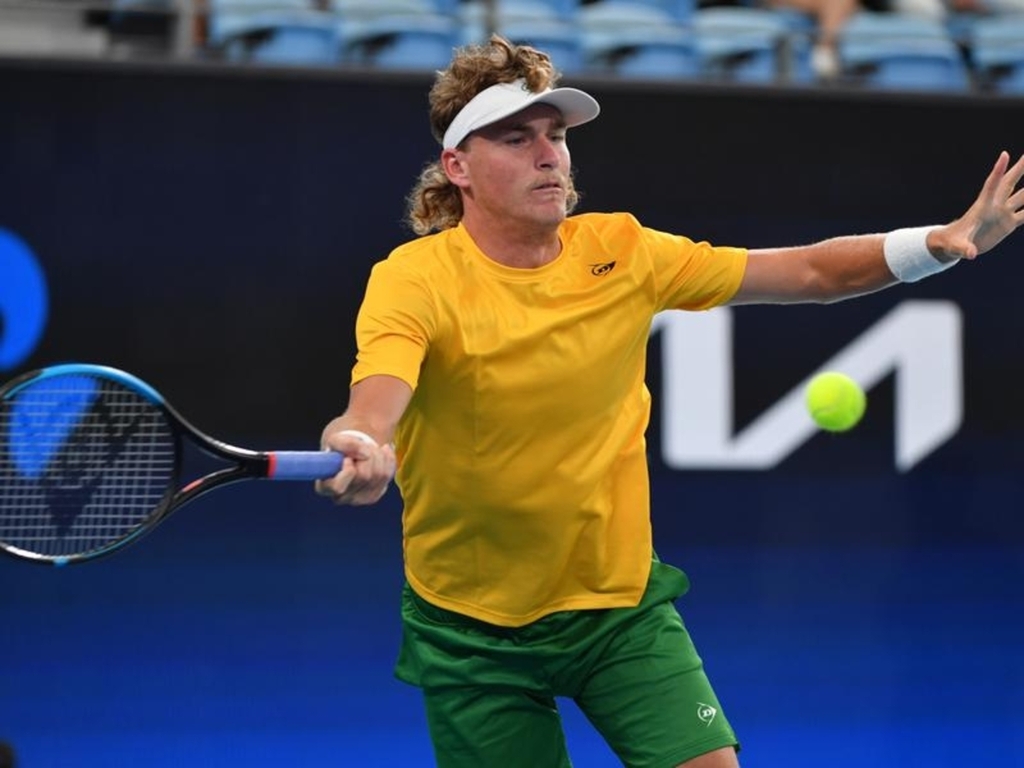 Emerging talent Max Purcell has lashed tennis legend Lleyton Hewitt, claiming the Davis Cup captain "didn't have the balls" to tell him he'd missed out on an Australian Open wildcard.

Purcell, who reached the 2020 Australian Open doubles final with Luke Saville, has excelled in singles recently but is going through qualifiers in a bid to reach the Melbourne Park main draw for a second time.

The 23-year-old was a late call-up for James Duckworth in Australia's opening ATP Cup match last week in Sydney, when he spent time with national captain Hewitt.

But Purcell said Tennis Australia performance director Wally Masur had been left to break the news he hadn't received a wildcard.

"I actually was told I'd know on Thursday," Purcell said after his 6-4 6-2 first-round qualifying win over Evgeny Donskoy on Monday.

"(Then) I'm hearing whispers in the Australian locker room from Lleyton saying something to 'Crabby' (Australia coach Jaymon Crabb).

"Then, at like 11 o'clock at night, I messaged Wally saying, 'mate, I've got three hours to pull out of Sydney (the Sydney Tennis Classic), otherwise I'll be stuck playing Sydney instead of (qualifiers). What's going on?'

"So I didn't end up finding out until 11 o'clock Thursday night because I guess he (Hewitt) didn't have the balls to tell me in person."

Purcell was "surprised" to miss out on a wildcard but also "expected" the bad news after being consistently overlooked.

"I've never been one of Lleyton's boys, so in the back of my mind I'm always like 'I'm probably not going to get one'," he said.

"... I've had that expectation that it doesn't matter where I'm ranked, I'm just not going to get it.

But he suggested there needed to be "a little bit of a change in leadership" in terms of who handed wildcards out.

Purcell believed being "a bit of a smart arse" throughout his junior career had hurt his relationship with Hewitt and said he'd tried to reach out through his coach, Nathan Healey, but without success.

Purcell is not the first player to call out Hewitt, with Bernard Tomic and Nick Kyrgios among several others to have clashed with the Australian captain in recent years.

Tomic, once again also overlooked for an Open wildcard, begins his qualifying quest on Tuesday against Russian Roman Safiullin.

Fellow Australians Rinky Hijikata, Dane Sweeny, Philip Sekulic and Kim Birrell are safely through to the second round of qualifying after winning on Monday.

But James McCabe, Li Tu, and Charlotte Kempenaers-Pocz crashed out.