As the groundwater crises loom large in the country’s key grain-producing States of Punjab and Haryana, both the governments are pushing farmers to move away from the traditional ‘puddling’ practice and instead adopt the direct seeding of rice (DSR) technology this summer (kharif) season.

In a bid to motivate farmers to adopt DSR, the Punjab government has announced to give ₹1,500 per acre incentive to the farmers for sowing paddy through this innovative technology. In the neighbouring State of Haryana, the government has introduced a cash incentive of ₹4,000 per acre to the farmers. This incentive-based scheme will be implemented in 12 districts, including Ambala, Yamunanagar, Karnal, Kurukshetra, Kaithal, Panipat, Jind, Sonipat, Fatehabad, Sirsa, Rohtak and Hisar.

Generally, farmers in Punjab and Haryana sow paddy by flooding (puddle) their fields with water, which over the years has resulted in a reduction in groundwater levels. Punjab’s average groundwater level has dropped to 170 feet.

With the direct sowing machine, which runs on a dry field, there is no need to flood the field for paddy seeding. After sowing, the field needs water after 21 days. In the traditional method, where fields are needed to be flooded before cultivation, water consumption is very high.

Last season, paddy was sown directly (DSR) in 6 lakh hectares across Punjab and this year it is expected that it will be sown in 12 lakh hectares. The total area under paddy, including the basmati rice varieties, during the last kharif season (2021-22) was 31.45 lakh hectares, according to agriculture department data.

“On an average, the irrigation water requirement of puddle-transplanted rice is 140 cm while in the DSR technique, called ‘tar wattar DSR’, it is 110 cm. There is an irrigation water-saving of about 20% which leads to saving 12 lakh litres of water per acre or 30 lakh litres of water per hectares,” Makhan Singh Bhullar, a principal agronomist at Punjab Agricultural University (PAU) said. This step would be instrumental in saving nearly 15%-20% water as compared to the conventional puddling method during the life cycle of crops, he said.

According to government data in Punjab, currently, the water table is falling at a rate of 86 cm per year, leading to a precarious situation where no underground water will be available across the State in the coming 15-20 years.

Though upbeat about the new technique, farmers and farm outfits in Punjab are apprehensive about the lower productivity and a lower amount of incentive amount offered by the State government.

Daljinder Singh of village Jeond in Bathinda, who using the DSR technique for the past two years is all set to sow paddy this season well. “There is no reason why every farmer should not use this technique. In comparison to the traditional puddle planting of paddy, I am saving labour costs and water for irrigation. I am saving around ₹6,000 per acre on labour and fuel cost, since this technique hardly needs manual labour. I save a lot of groundwater as the crop does not need frequent irrigation as is the case with puddled paddy fields. Besides, I am getting the same yield as I used to get earlier when I used the puddling technique. It’s a win-win situation for farmers,” said Mr. Daljinder.

Harvinder Singh, 55, pointed out that while the DSR is less labour-intensive and saves water, the crop’s yield is a little less in comparison to the traditional method. “I feel that the government should make provision for supplying canal water and power as a special case for farmers using DSR as an encouragement,” Mr. Singh, who hails from Dhanaula village, said.

Expressing concern over a lower incentive amount offered to farmers by the Punjab government, Jagmohan Singh, general secretary, Bhartiya Kisan Union (Ekta Dakonda), said that the government should give at least ₹5,000 per acre as incentive.

“We are in favour of the DSR technique as it will help in saving the groundwater. But in many parts of the State, the soil is such that it does not give the desired result. Direct planting is not suitable in sandy and loamy sand as there have been instances where farmers are witnessing a lower yield of their paddy crop, besides the weed problem. So, to compensate for this lower yield we want the government to give at least ₹5,000 per acre, which would help the farmers to mitigate any loss,” said Mr. Jagmohan Singh. 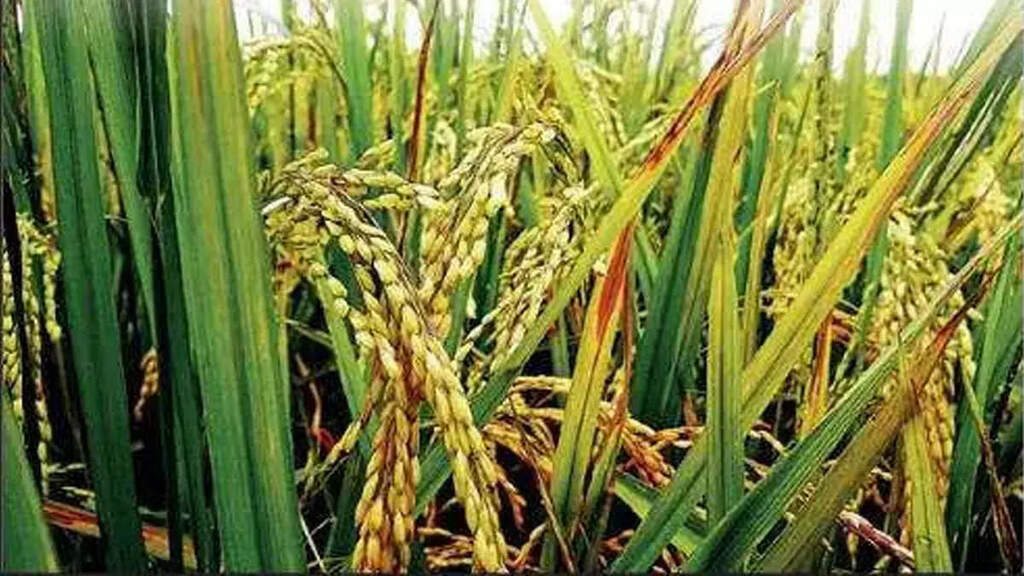 The Times of India
One subscription that gives you access to news from hundreds of sites
Heat, hardship and Punjab’s bitter harvest

Wheat farmers in the state struggle as extreme weather leads to falling yields, and desperate measures.Agriculture will become more uncertain…